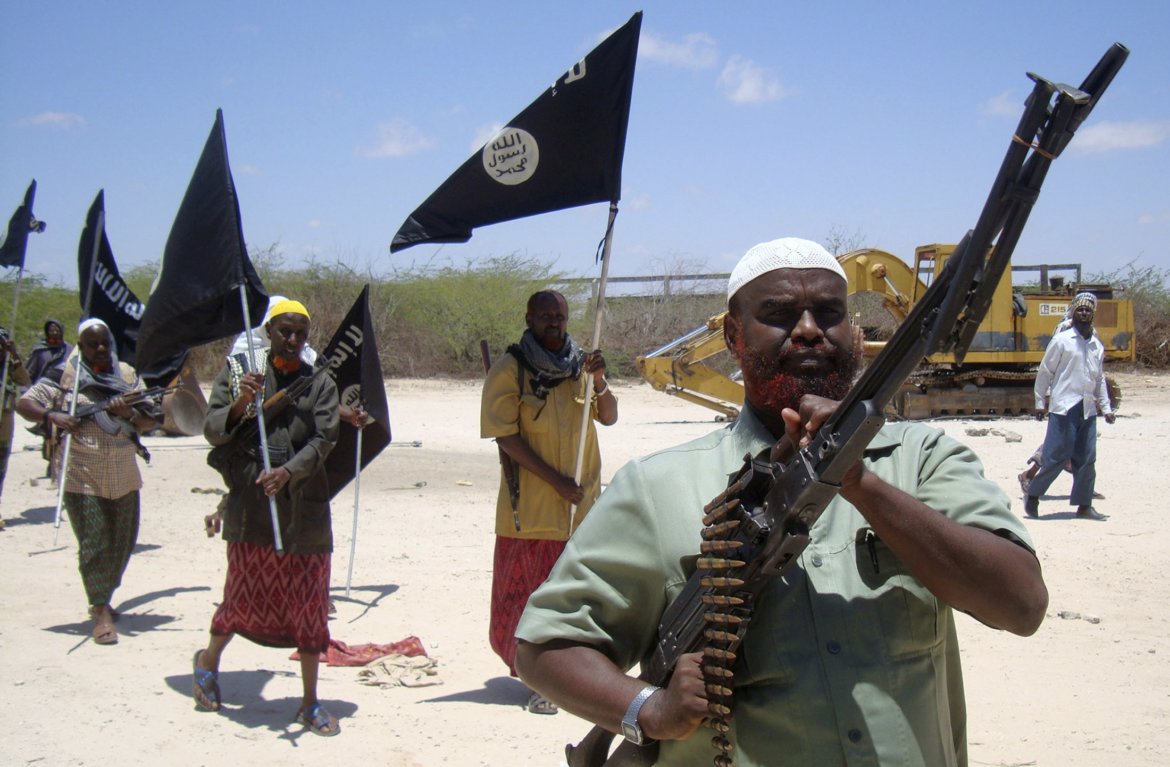 The African Union Mission in Somalia (AMISOM) on Thursday confirmed that the leader of the militant group al-Shabaab has surrendered to government forces in Baidoa town in southern Somalia.
The AU mission confirmed that Hussein Mukhtar surrendered to the Somali National Army (SNA) on Tuesday following a government amnesty offer for militants to surrender.
“AMISOM calls on al-Shabaab fighters to heed the government’s amnesty,” AMISOM said in a statement.
It called on al-Shabaab militants to lay down their weapons and join the Somali people to rebuild their county.
“AMISON hopes that other sons and daughters of Somalia who have been misled into terrorist acts will emulate the courageous action of Mukhtar,” it said.
The Somali government announced an amnesty offer in 2014 to members of the al-Qaida linked group al-Shabaab, which had been launching attacks on government forces and AMISOM.
NAN recalls that al-Shabaab once controlled much of southern and central Somalia and imposed a harsh form of Islamic law that banned music and led to public amputations for accused thieves.
Government and African Union troops have recaptured most of the territory, but the militants were still able to kill several members of parliament last year, and launch two major assaults on the presidential palace.
The Somali government first offered amnesty to al-Shabaab fighters last September, after al-Shabaab’s top leader Ahmed Godane was killed in a U.S. airstrike.
Since Godane’s death, al-Shabaab’s leaders have been divided, but it has remained a strong fighting force and challenge to the Somali government.
In words directed at the militants, then president Hassan Mohamud said he knows many al-Shabaab members joined for “reasons that made sense at the time,” including the need for money, or a sense they were proving themselves to be good Muslims or good Somalis.
But, he added, “What you did does not have to dictate the rest of your life.”
Mohamud acknowledged some Somalis are uneasy about amnesty for al-Shabaab members. He said those who defect go through a process of “supervised rehabilitation” and are monitored by Somali security forces to ensure they continue to reject the militant group.
He asked Somalis to “accept the need for concession and to exercise forgiveness” in order to close “a dark chapter in Somalia’s history.”

Three Helicopters Bought by Ghana at a...