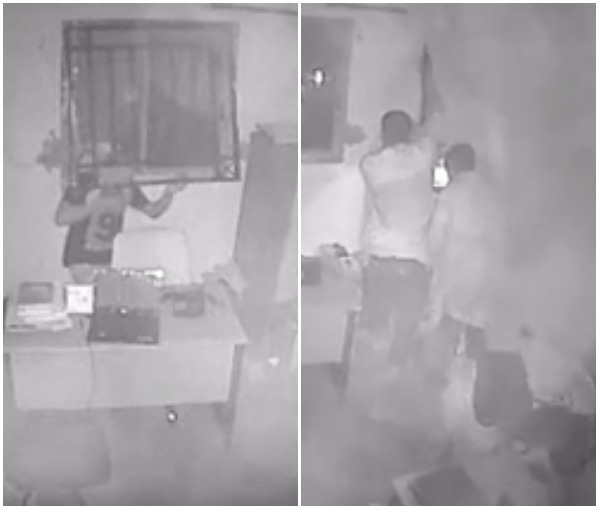 Four yet to be identified robbers broke into AYM Filling Station located in Apo, just beside Shoprite in Abuja, on Tuesday, May 30, 2017

After gaining entrance through the window, the four robbers ransacked and destroyed some valuables and broke their way out through the door.

The video was recorded by the security camera at the filling station, two of the robbers are seen with bags they planned to load their loot into after the operation. They were also armed with weapons which they used to destroy cabinets and also torch light.

Here’s a footage of the robbery that happened overnight

Watch footage of robbery at AYM Shafa Filling Station in Apo, Abuja was last modified: May 31st, 2017 by Reporter