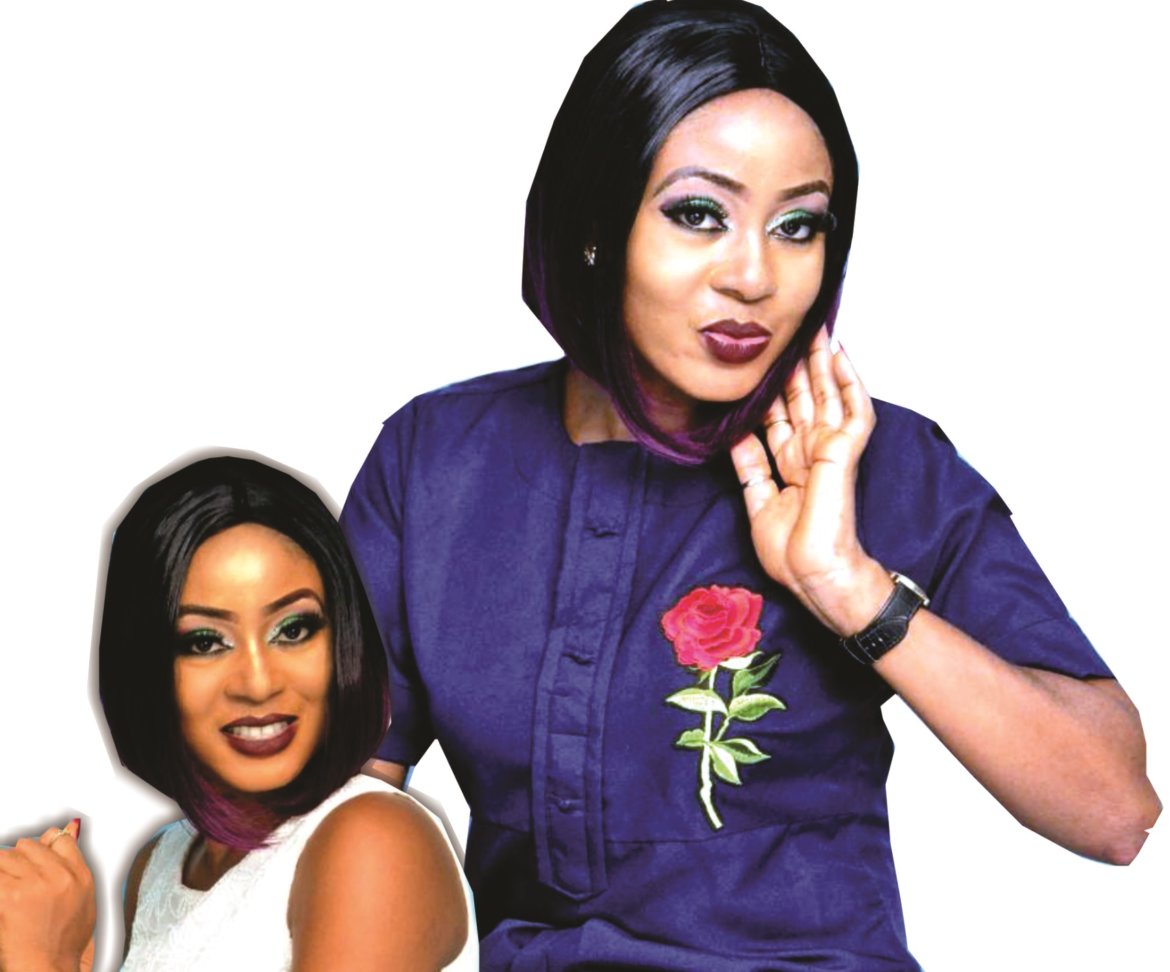 She visited City People office last week during which she shared her experience as a mother and wife and her challenges as an actress with NIFE KAZEEM.

When did you start your career as an actress?

It all started in 2010 when I was watching one of the Yoruba movies.While watching, I saw a number being scrolled on the screen with the message that actors and actresses were needed for audition. So, I wrote it down and called the number immediately. I explained my reason for calling. I was then told to come for an audition and I was being auditioned by Khamorudeen Zaba (a.k.a. Radika). He is my great boss till date. That was how my acting career started.

As a Mass Communication graduate, how do you find acting line?

Acting is something I love so much, it flows in my veins, I can remember vividly, I was a member of a Drama Group in my church and in my secondary school days, I joined a group there too.

Do you have any plan of going back to further your Mass Communication course?

Yes, I will love to, I will go back to it, but right now I am focusing on my acting career because I love fame, I want my photograph to be everywhere.

How many movies have you appeared in till date?

A lot. But I produced my first movie in 2014 entitled, Kinimose.

How many movies have you produced so far?

I have produced 6 movies. The first one is Kinimose. Then other ones are: Eje Omidan, Igbodudu, Iku Obinrin, and Omotolani, which was shot in Dubai.

Who have you worked with in the movie industry?

I have worked with a lot of them and I am still working with them both the stars and upcoming acts.

Why is it that you have been the face of most Yoruba home videos lately?

It has just been God doing it all the way. Maybe the way I make every of my acting real or owing to my personality.

How would you describe yourself?

I am a very cool person. I give respect to those who deserve it and those who do not even deserves it. I am an easy going person.

For your hard work so far, how many awards do you have to your credit?

Well, I believe God is the judge of all things, time will tell. But I will be getting one soon, City People Magazine is honouring me in a few weeks time.

What are your challenges in the industry?

A lot, especially working with the actresses who are well known. They see you as inferior when you are an upcoming actress, while some are envious of you for no reason. Once they know that you are an upcoming actress, especially when you are good, they castigate you. I just don’t want to mention names. What has been keeping me going in the industry is patience, and endurance because I believe if you are looking for something, you won’t mind the difficulties you go through on reaching your goals, you just have to push on.

What is your worst experience in the movie industry?

Wow! There was this day when we were on location of Omo Oshodi, it was a tough day as I had a clash with one of the actresses on set. It took hours before we resolve it as it stopped the shooting that day for hours.

But in one way or another, they managed to handle the situation for us and we continued with the production.

And also, back in 2011, I went for a production in Lagos and the director asked me out and I turned him down telling him that I was not interested in having any relationship with him. Could you believe that I stayed there for good 4 days without the director giving me any scene to play. I cried to Uncle Yinka Quadri and I explained to him what happened. He did something that I will never forget, he gave me fare and said I should go home. He looked at me again and said my own time will surely come, don’t worry.

And now that you are getting the fame, what has been the director’s reaction to you?

I believe he is happy for me because each time he sees me, he is always saying, Peju, I am happy for how you have made it this far.

What really inspired you to go into acting as a Mass Communication graduate?

Acting is some thing I have passion for, right from when I was small. So, after my studies, I decided to take it as a career.

Have you for one day given it a thought of going back to what you studied in school?

Of course. I did my I.T with Insider Magazine. Broadcasting is my field which I will still love to do as well. Maybe later in future. Right now, I have a lot on my table of making movies and I am enjoying what I am doing by the grace of God, I push my name to a point.

Tell us about yourself and how was your growing up like?

I am from a family of 5 girls of which I am the last born. My parents are not rich, but we are not poor either, they were able to pay for my schooling. Really, it was fun growing up with 4 sisters.

I am from Kwara State, Oke Onigben, the Igbona, but my parents lived in Ibadan before my dad finally moved to Ilorin. I grew up in Ibadan where I was born.

If you’re not on set, what else do you do?

I love being with my 2 kids. I usually take them out on vacation.

I am married with 2 kids.

Can we know the man in your life?

I don’t want to talk about him.

Just for the sake of your fans out there?

(Smiles). Any way, he is a lovely man. He works with an Oil & Gas company.

I met him when I was doing my HND in Lagos. Though, I have been going for rehearsals for 2 years, all the way from Egbeda down to Ebute-Metta before I met him.

So, how do you manage your career and marriage?

Honestly, it has not been easy but God has been so faithful, I have a maid, she takes care of the kids anytime I am out on location.

I love swimming. I go to places with my kids, we watch movies together as well.

Which country have you been to?

Who are those you can never forget, who helped you into limelight?

A lot of them, actually, I don’t want to start mentioning names but I thank God for his grace.

What are you up to now, what should your fans out there expect from you soon?

I am on another movie, which I am producing soon, entitled, Bachelor’s Eve. We will be spending 5 days on location.

What is it all about?

It is all about a young lady and a guy who are getting married. Something happened on the Bachelor’s Eve, which makes them to be unable to get married the next day. I don’t want to go into details, that is the suspense there.

Who are your casts?

I will be using Olaniyi Afanja ‘Sanyeri”, Kemi Afolayan, Bimbo Oshin, among many others.

From the look of things, guess you are making money in the industry?

(Laughs). Money, well thank God. But for now, the money is not coming owing to the economy and there is one thing to it, if you are coming into the industry with the hope of making money only and you are not doing it for the passion for it, you can’t make it because for now there is no money.

So, since there is no money in it, how have you been able to have 6 movies to your credit and the forthcoming one?

It is only by God’s doing. Honestly, it has not been easy all the way. Should I say I am producing it to make name for myself and for the fact that it is what I love doing. My passion for acting has kept me going. A lot of people have been calling me for productions and I get well paid.

What is your rate?

Smiles). I am not that expensive, but I can be too. It all depends on how many scenes I will appear.

What inspires you into writing your stories?

Well, it may be when I am sleeping or watching a movie, I get inspiration from there too.

How would you rate Nigeria Film Industry with other countries, especially Ghana?

To be candid, we are doing great. Talk of what we are using now compared to those days, things have really changed. Our cameras, makeups, costumes. Even our directors are really trying and in some other things, we are not lagging behind at all.

How has the Nigerian economy and government affected the industry?

Recession is affecting us and the society, but I believe with time, everything will pick up.

Are you into politics?

Not at all.  I read news and I know what the government have been doing, even if some are saying that this present administration is bad, I believe it is because it has stopped Corruption. Let’s try and see reason as other countries. I am sure with time, we will get there.

The Two Faces Of Tuface By Reuben...