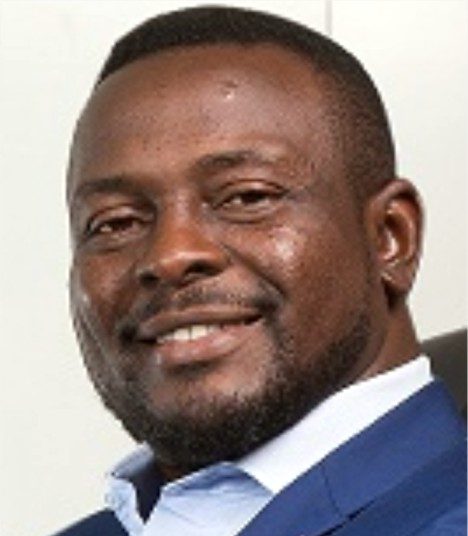 What will be the shape of Real Estate this year? That is the big question in the mouths of many players. Debo Adejana the GMD/CEO Realty Point Limited. B.ENG, M.B.A (Marketing), MNSE, ANIM, AMA An astute real estate entrepreneur who heads one of Nigeria’s leading Mass Housing Development Company; Realty Point Limited since 2005 after a meritorious award-winning sojourn in commercial banking. The company, the owners of the popular Trade Mark “Sack Your Landlord!” is primarily involved on the supply side of the industry, with a strong presence in Real Estate Development, Investment, Training/Consultancy and Marketing Syndications. One of the less than Ten (10) Standing Conference of Mediation Advocates, UK trained Mediation Advocate, ‘Debo is an Alumni of Lagos Business School having attended the Owner Manager’s Programme. He is currently the President of Prime Asset Housing Co-operative Multi-purpose Society Limited (PAHCMS). A celebrated Author, Blogger and Speaker, he is on the board of other profit and not-for-profit organisations with a budding interest in Social Housing provision.

Last week, City People ISAAC ABIMBADE (08155107955) spoke with Mr Debo who is popularly known as “Mr Sack Your Landlord”. He spoke about 2022 and also predicts how the year would be for the real estate business.

This year is peculiar because it’s a year before the election. How does this affect the real estate market?

It’s a peculiar year as you have said. A year preceding an election is usually a boisterous year in terms of activity… It’s usually a 50/50 game, some people get money easily, especially if they happened to be in the corridor of activity where politicians are. There will be some infrastructure that politicians would use as campaign bait and this would also help the sector.

But other people are owed by the government and they may likely not get their money because they are busy with the election. From what is happening within the system we can say for sure that there would be some money pumped into infrastructure and the construction business. You know Federal Executive Council (FEC) just approved about 65 billion naira for the power project. States and federal have also been pumping money into the infrastructure of late.

Many businesses will benefit from the election campaign that would take place next year. How does this boost the real estate market?

It’s usually a good opportunity for people dealing in things that affect electioneering campaigns. The PR publicity and the printing business and the logistics. The people in the hospitality would also make good money because many hotels would be fully booked during this period. Yes, it’s definitely going to be a good one because once you have taken care of basic needs, the next thing people think about is real estate.

Do you foresee the negative aspect of how the election would affect real estate?

I said, the government would give excuses to the people they are owing, that they can’t pay now because of what they have been spending on elections. That’s one. Also in this period, you know that the level of insecurity would be high in some areas, it would affect real estate. The economy itself: the oil subsidy is a major thing that would affect real estate this year because we experienced unprecedented inflation in around 2021 and it was just descending towards the end of last year. The removal of subsidies may likely attract high inflation. We may be faced with a higher rate this year because of all the indices.

Take another look at the budget: the budget that has a deficit. The oil price which is at 55 per barrel was increased to 62 benchmarks. That is a challenge. And the government may go-ahead to borrow more and its recurrent expenditure is the bulk of our budget. The capital expenditures are low and little money would be spent on capital projects and so on. That’s what gives concern.

How did foreign exchange affect the real estate business last year and how did you manage to scale through?

It affected, no doubt, especially when you sell off-plan. It has a major impact because you would have sold at the price you can’t deliver with the type of inflation we experienced last year. But for developers who have built credibility with their clients, we’re able to sort it out by calling them into a meeting to explain what the situation is. Everybody could see what happened in the market last year unless you don’t want to be reasonable. That is one of the ways we managed 2021.

In terms of sales, one should start to reduce the payment tenure, especially for construction. The maximum you get this day is 18 months and even that, it’s risky because the longer the term the more it becomes risky for developers.

Advanced share development rather than the finished project should also be encouraged because the bulk of the foreign exchange component goes into the finishing.

Are you worried about the sector considering what you experienced last year?

Worry may not the word for me. Concern, yes! What one needs to do is to analyse the situation and take a strategic approach. There are plenty of options one can explore. Construction is not being rewarded, definitely. It is obvious in this sector is not being rewarded because of instability. We need to reduce the construction risk.

As the South-West zone Chairman of REDAN, if you were to advise some of your colleagues on the type of project they need to do in the year 2022, what are the kind of projects would you advise them to focus on?

Like I have said, one should reduce his construction risk as much as possible. Rather than finishing, you should do advance share, or do carcass or you can even sell land. Those are ways you can reduce your construction risk. Another one is that, try and work against the trend. Try and go the opposite direction the population go. I know last year and before last year a lot of people went into short-let apartments, but you could see that toward the end of last year, we experienced oversupply. We shouldn’t do that mistake again.

Are you also saying buying and selling of landed property is the safest form of investment this year?

It has always been. It is easier and faster. You only develop land that would give you value, so if the value is been eroded by the level of inflation and affordability isn’t even there, you have to think twice.

READ ALSO: ATIKU PERFECTS PLANS ON HOW TO WIN 2023 ELECTIONS

“WHY I SET UP PASSION FOR CONVERTS INTERNATIONAL MINISTRY” … EMPOWERS WIDOWS, VULNERABLE IN THE COMMUNITY

Why More & More Buildings Are Collapsing...