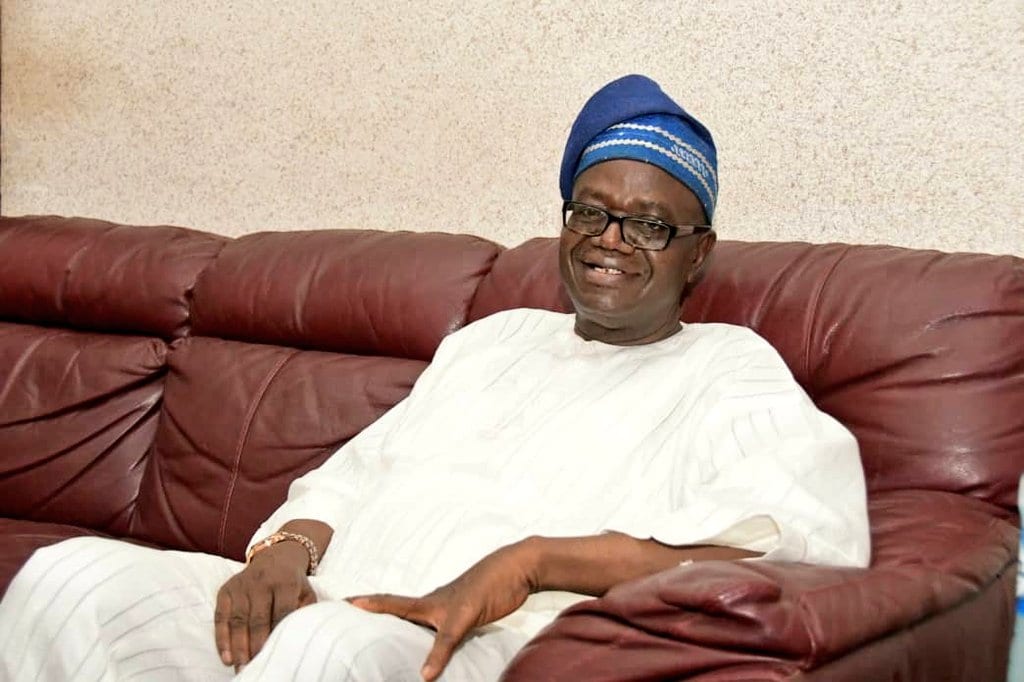 Some people believe in destiny, no doubt, but life is not wholly ruled by luck. The story of Senator Tayo Alasoadura, the Honourable Minister of State for Niger Delta Affairs, gives credence to the above saying, as he has been through a turbulent turf with all sense of duty, passion, courage and hard work.

Alash, as fondly called. was born with neither Golden nor Silverspoon, but he took his destiny in his hands and soldiered on to attain the pinnacle in career, business and politics.

How do you define dedication, hard work, relentlessness and courage if not by the life of a man who started his working career as an ordinary Messenger at Ayanfalu Balogun Badejo & Co, a firm of Chartered Accountants in Lagos ,where he rose steadily to the exalted position of the Managing Partner and Chief Executive Officer of the firm?

As a determined soul, the Honourable Minister didn’t stop at anything that could catapult him to the forefront of his professional calling. A man who is today a fellow of the Institute of Chartered Accountants of Nigeria;

Alasoadura must have been led by a Divine Hand in  his decision to join the Unity Party of Nigeria(U.P.N) which signaled his foray into politics. From there to Peoples’ Solidarity Party(PSP),Peoples’ Democratic Party(PDP) and now, All Progressive Congress (APC), Senator Tayo Alasoadura has been favoured by the strong but merciful hand of God to weather his political storms with great triumphs.

From being a ward chairman of the Solidarity Party of Nigeria (Iju Chapter) to being the first Deputy National chairman of the PDP. He was also the Chairman, National reconciliation committee for Lagos state PDP. He became a Commissioner for Finance and Planning under the Agagu-led administration. He became a senator on  the platform of the APC.

As it has pleased God to use Senator Tayo Alasoadura as one of the privileged Nigerians who would work with President Buhari to restore the dignity of this country, he was chosen to represent Ondo State as a Minister in the Federal Executive Council as minister of State for Labour and Employment.

Today, Senator Tayo Alasoadura has been redeployed to the Niger Delta Ministry as Honourable Minister (State).

WHAT YOU NEED TO KNOW ABOUT SEN TAYO ALASOADURA, MINISTER FOR STATE NIGER DELTA was last modified: October 6th, 2019 by Reporter