Home News Why DAVID EJOOR Rode A Bicycle From BENIN To LAGOS During The NIGERIAN Civil War!
News

Why DAVID EJOOR Rode A Bicycle From BENIN To LAGOS During The NIGERIAN Civil War! 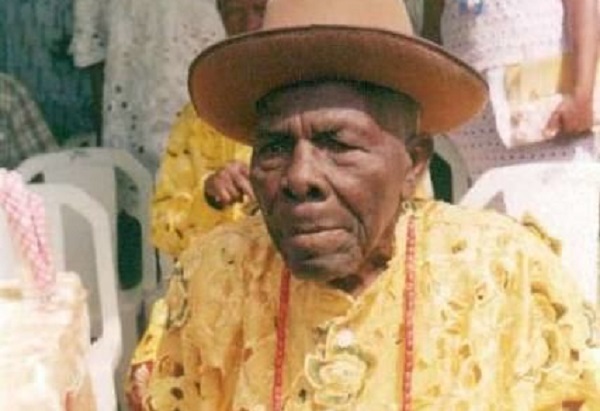 In Nigerian history, a particular bicycle deserves to be in the National Museum, if it has not been there already. It is no other than the bicycle rode by a former military governor of the defunct Mid-West region, the then Lt. Colonel David Ejoor, from Benin to Lagos as he fled the region’s capital to escape being killed or captured by the invading Biafran soldiers in 1967. The invading army had an order to capture Ejoor and bring him to Enugu, the capital of the defunct Republic of Biafra, dead or alive.

The order was handed to the army by the rebel leader, the late Lt. Colonel Emeka Odumegwu Ojukwu.

To kids and toddlers, bicycle is an object of pleasure, a memento provided by a dotting father or mother. To such pampered children, bicycle is a totem, an evidence of paternal or maternal affection, symbolishing appreciation of God’s  bundle of gift. On the other hand, bicycle is a valued instrument that facilitates victory in a prize-winning race of cyclists compenting for honours at various events. The above are two good uses that a bicycle could be put.

To David Ejoor, however, bicycle was a life-giving object of escape to safety from the rampaging Biafran soldiers, who would have killed him or made him a Prisoner of war. With the support of Chief Asemota, who prevented him from committing what would have tantamount to suicide as Ejoor was resolved to take on Biafran soldiers who invaded the government house in a face-to-face combat and intelligence supplied by locals on the movement of the rebels. They paved Ejoor’s way to safety and escape to Lagos on a bicycle.

The military governor was on the horns of dilemma. The rebels were everywhere in Benin. Road blocks had been mounted on all roads that lead into or out of Benin. This means tight screening of all vehicular movement and their passengers. No wonder, Ejoor knew he could not go on any type of vehicle to effect his escape. Rebel soldiers were out for him. It was, therefore, not a surprise that a bicycle was, at that point, the best and safest instrument for escape. Ejoor, who was in hidding all day waited till mid-night to start a 320 kilometres journey to Lagos. What a mode of travelling for a governor.

A man who was used to travelling in opulence of the state apparatus with security personnel was a lone ranger on the road that leads to Lagos. For security, he could not ride on the popular Benin-Lagos road. For most part of the journey within Mid-West region, he rode on bush paths. Darkness even made the movement and riding more difficult on foot- paths that he was forced to tread.

On the part of Biafran soldiers, the search for the military governor was not thorough and sweeping. The looting of the Central Bank branch in Benin was also a top priority for the liberation army led by Major Banjo, a Yoruba man. Earlier, before being ordered to lead the assult on Mid-West Region and to eventually capture Lagos and the Western region, Banjo was in detention in Enugu prisons after the first military coup in January 1966 failed. Ojukwu had released him and ordered him to lead the attack that would eventually take Biafran soldiers to Lagos. At that point Ejoor was on course for survival to ensure self preservation. Ejoor was oblivious of comfort that he was used to as he pedaled away to safety on his way to Lagos.

Earlier, Staccato of rifles and other light military wares’ fire rent the air. The rifles’ fire was intermittently punctured by deafening sounds of mortal fire that shattered the serene, calm and peaceful early morning atmosphere of Benin.

Most residents, especially youths and elderly, were roughly woken up by the invading Biafran soldiers fire power who marched on Benin city from Asaba through Anioma area and Agbor of the region. They were on liberation mission.

Led by Major Banjo, Biafran soldiers did not meet any resistance on the way from Asaba to Benin despite the presence of military formation in the region, the Mid-West, that had its capital in Benin.

The liberation army’s no-resistance experience was not unconnected with the domination of the military formation officers cadre by Anioma people. Called Eka-Igbo, Anioma people share a strong ethnic cord and afinity with Igbo in the East. From Asaba, Onitsha-Ugbo and Agbor among others along the road to Benin are Anioma’s domain.

The Anioma military officers did not only have sympathy for the Lt. Colonel Emeka Odumegwu Ojukwu’s cause, most of them were in bed with him in the planning and invasion of the Mid-West. That was why the Government House would have been in total darkness about the evil machination of Ojukwu and his cohort if not for the Police Special Branch that was also in the know of the presence of the uninvited liberation army in the region.

The Special Branch had alerted the military governor of the region, Lt. Colonel David Edjor, of the imminent invasion by the Biafran soldiers. Ejoor was not also in the dark about the colusion of the Anioma military officers in the region as they kept mute on the invasion and did not make any effort or take any step to check the movement of the invading army. Some of them even left for Enugu to boast Ojukwu’s ego.

The Biafrans had a free unhindered march on the capital of the Mid-West region. The complete absence of defence, counter measure or resistance of any kind by the Nigerian soldiers stationed in the region painted a frightening fate for the governor, who is an Urhobo, a minority ethnic group.

When the governor heard sound of gun fire in the vicinity of Government House, he knew the game was up. Yes, he knew the Biafrans were coming for him. When the Biafran Army got to Ikpoba Hills in Benin, a unit led by the officer who had Ojukwu’s order to bring Ejoor to Enugu dead or alive marched on the Government House firing sporadically.

Ejoor was at the end of his tether. As a governor, his office behoved him to stand up for the protection of the people in the region and the Government House. He instinctly took up a rifle and was going to join the squad defending the government house. Miraculously, he found himself on the veranda of a house not far from the Government House. There he met Chief Asemota, who prevailed on him not to go out as Biafran soldiers were on the prowl.

From that moment, it was a long wait. Ejoor waited in the premises from morning till night. No assistance came. He knew he had to get out of Benin if he wanted to stay alive. That he did. Mid-night, with assistance of local people who supplied him intelligence on the location and movement of the patrolling Biafran soldiers in the city, the military governor got to at the outskirt of Benin city on a bicycle riding away to Lagos. It was a 320 kilometres and what a journey. A bicycle as a mode of transport for such a long journey.

After the failure of Aburi Conference held in Ghana, Emeka Odumegwu Ojukwu, declared the territory under his government and command the Republic of Biafra and the Federal Military Government headed by the then Lt. Col. Yakubu Gowon ordered a police action to put down the rebellion. Gowon and his henchmen could not believe that the rebellion could be sustained and become a cause of worry and threat to the unity of a country that was just about seven years old after independence.

The federal troops started their operation keep Nigeria one from the South-East in Calabar, a minority area of the country and quickly over ran the area, capturing the coastal areas up to Port Harcourt. By the time federal soldiers captured Nsukka, the city that hosts the University of Nigeria, the rebels resorted to a change of tactics. It was painful to Ojukwu and his supporters that they could not resist the blistering fire power and movement of the federal army. What could they do to reverse the trend and give serious challenge to the federal military government, but to go for the jugular of the Federal Republic of Nigeria, which was Lagos. If the capital city of Nigeria, Lagos, could be captured or liberated as Biafrans claimed, that would bring a quick end to the war. Thus the Republic of Biafra, Oodudua Republic would be created and no attendant negotiation would reverse it. That was the mission of Biafrans soldiers in Mid-West region and Benin city, that drove the military governor out of the state capital and forced to ride bicycle on a 320 kilometres journey.

Why DAVID EJOOR Rode A Bicycle From BENIN To LAGOS During The NIGERIAN Civil War! was last modified: February 17th, 2020 by Reporter

Why EBENEZER OBEY Can’t Forget BARRISTER In A Hurry