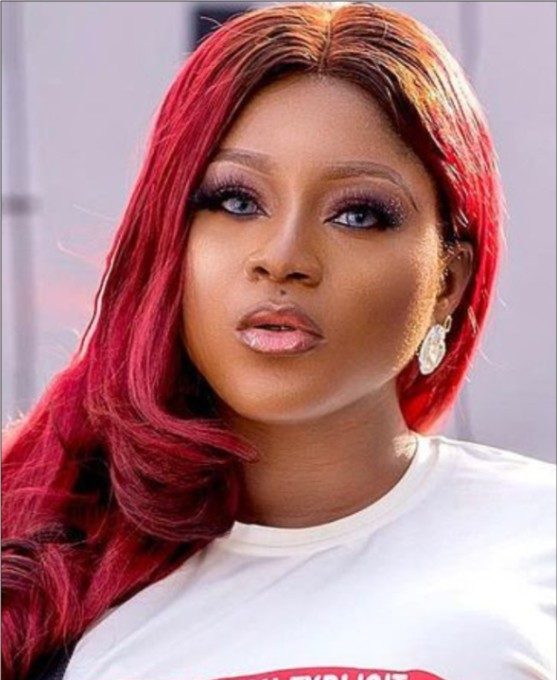 Their beef is, indeed, tagged the fight of the Hotties. These two pretty ladies are both highly rated among the curviest actresses in the entertainment industry. They equally have millions of followers on Instagram. They are both young, beautiful, highly talented and blessed with physiques men are ready to die for any day, anytime. Their rift has been divided into two, the Asaba-based actresses. Most actresses have already taken sides with their favourites. Some are not too loud about the choice, while others are doing it with their chests massages, saying the sky is wide enough to accommodate many birds.

The whole drama started when Lucy Donald shared a video, showing off her shopping bags of designers’ outfits. The wears on display included Fendi handbag, Gucci belt, Louis Vuitton during her vacation in Turkey and just after sharing the video, Destiny Etiko rushed to her social media platform to denigrate her colleague, Luxy Donald, saying that her shopping bags were empty. Destiny’s followers tagged Lucy since Destiny was referring to her.

Lucy Donalds was, however, quick in firing back as she wasted no time in responding to Destiny Etiko, who accused her of deceiving followers by advertising slim tea and waist trainers. She accused her of doing multi-surgery on herself to get her perfectly flat stomach and perfect curvy hips.

Owing to this rift, other actresses have pitched tents with their choice. It’s therefore, no more new that Anita Joseph and Uche Elendu’s relationship has fallen apart a long time ago. Earlier, Uche Elendu and Destiny have maintained a very cordial relationship, but along the line, there was a crack in the relationship and hostility became more obvious during Lucy and Destiny’s rift, as Anita pitched tent with Lucy, and this led to Anita and Destiny unfollowing each other on Instagram.

Even though a good number of the actresses have kept mute over the issue, they, however, shared Lucy Donald’s picture on the walls and her latest acquired car to celebrate her. Some even made reference to Destiny Etiko’s mother, who was also once an actress. They alleged that her daughter took after her. They recalled that during her time, she too never wanted any of her colleagues to outshine her in the industry. So, it was said that Destiny’s domineering posture in the family.

Those who are not familiar with the two fantastic actresses currently dominating the Igbo movie industry, might not know that just a few days ago, Destiny Etiko emerged as the most trending entertainer in 2021 on Goggle. She made headlines for good and bad reasons this year. Besides, being blessed with a curvy physique, she is known for her unique style of acting and role interpretation.

Lots of producers would do anything to feature her in their movies as she remains one of the most loved actresses from the Eastern part of the country.

Within a short period in the industry, Destiny Etiko has achieved so much that many of her seniors could only wish for in the industry. With many awards at home and from abroad to her credit, sky appears to be in her limelight.

Lucy Donalds, on the other hand, officially began acting in 2006, and her role in Osinachi my Wife gave her the exposure she needed to earn popularity in the industry. The pretty actress has appeared in movies alongside other ‘A’ list stars in the industry. She has equally bagged awards for her success in the industry. It was alleged that Destiny Etiko was only trying to secure a space she is now occupying, thus preventing anybody from competing with her.

She has, perhaps, forgotten that competition is necessary for one to get better in the game. Some people said that her colleagues were only jealous of her success and achievements within a short period in the industry. They insisted that jealousy and envy are the order of the day in the entertainment industry most especially among actresses.

Why DESTINY ETIKO & LUCY DONALD Are At War was last modified: December 22nd, 2021 by Biodun Alao