Home News Why Gov. SEYI MAKINDE Does Not Joke With SEYE FAMOJURO
News

Why Gov. SEYI MAKINDE Does Not Joke With SEYE FAMOJURO 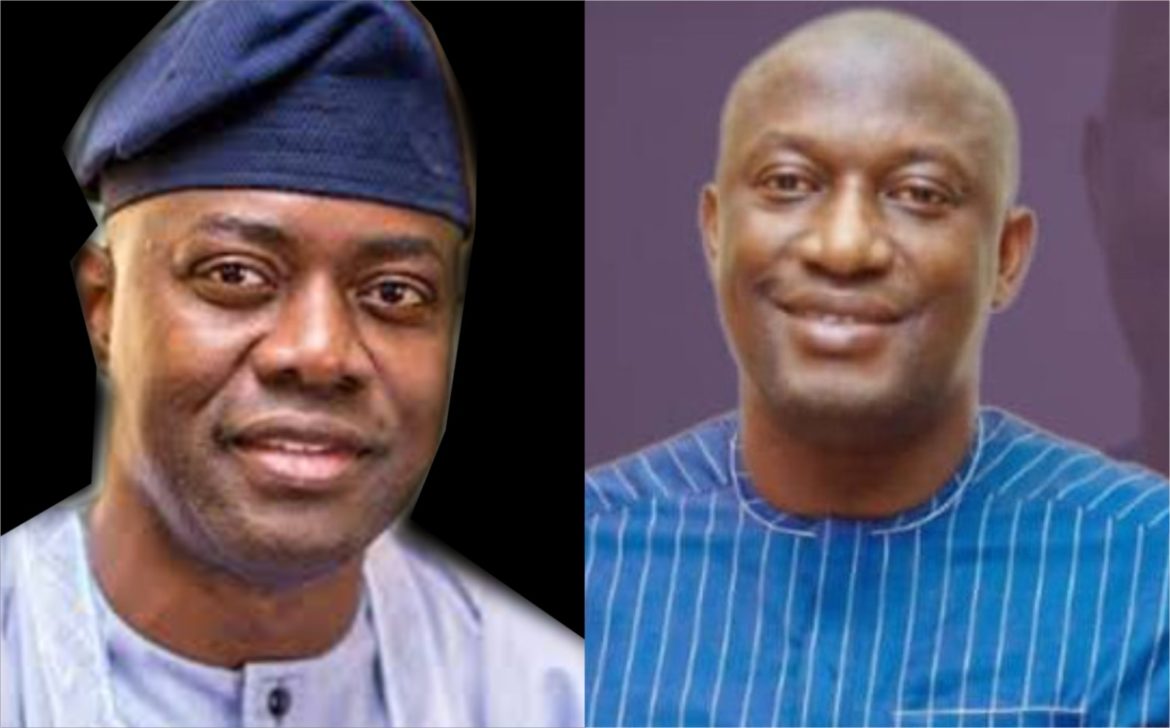 •The Story Of His Most Trusted Aide

Did you know that the executive governor of Oyo State Engr. Seyi Makinde, like every other top personality, has a trusted aide he doesn’t joke with called Seye Famojuro? You probably may not also know that the governor and his aide have come a long way. Let’s quickly tell you about the man that has been described by many as ‘Mr. Fix It’ in Ibadan.

Though Otunba, as he is fondly called by his admirers, is an unofficial personal aide of governor Seyi Makinde but he is powerful and commands enormous respect in this present dispensation in the pace setter’s state.

Those who feel the duo are brothers may not be wrong after all; they are beginning to look alike. They are also of the same height and physique and smile almost the same way too. What else? Seye has also mastered Engr. Makinde’s dancing steps as well. Theirs has gone beyond a working relationship; they have truly become brothers.

While some see Seye Famojuro as the most powerful man around governor Seyi Makinde however, those who know his relationship with the governor would tell you that it is just a matter of pure love and trust. He is said to have studied and understood his boss perfectly, having been working with him for many years now.

Seye knows what the governor likes and hates and knows the appropriate time to present any case before him. Which explains why he has the governor’s ears. This is also why many who want one favour or the other from Engr. Seyi Makinde rush to Seye.

In fact, Seye is the governor’s ‘Man Friday’. The governor so much trusts him and respects his judgement on key issues.

The fact that Seye Famojuro is governor Seyi Makinde’s tested and trusted personal aide and exudes much power again played out recently when the former held his birthday party. Apart from the fact that the colourful birthday shindig took place inside Ikolaba palatial home of the governor, all the who is who in government and Oyo PDP were there. Though the governor couldn’t make the party, he was away on official duty but he had a powerful representation at the party.

READ ALSO: WHAT WE ARE DOING TO REDUCE FLOODING IN LAGOS – DEPUTY GOVERNOR, DR FEMI HAMZAT

Why Gov. SEYI MAKINDE Does Not Joke With SEYE FAMOJURO was last modified: March 23rd, 2020 by Dare Adeniran

What We Are Doing To Reduce Flooding In LAGOS – Deputy Governor, Dr FEMI HAMZAT