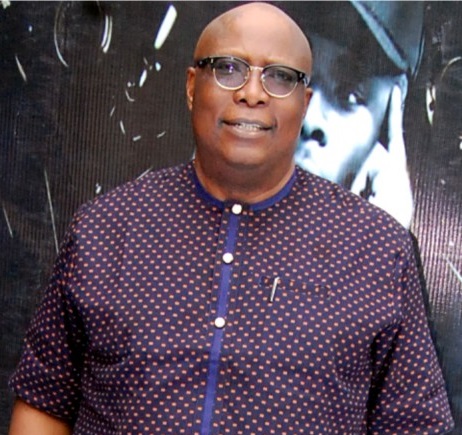 Senator Babafemi Ojudu is the Special Adviser to Pres Buhari on Political Matters. He was elected to serve the people of Ekiti Central constituency as a Senator, in the April 2011 national elections. He ran on the platform of the Action Congress of Nigeria, ACN.

Ojudu is a prominent indigene of Ado-Ekiti. In 1976, he won a scholarship jointly sponsored by activist lawyer Gani Fawehinmi and Jùjú musician, King Sunny Adé for indigent students of the state. His career journey started in 1980 when he was admitted into the University of Ife, Ile-Ife to study English because of his interest in Journalism. While in school, he joined the Association of Campus Journalists and reporting for COBRA, a campus journal. He and two friends founded a journal called The Parrot, which he edited until graduating in 1984. On completing his National Youth Service, Ojudu worked as a reporter on The Guardian while attending the University of Lagos (1985–86), where he studied for a Master’s Degree in Political Science, since then, he has become a voice to reckon with in Nigeria politics especially in Ekiti State. In recognition of his remarkable performances,  Sen. Ojudu was named Special Adviser on Political Matters by President M. Buhari on January 7, 2016.

As they always say, “the joy of every parent is to see their children doing well in life”, that, informs the massive crowd that stormed Sen. Ojudu’s house on 26th May 2019. Friends and families gathered together for the premiere of one of his sons, Morello’s video. Though it was an in house party, organized to celebrate Morello, a lawyer who took interest in music right from his tender age, but the love was so massive, so much so that the place was filled to the brim. Hardly could you find a way to even stand to see what is happening on the podium not to talk of sitting down. It was a remarkable day for the family of Ojudu as their son officially launched his album.

Contrary to what many believe, especially some parents that don’t believe in supporting their children going into music at first. Sen. Ojudu showed lots of support for his son on this day. He played a great host to all the guests present. City People Assistant Editor, SUNDAY ADIGUN was at the event and engaged him on why he is supporting his son to go into music despite being a lawyer.

It is generally believed that we are in the generation of talent, where children, youths are exhibiting all kinds of skills and talents; still, this doesn’t go down well with some parents. They prefer their children to be professionals in very lucrative careers like Medicine,  Law or Engineering. But in your own case, you have given your son every support he needs for his music career. Why?

Because that is his passion, that’s what he wants to do. Our own is to give him an education, and we have given him. It’s now left for him as an adult to decide on what he wants to become. My own dad wanted me to become a lawyer, and I got admitted to Ife, but I decided to read English instead of Law. I believed that studying English will allow me to practice my passion which was journalism as at that time. I can understand parents who are apprehensive of their children going into music, a lot of anxiety, and a lot of uncertainty. You have to mix with all kinds of characters in the industry. We just have to keep praying for them in whatever field they choose to excel.

You are a man of honor, a man that won’t want anything to tarnish his image or soil his name.  How do you plan to impress discipline on your son, to protect your legacy?

Well, all I know is that he would allow his background to inform his behavior. If he chose to be a good example to the rest of the people in the industry, maybe they would emulate him, while we are also there watching and monitoring him. If he tries to go wrong, we can always call him back, and let him know that he wasn’t brought up in a bad way. We would let him know that he’s from a decent background. Also, being a Lawyer, he understands the implication of criminality, he won’t go into things like that. So we would continue to pray for him.

How best can you describe your son, Morello?

He’s a very calm person. He’s very passionate about what he’s doing. When they were young, I remember I bought them drums. I just believe that, if you love music, it will allow you to turn out a good person.

What were the things you noticed when they were  young?

I enjoy listening to music. When they were young, I’ll put on Fela’s songs, Majek Fashek’s songs, Daddy Showkey’s songs and we would all be dancing in our living room, so I noticed they got interested in music. When I travelled, I picked up piano, saxophone and drum back home for them. When they were in secondary school, they collected money from mom, went to the studio to record a song, later I heard them playing it and I was like, wow! Who did this? they said they are the one. At that point, I began to get the message that it’s like two of them may go into music. I had to separate their school; I made sure they didn’t go to the same school any longer.

I remember  I went to visit him in the university in his second year, and I discovered that he has formed a band, and I was angry that you need to complete your education before you start playing music, so I took him out of the university and enrolled him in another University. He still insisted that he wants to go into music.  At that point, I gave up and allowed him to face his music. So when he completes his Law degree in the UK, he was to come back home for his Law School, but he said he was not going to Law school, we have to again persuade him.

We told him that there is no problem in him facing his music, but he must complete his Law School program. He grudgingly agreed and he spent most of his time in Law school playing music, playing around clubs in Abuja. He eventually passed and came back to us with his certificate, and he said, ‘that’s for you’. Meanwhile, I had already made up my mind that he can do whatever he wants to do but the mother cried and cried, she was so devastated. There was a day I heard her shouting, ‘talk to your son’ he must face his career’ until I told her to leave the boy alone.  Now she has accepted her fate, I hope that as time goes on she would enjoy the prospect of having a successful musician as a son.

Why I Allowed My Son To Dump LAW For Music – Pres. BUHARI’s S.A On POLITICS, Sen. BABAFEMI OJUDU was last modified: June 3rd, 2019 by Sunday Adigun