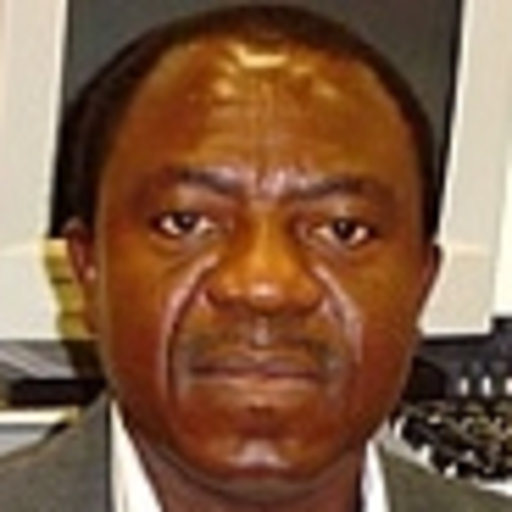 Professor Oladele Gazal is a Nigerian born Professor who lives in Minnesota.  He is from Ijebu-Ode. That is where he was born, bred and buttered before he went in search of the golden fleece abroad. He has been away for the past 30 years but he is not totally removed from goings-on in Nigeria. He is currently a Professor of Physiology and Director, Laboratory for Reproductive Research & Endocrine Analyses. He is also the Director, African Studies Program at St. Cloud State. University (SCSU), St. Cloud, Minnesota, USA.

But this 1st class brain is constantly still in contact with his home base. He attends the annual Agemo festival in Ijebu-Ode and can’t get off his system, his Ijebu upbringing. No wonder he still speaks Ijebu dialect fluently.

Why does he have so much sentimental attachment to Ijebu Ode, his roots, City People asked him last week. He smiled. “I can’t forget my Ijebu upbringing just like that”, he explained. “It’s deep. Its in grained in me. You remember that old saying of the wise that a river should not forget its source. A river that forget its source will go dry. We need to revive our Culture. We should not let our culture die, because that is who we are and what we are. Wherever I am, I think about home. I appreciate the upbringing I got here. Home is it. I was born, bred and buttered here in Ijebu Ode”

“When we were growing up, we had a few cultural staple that we were used to. In February there was the Ojowu Festival and in June was Agemo Festival which brings all the Ijebu people together to celebrate. It’s a way of unifying all Ijebu people, bring everybody together as one. Some people complain about the fact that the Agemo festival is a local festival and that it is too local for them. I disagree with that view.”

“I look at the cultural value of Agemo Festival. Do you know that if this festival is staged in the US where I stay, it will be a big carnival.”

“I feel unhappy that we have not taken Agemo to the height it should have been, like the Osun-Osogbo festival.  Last year, I had a fellowship programme in Ekiti-State and I found out that the cultural identity of Ekiti people is still sacrosanct.  I feel sad that not much has changed about the Agbala (the shrine) where the Agemo is worshipped. It is still the same run down shrine.”

“I am almost 60 years now so you can see I have been around long enough to know what I am saying. The place is now an eye sore. It needs to be updated Everybody knows the Ijebu as Omo Alagemo Merindinlogun.”

“I also like the Ojude Oba festival. Historically, as a small boy we saw Ojude Oba as a way of Ijebu people of paying homage and obeisance to the king, Awujale. The effect of the regberegbe then, was not as big as it is now. Then, when the Awujale wakes up in the morning there used to be the blowing of the bugle to announce that the Awujale has woken up.”

“The essence should not be lost. It is a cultural get together. It is a time when the Haves  and Have Nots show obeisance to Kabiyesi Awujale. It was a time when as kids we went to see the horses for the durbar.  People came from near and far. It is the get togetherness of all Ijebus. We have to sustain it. We should not pay attention to money alone. Money should not define it. There has to be structure and we should not encourage the regberegbes to splits as they wish.”

Professor Oladele Gazal a native of Ijebu-Ode was born on the 21st of May, 1959 and he attended Moslem School, Isoku, Ijebu-Ode for his elementary school education and Ijebu Muslim College, Ijebu-Ode for his secondary education. After a brief employment at the Lagos State Ministry of Finance and a teaching stint at Anglican Commercial Secondary School, Igbeba, he later proceeded to the Federal College of Education, Yola, Adamawa State, Nigeria for his National Certificate in Education (N.C.E.) degree in agricultural education and finished with distinction. After his National Youth Service Corps (NYSC) program in Amunnu Comprehensive High School, Omuo-Ekiti, in then Ondo State and currently Ekiti State and teaching stint at Ogbo Community High School, Ogbo, Ogun State, he proceeded to Ahmadu Bello University (ABU), Zaria, Kaduna State for his Bachelor’s degree in Animal Science. He graduated with a First Class degree and received many national merit scholarships throughout his studies at ABU, Zaria. He was the best graduating student from the Faculty of Agriculture in his class and received numerous awards and prizes, from both corporate Nigeria and international Universities. Professor Oladele Gazal was a Rotaractor and was President, National Union of Ogun State Students (NUOSS), Secretary-General and later President, Nigerian Association of Agricultural Students (NAAS), Ahmadu Bello University, Zaria. He taught at Muslim Girl’s High School, Ijebu-Ode before joining the Department of Animal Science, ABU, Zaria as an Assistant Lecturer. He later won the competitive Rotary Foundation Freedom from Hunger Scholarship that took him to Iowa State University, Ames, Iowa, U.S.A. for his doctoral degree in the area of Physiology of Reproduction.

Professor Gazal won the prestigious Rockefeller Foundation African Dissertation Internship award that enabled him to study the hormonal basis for the effect of under nutrition on puberty attainment in the Zebu cattle, a subject of his doctoral dissertation. He undertook this project at the National Animal Production and Research Institute (NAPRI), ABU, Zaria. He did his postdoctoral work at Texas A&M University, Texas, U.S.A in postpartum physiology in cattle and also at Fort Valley State University, Georgia, U.S.A. in the area of seasonal control of reproduction in goats. He accepted a position in the Department of Biological Sciences at St. Cloud State University (SCSU). He was an interim Chair of the Department of Biological Sciences and was for almost 8 years, Chair of the Department of Human Relations and Multicultural Education at SCSU. Professor Gazal teaches in the area of physiology of reproduction, human physiology, human anatomy and physiology, neurobiology, human endocrinology and reproduction, and pathophysiology. His research interests center on the neuroendocrine control of reproduction and the interaction among nutrition, stress and reproduction in mammals. Currently, his focus is on endocrine relationships between ethno-botanicals and reproduction. He believes strongly in the integration of undergraduate research into the BS curriculum and he has successfully trained many graduate students from various parts of the world. Professor Gazal serves as the Research Director for two successful programs directed at increasing the participation of minorities in the science, technology, engineering and mathematics (STEM) areas.

Professor Gazal has maintained a strong relationship with his native Nigeria and with his alma mater, the Ijebu Muslim College, Ijebu-Ode. He has gone back to do summer teaching and he is involved in the effort to develop a branch of the Ijebu Muslim College Old Students Association (IMCOSA) in the U.S.A. He collaborates with Scientists at different tertiary educational institutions in Nigeria. After a sabbatical leave at the Federal University of Agriculture, Abeokuta (FUNAAB), he hosted several TETFUND awardees in his laboratory, has co-supervised several MS students and PhD students in Animal Physiology at FUNAAB. He is the brain behind a growing tripartite collaborative research relationship among SCSU, the University of Lagos, and FUNAAB in the area of biomass utilization for energy and animal production. As the first President of the Ijebu Descendants Association (IDA) in Minnesota, U.S.A., he championed the award of scholarships to indigent secondary school students and massive book donation to the School of Nursing in Ogun State. He has published in several reputable journals and serves as a reviewer for many journals.

He enjoys public speaking, reading, singing and composing traditional Yoruba music, travelling, soccer and playing table tennis. He sees himself as an irreversibly committed Ambassador of the Ijebu Culture. Professor Gazal was a Fellow of the Carnegie African Diasporan Program at the Federal University, Oye-Ekiti (FUOYE), Ekiti State, Nigeria during which he initiated a collaborative research arrangement between FUOYE and the College of Medicine, Ekiti State University. Professor Gazal is a member of the Rotary Club of Ijebu-Ode and Fesogboye of the United Brothers Club of Ijebu-Ode. He is married and blessed with 2 lovely children.

Why I Can’t Forget My Ijebu Roots – US Professor, OLADELE GAZAL Explains was last modified: August 6th, 2018 by Reporter