Home News Why I Chose GASKIA As The Name Of My Magazine – Veteran Journalist, DARE BABARINSA
News

Why I Chose GASKIA As The Name Of My Magazine – Veteran Journalist, DARE BABARINSA 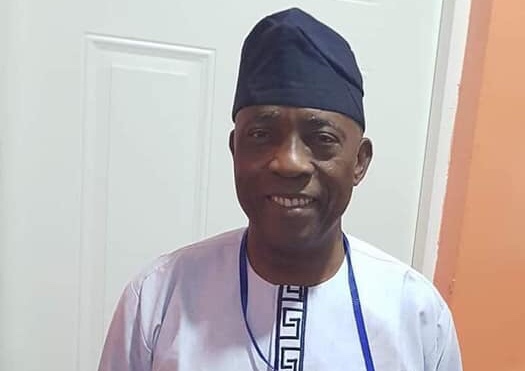 Dare Babarinsa is a big name in Print journalism. He has paid his dues. He started his journalism in 1982 and has won many awards. He was one of the founding fathers of Tell Magazine. He ran Tell along with his co-founders before he went ahead to float his Gaskia Media Limited, a publishing house that publishes books and magazines. In the few years of its existence, it has published a few biographies and specialised publications.

On August 2020, it published Vol 1 Issue 1 of Gaskia, the African Family Magazine, which featured an interview The Ooni of Ife, Oba Adeyeye Enitan Ogunwusi.

Why call the Magazine Gaskia, an evocative word among the Hausa people of Africa, which means, the truth or the best. Many people have raised eyebrow on why Mr. Dare Babarinsa called his Magazine, Gaskia.

Babarinsa also acknowledged this in the 1st edition of Gaskia.

“Some of our friends and professional colleagues have raised eyebrow why we prefer to give an African Magazine, written in English, an African name and more especially a Hausa name. Why not a Yoruba or Fulani or Igbo name?” Babarinsa’s response is: we should not be ashamed or afraid of using any African language. For generations, Africans have borrowed words from one another’s languages. The Yoruba people have been using Alafin for many centuries. It is borrowed from the Hausa, Lafia.

Across the whole of West Africa, the word Oga is used for a boss. It is a Yoruba word”. He also revealed the mission statement of Gaskia. “At Gaskia, we pledge to tell the truth about our country. Some truth may be bitter, make us uncomfortable or less proud, but the truth nonetheless… Gaskia is a Magazine like no other before it in Nigeria.

It is the African family magazine to strengthen family values and make reading and the pursuit of knowledge fashionable again.

Let’s tell you a bit more about Dare Babarinsa, whose full first name is Oluwadare.

Dare Babarinsa, the Chairman and Editor-in-Chief of Gaskia Media Limited, is one of Nigeria’s best-known journalists.  He graduated with a Second Class Upper degree in Mass Communication from the University of Lagos in 1981 and since then has plunged into the mainstream of Nigerian journalism.  He was a member of the pioneering team of Newswatch where he rose to the position of Associate Editor before he and four other top journalists teamed up to start TELL in 1991.

As Executive Editor and stylist of the English language, Babarinsa has brought into journalism a high-profile reputation as a disciplined professional of integrity and fearlessness. He served as Executive Director of TELL for 15 years during which time he maintained a powerful weekly column that serves as a weapon of offence against military dictatorship and tyranny.  His weekly column in TELL was a delightful foray into logic and history as well as an embrace of the English language at its best, with its deft of meanings and poetry.

Babarinsa was born May 9, 1955 in Okemesi, Ekiti State of Nigeria.  He has won honours and recognitions both at home and abroad.  He won the prestigious Journalist of the Year Award in 1986.  He was one of two Nigerian journalists invited in 1985 by President Felix Houphouet-Boigny of Ivory Coast to witness the convention of the then ruling Party Democratic de Cote d’Ivoire, PDCI.  He was the only Nigerian journalist invited by the United States government in 1988 to witness the convention of the Republican Party in New Orleans in the state of Louisiana during which time George Bush Snr. emerged as the party presidential candidate.  His team, which included top journalists and leaders from all over the world, was later invited to the White House. In 1997, he was the guest lecturer in Addis Ababa, Ethiopia during the 50th anniversary of the Ethiopian Journalists Association.

Babarinsa started his journalism career with the Concord Group of Newspapers in 1982.  He served as the Concord National Assembly Correspondent and later the Chief Correspondent for Ondo State (including the present Ekiti State) during which time he covered the controversial 1983 general elections and the resultant mayhem.  He is the author of House of War, a definitive study of Nigeria’s Second Republic especially as it affects Chief Obafemi Awolowo and his followers.

He started showing his mettle quite early.  Within five years of his stays in Newswatch, he leap-frogged from the position of Staff Writer to that of Associate Editor.   Dele Giwa, one of the most demanding of editors and the first Editor-in-Chief of Newswatch, gave Babarinsa the Publisher’s Award in 1986 as a result of Babarinsa’s accomplishment even in those early days.  In the citation, Giwa wrote:  “You have established yourself as the in-house biographer, our own Theodore White, no less.  You write with such feeling that men and women, dead or alive, ancient or contemporary, stand before our readers in flesh and blood, with their strength, weakness, warts and all.  Few writers are able to do this.  We salute you.”

Babarinsa, the husband of Modupe Ihinosen and father of four children, has infused into Nigerian journalism an intellectual vigour that is bound to transform the landscape of the profession. Gaskia Media Ltd is his latest staging post where his team is making pioneering forays into new territories of the mass media.  He is also the Chairman of Lekeleke Investment Ltd, a company that deals in high-quality tyres.

Why I Chose GASKIA As The Name Of My Magazine – Veteran Journalist, DARE BABARINSA was last modified: January 25th, 2021 by City People