Why I Have Decided To Run For OGUN Governorship – SEGUN SHOWUNMI 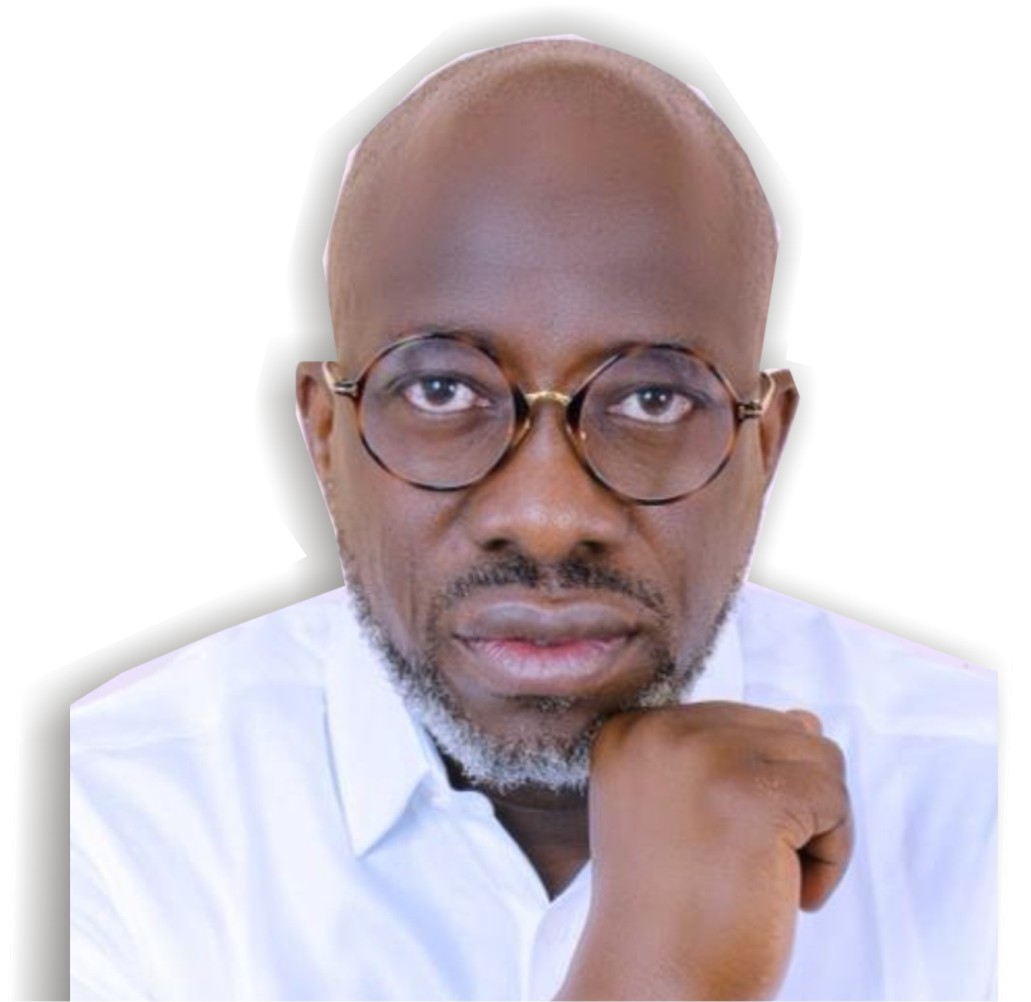 A few months back, City People Magazine was the first to break the news of the decision of Segun Showunmi, the former spokesman for Alhaji Atiku Abubakar Presidential Campaign Organisation, to contest the 2023 election.

According to the story, PDP Chieftain, Segun Showunmi has decided to join the governorship race. In the last few weeks, Showunmi has been consulting widely. He has been consulting with many of the stakeholders, both within and outside the party, across the state, both at the state and at the federal level, about his governorship ambition. The big news is that a few days back, Segun Showunmi declared his intention to contest for the Ogun State governorship seat in 2023 on the platform of PDP. Showunmi, who served as Deputy Press Secretary to former Governor, Gbenga Daniel made the declaration in Abeokuta. “All you have said concerning Segun Showunmi to come and run for Governor, I have heard and I heard clearly. I will definitely, most definitely and extremely definitely run for the governorship of Ogun State in 2023.”

“I have spent the last 20 years or more in this political dispensation, serving them, speaking for them, improving them, running for them and I have now realised that I’m the leader I have been searching for and I tell you again, with every sense of responsibility, that you have never seen governance at the level I intend to do it,” said Showunmi.

Over 6 political parties representing the inter-party Advisory Council of Nigeria (IPAC) on Tuesday, 15th March 2022, met in Abeokuta to support Showunmi’s aspiration. The parties, along with other critical stakeholders, enjoined Ogun PDP to choose Showunmi as its governorship candidate. They believe he stands the best chance of ousting the incumbent Governor.

Members of IPAC were led by the State Chairman, Samson Ogunsanya. In attendance were the leaders of several parties like Abayomi Arabambi (the National Publicity Secretary of Labour Party and the Chairman of Mega Party, Moshood Adesina. They feel Showunmi has the capacity to win in Ogun State. “We believe that he has the capacity to deliver Ogun State from the backwardness the ruling APC has put the state in”, they explained.

Showunmi, in his response, declared his ambition to contest the 2023 governorship election in the state. He blamed the inability of the PDP to win the governorship seat in the past elections on the infighting in the party.

He will be slugging it out with other aspirants like Hon. Ladi Adebutu is also running for the Ogun governorship seat. Whilst Showunmi is from Ogun Central, Adebutu is from Ogun East.

When the news broke, a few weeks back, that Showunmi had thrown his hat in the ring to contest, it was pleasant news to many because for quite some time now, pressure had been mounted on him to run for the governorship. Both old and young people had told him to take a shot at it.

Reasons? They respect his brilliance and intellect. He is also one of the few who have been consistently consistent in politics, both at the state and national levels.

What made him join the race? City People asked him last week, during a 2-hour interview and he attributed it to the fact that he believes he has what it takes to run the gateway state. “I have been actively involved in the running of the state for decades. I have worked closely with all the leaders who have run the state since the return of democracy in 1999”.

“As for my decision to run, many of our leaders have spoken to me about it. The first time any of the leaders spoke to me about the governorship of Ogun State, curiously, was during the reign of His Excellency, Otunba Gbenga Daniel. He invited me one day, between 2007-2011, while the leaders were there, to say to me in their presence, that: “Segun, a lot of leaders in Ogun State think you are governorship material”. What do I have to say to that? I said yes sir, thank them for me. But, indeed, I am a governorship material and at some point in time, I think I will try to be governor here.

After Daniel left, I followed Ogun politics from a modest critical viewpoint. When Gov. Dapo Abiodun came, it seemed that my criticism of his administration heightened. It was heightened because I actually, truly, expected that Gov. Abiodun would be a better governor than his predecessors. Why? Number one, he has been in that race for a very long time. He contested with Daniel in 2003 and he didn’t make it at the polls at that time. He was an integral part of the Daniel and Amosun administration. And he has private sector experience. He is a man about town. He was an all-around person.

So when he became governor, I was looking for a different approach, somewhat and to encourage him, I began to kind of nudge him.

So, I would say that I listened to the leaders of the state and my political followers and I began to hear them loudly when they kept saying “Segun, come and be Governor”. But the latest one was that some of my followers had come to visit me for the typical end of the year and when we met, they said, “oh the vast majority of the members wanted to have a meeting where they could ask me questions and I could speak to some of the issues. We had the meeting. I told them at that meeting that it makes sense for them to pass a vote of confidence on the National Working Committee, to pass a vote of confidence on the zonal leadership, pass a vote of confidence on Gov. Seyi Makinde, as the only governor that we have. That was about it. It was not totally unexpected, but it wasn’t exactly planned, when I got there, and then unanimously they made a declaration that all things having been considered, they felt that I should throw myself into the ring and try to be the Governor of Ogun State and all that.

And when that kind of thing gets thrown at you on a live programme, where the media is, you have to pick it up and speak to that issue firmly. And that is what I did.

But I will say to you, to contest the governorship of any state, there are many things that will go into it.

The first is that you must brief the stakeholders and speak to them, the leaders of the state. You must count the cost, you must look at the issues around the party structure, the primaries and all those things and you must be reasonably assured that you have half a chance.

For me, I think I would make a good governor certainly. My ideas are far more radical than I see them running now and also think I have a fair chance.

In 1999, we ran with Jubril Martins-Kuye, of blessed memory. He is from Ago-Iwoye in Ogun East. In 2003, we ran with Otunba Gbenga Daniel, he is from both Omu & Sagamu in Ogun East. We returned the ticket to him in 2007. Also, Ogun East, that means Ogun East has done like 3 times. When we went with General Olurin (retired) of blessed memory from Ilaro, Ogun West in 2011. And then we went for Gbenga Nasiru Isiaka from Imeko Ago in Ilaro, Ogun West in 2015 and by 2019, we came back to Ijebu axis, with Senator Buruji Kashamu of blessed memory, from Ijebu-Igbo.

You get the impression that Ogun East has taken it a couple of times from PDP, Ogun West has taken it. The only part of the state that hasn’t been given the opportunity to get the ticket is Ogun Central.

Incidentally, we have a lot of members there. And it has also impacted how well the party has done. I am an Ogun Central man, from Abeokuta South. So, I think it will be right for us to say look, for Equity, Fairness and Justice, PDP deserves to give the slot to Ogun Central.

But even beyond that, I have asked myself often that with the constitution that we run and all that, is there nothing that the Governors can do at the sub-national level that can generate excitement for them in the direction of development of the environment?

One of the critical ones for me is how to provide schools, Nursery and Primary for the people? I have also been concerned about where the health efforts of the state touch the citizen. And I haven’t seen any real effort at ensuring that whatever it is that is our health direction, it can touch the citizenry significantly, in their everyday life. What I can see is that at best we run our health investment basically for emergency and childbearing. What about the other things? We need to rework that. I also think it is not right for any Chief Security Officer, especially for a biometric capture of the citizens of the state, with a viable address. What that does is that it makes you know where the citizens of Ogun State stay, who are their neighbours, and how to find them, just having that data alone, you have solved a lot of problems because you can do backward integration to find who committed a crime, get their biometrics and just look for them. I also believe that we must also take great advantage of the fact that Lagos is in the belly of Ogun, from all angles, from the Epe corridor, the Ifo corridor, the Mowe-Ibafo corridor, the Ikorodu corridor”.

Why I Have Decided To Run For OGUN Governorship – SEGUN SHOWUNMI was last modified: March 22nd, 2022 by City People

Asha Gangali bounces back with a smash...