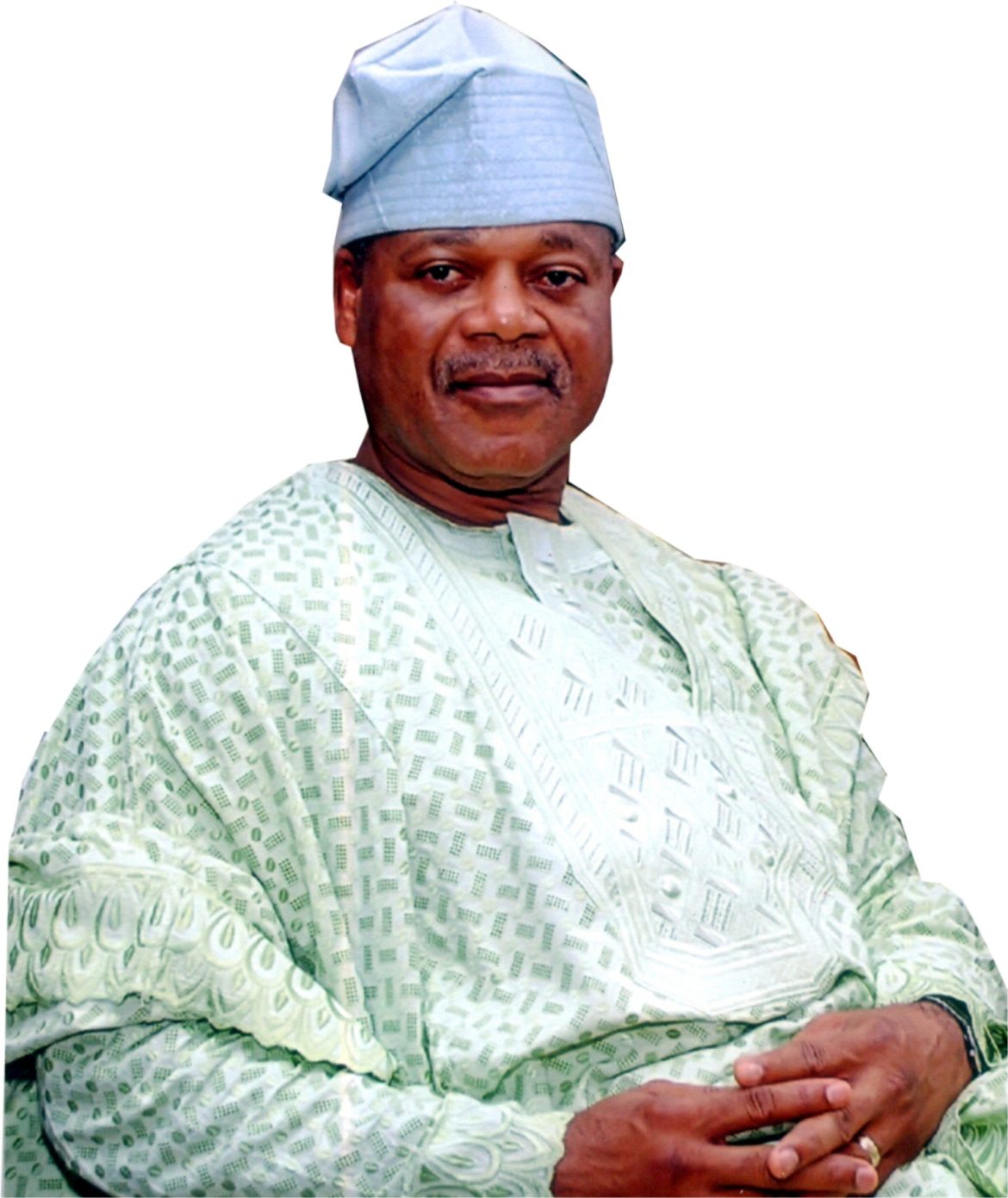 Set To Celebrate His 60th Birthday

In a few weeks time, Hon. Kayode Amusan will be 60. And he is looking forward to it. He is an experienced federal lawmaker from Ogun State. He was in the House of Reps up till 2015 after which he went back to his age long real estate, hospitality and oil business. He is a businessman who has successfully combined business with politics.

Now, he is back to full time politics.  He has joined the Ogun Central Senatorial race, on the platform of PDP.

Last week Monday, the Egba born politician spoke to City People Publisher SEYE KEHINDE about his plans for the senatorial race. Below are excerpts of the interview.

There are strong indications that you are running for Ogun Central Senatorial seat. How true is this?

Its no news any longer! I am already on the field, trying to lobby among my party members. Of course you know I am still in PDP. I never for one day left. Ever since I started politics, I have been in PDP. I have refused to leave the party. I have been in politics for the past 18 years. That was my first attempt in politics. My thinking is that if you really want to serve the people there is no point jumping up and down. Stay where you are. Come rain, come sunshine I will stay in PDP. If my people find me worthy of representing them so be it. If not, I will go back to my second address, which is my business.

The political scene all over the country is in turmoil. What do you make of it?

What is going on in the country now is unacceptable. We can not just close our eyes to our people to continue the way things are going. That is one of the reasons when my people came to me and appealed to me to run, I didn’t have a choice than to accept their plea. That is one of the things that brought me out.

Ogun Central is a senatorial district that has a lot of big names. How do you see the race panning out?

Yes, I know there are some people coming from the opposition but as it stands today, within my party, I still remain the only aspirant running for the race. I have not seen any other aspirant within the party. We would all go and sell to the people what we have for them.

Let the people ask questions. And we would give them answers. People should learn to ask questions. They should not let us end up like we did in 2015 with some aspirants who promised to turn 1 dollar to N1 and sell petrol at N40. Nobody is asking questions now. How do you actually want to do this? How come you have not done it 3 years after? That’s where we have found ourselves.

What I want to do for the people I will let them know. I have my blueprint already. Most of the things I plan to do are documented.

What do you plan to do for the people?

I don’t want to reveal my strategies to the opposition. All I can say for now is that I am going there to right the wrongs for the benefit of the common man.

How do you see the efforts of the man who has been there now for the last 3 years?

I wouldn’t want to say anything about him. I will leave that to the people to judge. He has done his best but I will leave the judgement to the electorate.

Looking at your senatorial district what are the things that you feel are wrong that you can correct?

There are so many things that are wrong. A lot is wrong. But we are going there to tackle national issues and find a solution to many of those issues facing not only your senatorial district alone, but the nation.

One of the things I intend to do is to get our people to pay more attention to their health. These days a lot of people fall down and die. Our people don’t do check up of their health medically. When I get into the parliament I am going to propose a bill to ensure that everybody as from the age of 30, must, as a matter of must, go for medical check up. We would make it affordable. Before this, we would amend the existing Act to make it so simple. So that it can accommodate a lot of people. So that going for medical check up will not be what would be a challenge for the people.

That is one of the ideas I have to implement and I have so many of them documented that I am going to do. When the time is right, you will hear all the policies I want to do.

Lets talk about Ogun State. The state has been run by APC government for 8 years now. Whats you assessment of how APC has run the State?

I don’t think what the present governor is doing is a priority of the people. That is my own personal opinion. This is because basically, what he has been doing is just roads and bridges all over the place. And it has been centralized in one Senatorial district mainly. That is his own Senatorial district. He has not spread the wealth.

Ogun State has 3 senatorial districts. Go and look at the percentage of the roads and bridges done in Ogun Central Senatorial District, especially in Egbaland. You will see that everything has been concentrated in one area. I am from Ogun Central but I don’t have to be sentimental about it, see what is happening in Ijebu and see what is happening in Yewaland. So, you can see that concentration is on Abeokuta city. It will be a disservice when another person from another zone now comes in and concentrates on their own zone because it is being discussed that if another person comes, he would not even look at Egbaland. And I can tell you, give or take, all those roads in the next 4 to  5 years will be an eyesore because they are roads, done by Chinese people. And we know the kind of work Chinese people do. They are all inferior jobs. By and large, my worry is about the economy of this state.

When I was contesting for governor in 2015, I went round I was shocked to find out that government is not patronising the people. Lets even say that our Governor is doing roads. What are the components made up to do the roads? We have Granite, we are they producing granite? Ogun State. It is the biggest  producer of Granite in Nigeria. Then, Iron Rods, Cement, Nails, Sand, Planks. I can tell you from my investigation they are not buying from anybody. Nobody knows where these components are coming from. Even trucks that people hired to transport sand and Granite, were not hired by the government. We only see some yellow trucks parked in the Government House. And people say the supplies are coming from the side of the government, straight to the Chinese Construction company. All of these will lead to Capital Flight. As we speak today the economy of that state is in trouble. Inspite of the billions spent on roads and bridges, it is not showing, because when you claim you are developing the city and you are not developing the people, the human beings, pari passu, alongside, it does not really worth it because you must also develop the people who are going to live in that city. We are not saying develop them by going to put food on their tables, in their house. No. But I mean develop them by putting in place, some policies that will transform to putting food on peoples tables. I think that’s what my brother lacks or probably he is doing that deliberately, so as not enrich or empower anybody, so as not to compete or struggle with him when he wants to bring the person he wants to be governor, to succeed him.

The philosophy of APC chieftains is Edibo Ese Obe which translates to giving out N4,000 or N5,000 on voting day. That is why there is need for us to educate our people on this issue of Edibo Ese Obe. Which Obe are we talking about? An Obe that won’t last you for more than 1 week. You will now pay the price of 4 years. The Obe won’t last more than a few days.

Let’s take Ekiti for example. On election day, they had Edibo ese obe and Fayemi won. Now, Fayemi has not assumed office the Obe has finished. Where is the Obe now? When you bribe people with N5,000 to vote. What will N5,000 do for anybody for 4 years. At the end of the day our people will be the beneficiary of the suffering, because they have sold their birthright. Its just not my own right. It is the right of my children, and unborn children. There is need to cry out loud to our people.

Can you alleviate POVERTY with N5,000? My message to our people is, if you are given the money, take the money, because its stolen wealth and vote your conscience. Do the right thing. Vote for someone who when he comes to office he can perform. He will do the needful. Our problem is that we don’t do background cheeks.

READ ALSO: OMISORE IS THE MAN TO BEAT IN OSUN GUBER RACE