Why I Produced The Movie, SURVIVAL OF JELILI – Top Actor, FEMI ADEBAYO 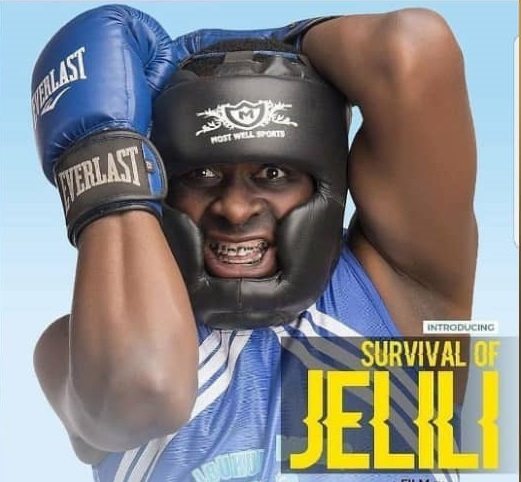 Within the movie industry right now, all eyes are on top Actor, Femi Adebayo whose new movie Survival Of Jelili is set to hit the Cinemas on the 6th of December 2019.

Right now, he is in a happy mood as he has received commendable reviews from industry practitioners who have seen the movie.

He has done the media screening of the movie and it was a huge success.

It was held at the Maryland Mall in Lagos.

It was a happy Femi Adebayo who spoke to City People Publisher Seye Kehinde recently about his new movie which he says is a sequel to the Jelili he did for home video. “I did this my new movie in reaction to the popular demand from my fans” he explained.

“Jelili is a crazy character. He is a very stupid character. So I thought even if l am going to make people laugh l should also do something that will make people learn & be involved. So,this Survival Of Jelili movie is not only a comedy but a comedy that has a strong social message.

“I did Survival Of Jelili because my fans demanded for it. People demanded that they want to see more of Jelili.

Apart from this movie, what other projects has Femi been up to? He smiled. “A lot.l have been engaged in many productions over the last 11months. l have been busy promoting another movie.”

“I have done this advocacy movie for Leah Foundation. It’s a blockbuster movie titled Diamond ln The Sky,that addresses this deadly scourge, Cancer, both Breast & Cervical cancer .The movie was directed by Kunle Afolayan.

It had in it Joke Silva, Oga Bello, Ali Nuhu, Toyin Abraham, Bimbo Akintola, Yvonne Jegede, Omowunmi Dada and myself to mention just a few.

“We had quite a number of  A list actors. I have been busy promoting that as well. They are both Cinema Movies “

How many movies has he done so far? “I have done about 15 to 20 movies all in all,”he said matter of factly.

“I have just finished post-production of my movie titled Gbeje Oloko (Gbeje the Transporter).

“I am known for producing movies that have a lot to do with the grassroots. I do a lot of grass root movies. “

“I have produced Sonto Alapata(Sonto the Butcher),a blockbuster movie that has won several awards. I have produced another movie Britico Onigedu(Britico the Logger) where I addressed the issue of the kind of work the loggers do.

I have done Gbeje Oloko. Watch out for it, after Survival Of Jelili. You will like it.

Why I Produced The Movie, SURVIVAL OF JELILI – Top Actor, FEMI ADEBAYO was last modified: May 6th, 2020 by Reporter