Home News Why I Will Be Re-Elected For A 2nd Term – Hon. ABDULHAMED DULLER
News

Why I Will Be Re-Elected For A 2nd Term – Hon. ABDULHAMED DULLER 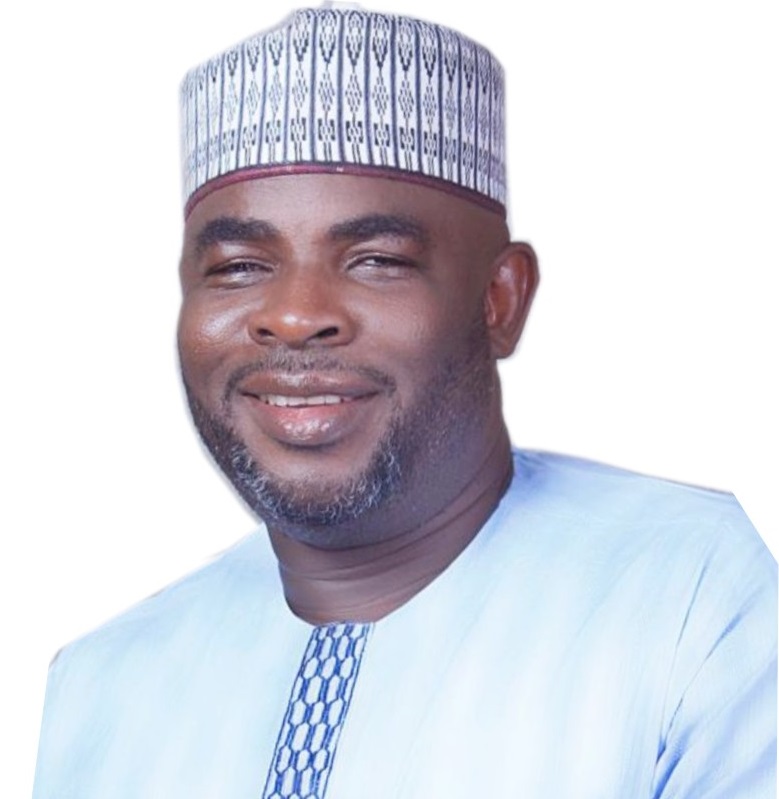 Hon. Abdul Hamed Salawu Duller is one of the most popular council chairmen in Lagos state today. Mention his name within the political circle in Lagos and you will be surprised how many people will tell you they know him pretty well. The man is hugely loved by both the young and old in the community. Hon. Duller’s humility and compassion for the less privileged and, especially, the aged in Somolu local government have been well documented. He does not joke about the well-being of his people. But beyond all of these, the man has performed incredibly well. He has done over 34 roads in Somolu in just three years with an ultra-modern health centre in the works. These are just a few of his accomplishments in office. That is why many feel the coming council chairmanship elections is a foregone conclusion, the man is as good as getting his second term in office.

How much importance have you placed on health within the local government?

Health is very key. Even his Excellency the governor has been emphasizing this repeatedly, he says health is a priority. Just two weeks ago, he said to us, health and education must be paramount in our delivery to the people. And we want to make our governor proud of us because we know he likes us. He has a special interest in our progress. And because we know he’s been particular about health, and we also have placed a huge premium on the health of our people, we decided it was time to have a new ultra-modern health centre. And we are naming the health centre after his lovely wife, the First Lady of Lagos State, Dr. (Mrs) Ibijoke Sanwo-Olu. It will be called Ibijoke Sanwo-Olu Primary Health Centre. And there’s a reason for this. Before she became the first lady, she used to work here in Somolu. She was very passionate about her job. The children, the women, they all loved her.

From all that’s been reeled out, it’s pretty obvious that you have done incredibly well. How confident are you that you will win the coming elections and return for a second term as the Executive Chairman of Somolu local government?

I am very confident. As far as I’m concerned, the elections have been won and lost. It’s a done deal. It’s not something I will lose sleep over because we have done a whole lot for the people and they are more than impressed with our performance. Who wants to come and contest with me? Where are they? There’s no PDP in Somolu, so what are we talking about?

(Hon. Ladipo) And I must quickly add that for the first time we have a Council Chairman that has a fantastic relationship with all the leaders of the party in Somolu. They all come to meet with him anytime they want and he listens to them.

(The chairman asks Hon. Adefalujo Olisa Ademola, one of the Super leaders in Somolu local government to join in the interview)

My name is Adefalujo Olisa Ademola, one of the Super leaders in Somolu local government. In respect of our council chairman, in spite of his age, he has united all the leaders of Somolu Local Government. And he is very close to the grassroots. He has a passion for the job. Long before he became the chairman, God had already blessed him. He is also a very good listener and once you’re a good listener you’re not likely to make too many mistakes because nobody has the monopoly of wisdom. The chairman is very close to us the elders and even the younger ones as well. I like the fact that he runs an open government and this has really helped him make significant progress. So as far as the election is concerned, yes, we know God is the ultimate but judging by what he has done, there is no cause for alarm.

What would you say, sir, is Hon. Abdul Hamed Salawu’s greatest asset as a council chairman?

Presently, I’m the chairman of the market committee and this has given me the opportunity of working closely with him. There was a time we had a fire disaster incident at Alade market, I called him up around 15 minutes past one in the morning and within 15 minutes he was at that market. By the time I got to the market, they said the chairman is here already. Another thing is that he touched the lives of those market women. He promised to support them and get them back into the business and he fulfilled that promise. I supervised the distribution of the cheques. The two markets were promised ten million naira and this has never happened before. It’s one thing for you to make a promise, it’s another to actualize it. Now, we’re having the registration exercise and revalidation, by the grace of God, I’m the supervisor in charge of that exercise. All the necessary logistics needed to kick off that exercise, I can say it anywhere, it was done by Hon. Abdul Salawu Dullar and Hon. Rotimi Olowo, our present House of Assembly member. I am saying it with emphasis as the man in charge by the grace of God, we did not take a kobo from the state, apart from the money they gave to the unit officers, all other logistics were sponsored and funded by Hon. Abdul Salawu Dullar and Hon, Rotimi Olowo, and that made the exercise a pleasant one. So, that much I can say with facts and figures.

I want to speak on behalf of the party about our council chairman Hon. Abdul Salawu Dullar. Already he has changed the face of Somolu. Somolu now is called ‘Little London.’ When you’re talking about good roads, we are first in Lagos state. Drive around Somolu yourself and see. Also, in education, all of our schools have been renovated. When you enter into the schools, like Right Memorial Primary School, you will see the new structure there. Go to Agunbiade, it has been renovated. Go to our health centers, they are all functional in all the eight wards that we have. If you have any medical issues at night, you have somewhere to run to. Even right now, I’m asking questions, what are the projects he’s going to embark on because he has done a whole lot already for the people. About this time yesterday, he was distributing rice, garri, beans, and other foodstuffs to multitudes of our senior citizens, the aged. So, I am using this opportunity to assure him that in Somolu, his second term is assured. That is our position and no one can change it, we are determined to vote for him. I am guaranteeing you that if you visit any of the eight wards, they will tell you good things about Hon. Abdul Salawu Dullar. They will tell you he is the man we want, the only one who can provide answers to our problems. The same goes for Hon. Rotimi Olowo, he has also done well, the two of them work well together. There is a synergy between them and you can see the results.

Hon. Abdul Hamed Dullar, please, tell us, what are some of those few projects remaining that are very dear to you, that you want to make sure that, once the elections are over and by the grace of God you return elected as chairman, you will hit the ground running to get them done?

As my LG chairman said, we still have quite a few projects I would love to see us complete. For instance, inward E, which is a very big ward, and wards F & G, we still have few things to do in those wards. We want to build a new health center in ward F. I want to build another one in G. Though we already have one in ward G but I want to put a new structure, my own structure there too. We have a few roads left as well. Roads, particularly quality roads cost a lot of money but they are very key for development. We have done quite well and I can say it anywhere that Somolu is one of the best local governments in Lagos state.

Where do you get the passion, sir, to do all these and so consistently too?

I have one egbon in the person of Hon. Rotimi Olowo. He inspires me. We work together. We sit down together. We have what is called the Chairman Assembly Advisory Committee and we sit down to deliberate issues. Hon. Olowo and I sit down with the leaders such as the Apex Leader, Somolu local government, Apostle Oyewusi, and other Super Apex Leaders such as Mr. Olisa Demola, Gbolahan Bagostowe, the immediate past chairman, there is Hon. Lawanson, the immediate past Sole Administrator, Commissioner Abiodun Orekoya, the local government civil service commissioner 1, and he’s also the past Executive Secretary, there is the LG chairman, Mr. Femi Taiwo and we have Hon. Mike Ohighe, he’s the former educational secretary, and of course, there is the council leader. There is also another very important figure, the man I love to call my father, Alhaji F.O. Bakare, the Baba Oba himself. So, we all sit down together, look at the issues on the ground and map out the next line of action. When the next line of action has been decided, I will now bring that to the notice of the Exco and discuss with them. So, it’s not me alone, it’s teamwork. Normally, yes, we do have our differences, but the moment we agree, we move. And we hold this meeting at least once a week to make sure we keep the ball rolling and sustain our momentum.

How do you unwind in the midst of all these tight schedules on your hands?

Normally, I rarely go out. Once I’m done with work, I go straight home. I don’t party, I don’t engage in frivolities.  I get home from work and I’m looking at next line of action. I don’t go clubbing.

So, you don’t drink or smoke?

No, I don’t drink, neither do I smoke.

You must agree with me that one of the things the job exposes you to is women. A lot of them would come around, seeking one favour or the other, how have you coped, sir?

Well, the truth is that all council chairmen are the envy of all women. Men and women will always come around us, looking for solutions to different problems and it’s our responsibility to help them whichever way we can.

Why I Will Be Re-Elected For A 2nd Term – Hon. ABDULHAMED DULLER was last modified: March 17th, 2021 by Wale Lawal