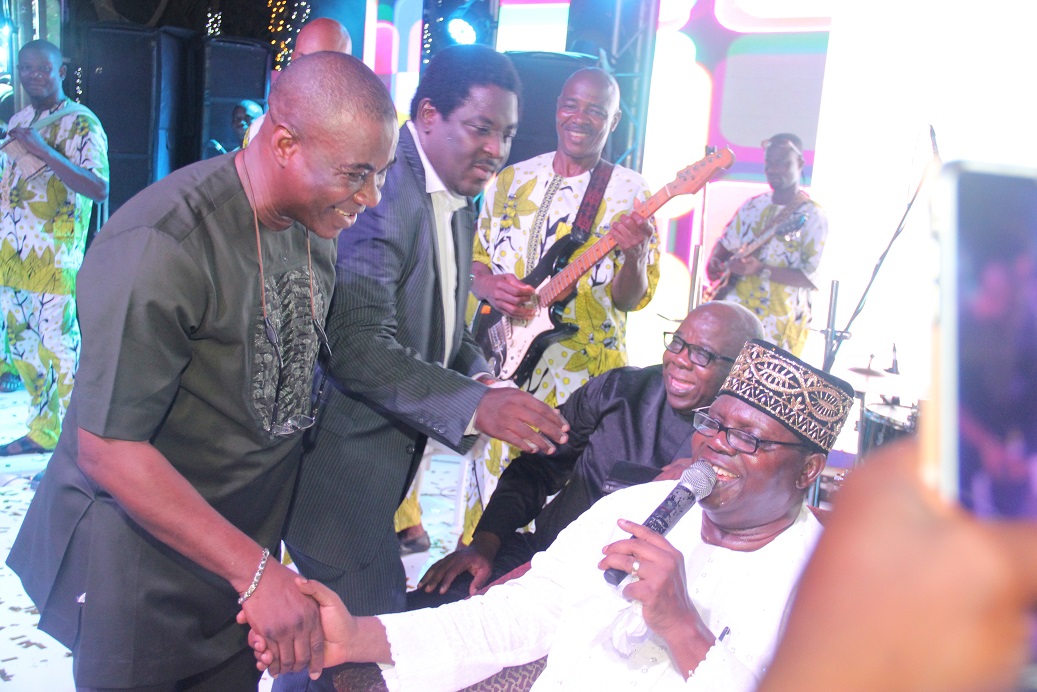 The Story Of Their Over 4 Decades Relationship

Many don’t know Juju maestro, Ebenezer Obey and King Wasiu Ayinde Marshal are very close. They are and we can tell you that for sure. What is the reason behind their closeness? Many ascribe the intimacy to the profession. That they are both top musicians. Some believe that their relationship goes beyond being 2 top Musicians. How did they become close you may ask? What could make K1 love Evangelist Ebenezer Obey this much? What solidified their relationship of over 4 decades?

Back then, while Obey Commander was very close to Dr Sikiru Ayinde Barrister, his counterpart, General Kolawole Kollington was also very close to King Sunny Ade.

When Ebenezer Obey turned 70 many years ago, K1 was there to show love to his Mentor’s Big Brother.

Though many were surprised when K1 Publicly showed love to Ebenezer Obey a few weeks ago when Lagos billionaire, Aare Rasak Akanni Okoya turned 80, but those who know the Fuji living legend revealed that K1 always shows love and respect to the Juju maestro.

This is not just because he is the oldest Juju musician, but because of the closeness between him and his Father, Dr Sikiru Ayinde Barrister.

How did K1 dazzle Ebenezer Obey at the Okoya’s mansion?

Well, it was an emotional moment when King Wasiu Ayinde Marshal stormed the stage to pay homage to the Juju legend, Chief Commander Ebenezer Obey, while he was performing.

The Chief Commander held K1’s hand for quite some time and began to pray for him.

K1 prostrated and what he did next was what no one expected. He brought out a bundle of 1000 naira notes, while he was still on his knees before Chief Commander and began to place the notes at Obey’s feet. K1 didn’t stop until he drop the last note on Ebenezer Obey’s.

Immediately afterwards, he held his leg and began to touch his feet. He also started to rub Obey’s feet all over. It was an emotional moment for many as K1 began to show love throughout the night while he sang all Ebenezer Obey’s popular songs during his performance.