Why Many Actresses Can’t Keep Their Marriages 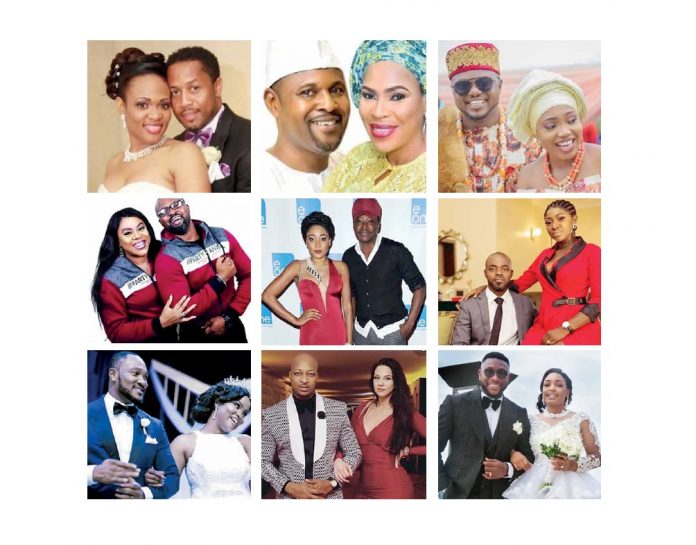 The rate at which Nollywood stars’ marriages crash lately is really getting scary. Last year over 10 marriages crashed and just when we thought we have seen enough, just in the first quarter of 2022 over 6 showbiz stars’ marriages crashed, and this has kept many wondering, what exactly is the problem. Even in some marriages that many think, oh, it is a union made in heaven and they will last forever, a few years into the marriage, the news of their break up goes viral leaving fans and admirers disappointed.

Though many will say, marriage break-up happens everywhere, every day but we only get to hear about that of these celebrities, because they are in the limelight.

Yes, their’s is more pronounced because, they are in the limelight, a lot of people, most especially youths look up to them as mentors and role models, so to fans, they should live a life worthy of emulation.

Most often, the reason for break up is usually a joint thing. As the man contributes immensely to the breakup, especially if he is the cheating type, or abuses his wife physically and emotionally. Despite all these, there are still some major factors that make it extremely difficult for lots of actresses to keep their marriages.

Combining the homefront and their career together is a major problem. To many of them, it is one task they can’t combine together, thereby leaving one to suffer, which often is the home front. Because they believe it can be faced and tackled at any time, forgetting that, it is not all men that have patience and tolerance to bear everything.

So these stars put their efforts into building their career, while the home front suffers.

These actresses want to eat their cakes and have it. Yes, they want to be married to a man and at the same time, live the normal single lifestyle, which is not possible. Despite being married they still want to hang out with friends very late at night, club spends weeks on location, and enjoy their lives to the fullest.

How many sane and responsible men out there will tolerate such a woman. This particular point was one of the reasons star actor Gbenro Ajibade gave for ending his marriage with star actress Osas Ighodaro.

According to him, his wife leaves their daughter in the hand of a stranger while she parties till very late at night.

Not being submissive. A good number of these star actresses are financially independent and can cater for all their needs at any time. They only consider marriage for the sake of having children and also for society.

80 percent of them that are married call the shot at home. They find it difficult to be submissive to any man and this is one of the major problems they face at home. That is why we get to see husbands revolt when it gets too much and they can’t bear it anymore.

When you see some of them respect their husbands, then the husband in question is very okay financially as well, though it doesn’t apply to all.

Side attractions from admirers which often leads to infidelity. These actresses are public figures, who always get admirers, and who watch them in movies. These admirers in question are often big boys who are always more than willing to part away with any amount of money just to see these stars one-on-one.

Some at times, ask for more and with lots of money to throw around, once temptation sets in, it becomes a problem, and once the husband starts to suspect foul play, and before you know it the marriage starts experiencing cracks and if things are not quickly sorted, it gets worst.

They are unable to manage the stardom, the fame gets into their head, and a lot of them find it difficult to manage, this gets into their head that they start misbehaving forgetting that, no matter the fame, an African man wants to command respect from his wife, and once he is not getting it, then the marriage starts experiencing problems.

A lot of actresses rush into the same marriages without making proper findings about the man in question. The man in question comes in with a lot of packaged lies, believing that is all, the actress wants to hear, few months into the emerging marriage, the truth starts flying out that is when people hear that a few months into a marriage, it crashed. These guys come with tales of their wealth and houses abroad, with little at hand to throw around and immediately these gullible stars believe them, few months into the marriage, they discover, it is all lies and nothing more.

People misunderstand their person and it is always difficult for them to explain this because a lot of their colleagues in the industry have given people the wrong impression about their profession, so no matter how hard they try, the story still remains the same.

Their lifestyle is another factor. As a celebrity, they are expected to live a flamboyant lifestyle, and once their husbands can’t pay their bills, they are forced to depend on men outside their marriage to help with bills and take care of their lifestyle, and no man is ready and willing to do so much for anybody without getting something in return.

Why Many Actresses Can’t Keep Their Marriages was last modified: April 20th, 2022 by City People