Why Many Developers Buy Land From Me In LEKKI 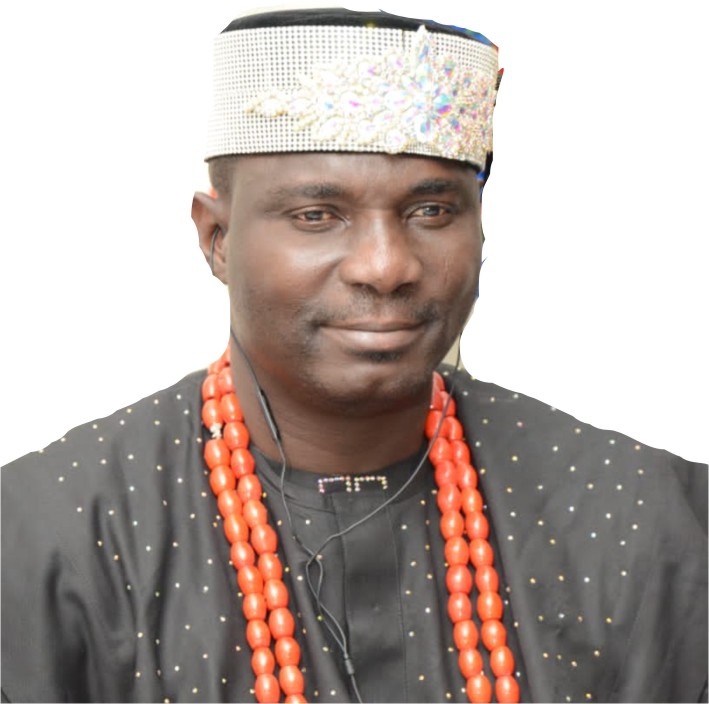 One of the big land merchants in the Lekki axis who sells land in bulk to many developers is Chief Orioye Adefowope Kayode. If you call him an Omoonile (Landowner) you won’t be wrong.

He’s the MD/CEO, Adefowope Property Development & Dredging Ltd. This company is a subsidiary of Adefowope Group of Companies. This firm has provided land of different sizes to several real estate firms in Lagos and outside Lagos.

Adefowope Property Development has introduced the latest technology into the various services they render.

A few weeks back, the property mogul spoke to ISAAC ABIMBADE (08155107955) about his journey in real estate. He reveals what stands him out from other property players in Lagos. Below are excerpts.

What were you doing before real estate?

That’s a good question. Let me start with how I started the real estate business. I’m from a polygamous home. My dad sold the idea to us. He would always say when you have money don’t drink or chase women. The first thing you should do is build. You can buy land and build. And he would say when you are moving out of my house don’t rent. And that’s how I found myself in real estate. I started by letting, leasing of land etc. I started around the late 90s. I started a tourism company with some guys, we called it Steget Tour and Travels.

After that, I started PKP (Procedure Kleaning Property) and that’s the name of the company I used for my letting/leasing. That was what I was doing. But when I made my first million in Lekki Scheme 1 Road about 21 years ago, I started adding other businesses. I got a contract for a building then. I helped people develop property around Abijo. That was the first building contract I had. That’s more than 20 years ago.

Afterwards, I registered a security company about 13-years ago. I also registered Adefowope Farm Estate for Agric. My mentor is the Chairman of Whitegate homes because he has a big plantation too and when Developers ask me for land I would tell them the land they can buy because I’m a Landowner myself and I’m from Eti Osa here in Lagos. I can tell any developer the type of land to buy without checking the title in Alausa. And some developers come to me and I will package land for them so that they can spread the payment. And that’s how I started copying them and seeing how they are doing it. And I appreciate someone like Mr Bamidele Onalaja of RevolutionPlus Property who encouraged me. He told me to register a proper real estate company. And that was why I registered Adefowope Property Development.

Do you have anything to do with the army because a lot of people say you started in the military?

I attended Command in Jos. I was a Cadet. I wanted to be a Soldier but I tried the NDA it didn’t work so I stopped trying. But I have also learnt something; once you are a military man, you are restricted to many things. The only place you can enjoy yourself is the barrack. Because I wanted to be a military man but I couldn’t so I now joined the Nigeria Legion. That’s the uniform you saw on my profile.

There are a lot of people who will like to know more about you: tell us about you sir.

Can you tell us more about the property aspect?

There’s a big deficit in the Nigerian housing market and we at Adefowope Property want to see how we can come in and make housing affordable at a reasonable cost. We are also planning to go to the rural areas and make housing affordable to them so that the low-income earners can have roofs over their heads and also be proud of owing landed properties. Though we target the high end but we also target the low-income earners.

Where do you have some of these properties?

That’s why we went to Abeokuta.

How long have you been in the real estate sector?

We’ve been in the real estate business for almost 20 years. But it was just land then. We started building of houses a few years ago.

We started housing construction in Awoyaya and Orchid.

What would be the goal of the company in the next 5 years?

We want to be the number one. I said it in our REDAN annual general meeting. We want to be number one in the real estate sector. We also want to meet the needs of the low class with our signatures everywhere.

What stands you out from other real estate players?

What I can say is our advantage is one: I’m Omo-Onile. Secondly, I’m a Chief. Thirdly, most of the developers buy the land they are selling from me. What we do now is to sell those land ourselves. Because we have been learning from the developers who come to us for land. I didn’t jump into it, I asked questions. And they have been very honest with me. One of them is Revolutionplus Property. Also PWAN and a few others.

Does that mean people don’t have to be afraid of buying land/houses from them?

Yes of course. We have sold a lot of land to many developers in billions of naira. Having some of these developers around me has helped me so much and I’m learning from them to improve my own real estate business.

Why Many Developers Buy Land From Me In LEKKI was last modified: December 20th, 2021 by Isaac Abimbade