Home News Why Many Ladies Now Freeze Their Eggs
News 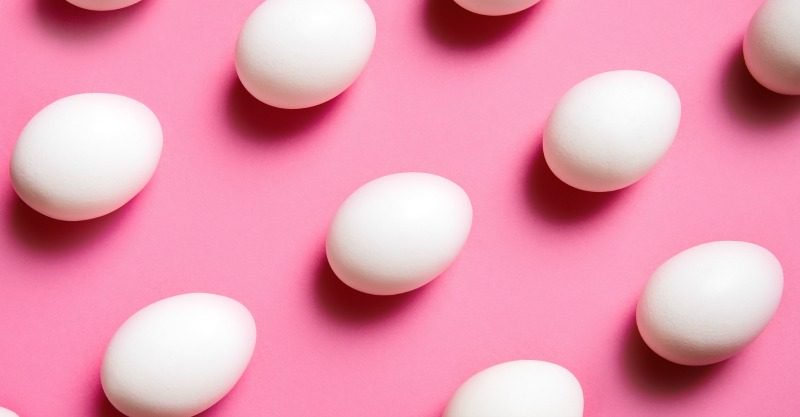 •To Enable Them Have Babies Later In Life

Many single ladies or married ones  freeze their eggs due to late marriage or delay in having babies after marriage, so instead of wasting the eggs to menstration every month, they freeze it for many years to use it later when they are ready to have babies.

Egg freezing, or oocyte cryopreservation, is a process in which a woman’s eggs (oocytes) are extracted, frozen and stored as a method to preserve reproductive potential in women of reproductive age. Egg freezing is also a method used to preserve reproductive potential in women. Eggs are harvested from ladies ovaries, frozen unfertilized and stored for later use. A frozen egg can be thawed, combined with sperm in a lab and implanted in your uterus through in vitro fertilization which is a form of assisted reproductive transport. Ladies are often advised of the potential risks and whether this method of fertility preservation is right for them based on their personal and reproductive history. The cost of medication and treatment for one cycle in US is roughly $10,000-12,000 and storing eggs cost about $800 per year which approximates 4million naira plus per year. This does not come cheap but ladies who have the wherewithal does it almost on repeated cases.

Freezing eggs at a younger age helps women preserve their ability to reproduce when the time is right in the future. For the best chance of success at a live birth in the future, it is best to freeze eggs before you are 36. Once frozen, embryos can remain viable for many years, with cases of live birth resulting as long as 15 years after freezing!

Egg freezing is usually done or might be an option when ladies are not ready to become pregnant now but want to try to ensure their ability to get pregnant or have a biological child in the future. Egg freezing doesn’t require sperm because the eggs won’t be fertilized before they’re frozen. Just as with embryo freezing, however, they will need to use fertility drugs to induce ovulation so that they will produce multiple eggs for retrieval.

Many ladies or women also consider egg freezing if they are about to undergo treatment for cancer or another illness that may affect their future fertility potential because certain medical treatments — such as radiation or chemotherapy — can harm fertility. Egg freezing before treatment allows a lady to have biological children at a later date.

Married women freeze their egg if they are undergoing in vitro fertilization, IVF. If their spouse isn’t able to produce sufficient sperm on the day they have their eggs retrieved, egg freezing might be needed. When undergoing in vitro fertilization, some people prefer egg freezing to embryo freezing for religious or ethical reasons. Single Ladies wish to preserve younger eggs now for future use.

Frozen eggs can be used to try to conceive a biological child with sperm from a partner or a sperm donor. A donor can be known or anonymous. The embryo can also be implanted in the uterus of another person to carry the pregnancy (gestational carrier). What method can a women go about freezing their Eggs?, which is termed as Egg retrival? It is done under sedation, typically in a clinic. A common approach is transvaginal ultrasound aspiration. During this procedure, an ultrasound probe is inserted into the vagina to identify the follicles. A needle is then guided through the vagina and into a follicle. A suction device connected to the needle is used to remove the egg from the follicle. Multiple eggs can be removed from the follicles in about 15 to 20 minutes. After egg retrieval, there are possibilities of experiencing cramping and feelings of fullness or pressure might continue for weeks because your ovaries remain enlarged. Then it is ready to be frozen. Shortly after the unfertilized eggs are harvested, they’re cooled to subzero temperatures to stop all biological activity and preserve them for future use. The makeup of an unfertilized egg makes it more difficult to freeze and lead to a successful pregnancy than does the makeup of a fertilized egg (embryo). There are 2 types of freezing methods and Cryoprotectants are used to protect the eggs before the eggs undergo freezing. The Slow-freeze method, low concentrations of cryoprotectants are used initially. As the temperature is gradually reduced and the eggs’ metabolic rates decline, higher concentrations of cryoprotectants are used. A slow-freeze method can also be used to protect eggs from potential exposure to toxins in the cryoprotectants.

The other method is Vitrification where high initial concentrations of cryoprotectants are used in combination with cooling so rapid that intracellular ice crystals don’t have time to form. When you choose to use your frozen eggs, they’ll be thawed, fertilized with sperm in a lab, and implanted in your or a gestational carrier’s uterus.About 90 percent of eggs survive freezing and thawing, and about 75 percent will be successfully fertilized. The chances of becoming pregnant after implantation are roughly 30 to 60 percent, depending on your age at the time of egg freezing. The older you are at the time of egg freezing, the lower the likelihood that you’ll have a live birth in the future. Keep in mind that pregnancy rates might be lower when frozen eggs are used, compared with fresh or frozen embryos.

Why Many Ladies Now Freeze Their Eggs was last modified: January 8th, 2019 by Tayo Oyediji