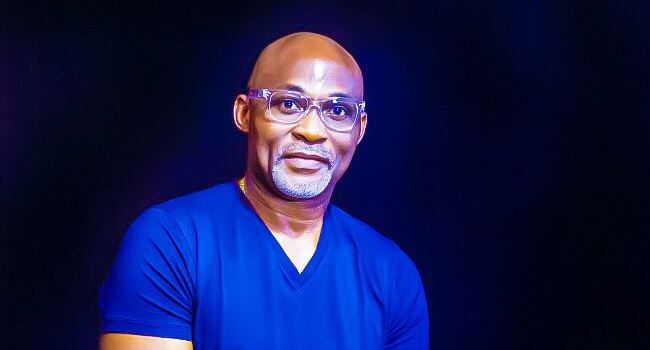 Richard Mofe Damijo, popularly known as RMD is one of the movie icons dominating the movie industry, featuring in blockbuster movies back to back. 90 percent of movies released in the cinemas lately have RMD as one of the lead characters in the movies. His face alone on the poster sells movies like a rush for hot cake, and this explains why all producers desperately want RMD to feature in their movies, even if, it is for a few scenes. This multi-talented movie icon doesn’t come cheap at all. He collects millions to feature in a movie, and with him in a movie, it is definitely a sell-out.

RMD roles interpretations is close to perfection. He interprets roles so perfectly and this also explains why lots of people can’t get enough of him in movies. His stylish nature is also one attribute that makes producers crave for him. The stylish actor, father, grandfather and lawyer perfectly knows what to wear and how to combine any piece of clothing, from native attire to casual outfits and suits, He easily beats most of the younger male celebrities with his charming and dapper look despite his age. He equally knows what to wear and when best to wear the luxury fashion items, from hat  to glasses and wristwatch. He selects his accessories carefully to spice up his glamorous looks all the time, one can’t help but admire him. Whether in a simple outfit or formal outfits, he always stands out. Besides his exceptional acting skills and perfect script interpretations, his good dress sense, RMD is blessed with a charming look, that makes people always fall in love with him. In any movie poster of a movie his photo always induce’s fans to watch the movie, because he doesn’t feature in just any movie but blockbusters.

He was born in Udu Kingdom in Delta State on the 6th of July, 1961, he attended Midwest College in Warri and Anglican Grammar School where he was a member of the dramatic club. He bagged a Bachelor’s degree in Theatre Arts in 1997 from the University of Benin then returned to the University of Lagos for another degree in Law, and he graduated in 2004.

He starred in the television soap opera entitled “Ripples” in the late ’80s, he also worked with Concord Newspapers and Metro Magazine as a Reporter, before venturing into acting.

He is the founder of RMD Production, and Water Limited and RMD Foundation.

The RMD Production is an umbrella for the RMDtvng and RMD the actor. It is an entertainment platform that produces creative content, TV and Radio Productions, broadcasting etc while Water Limited is a Nigeria PR outfit that deals with Public Relations Consultancy.

His love for charitable causes, made him to establish the RMD Foundation, a platform that mentors for greatness.

RMD was married to Nigeria Journalist and Publisher, May Ellen Ezekiel (MEE). She passed away in 1996, during a surgery meant to treat fibroid in a Lagos Hospital. A couple of years later, RMD married a TV personality, Jumobi Adegbesan. The wedding took place at the Household of God Church and the wedding was presided over by the popular Pastor Rev. Chris Okotie. His marriage with MEE produced a son, who is equally married now and has two sons as well, that makes RMD a grandfather. His marriage to Jumobi is equally blessed with four kids, so they are blessed with 5 kids in all, 3 boys and 2 girls. RMD doesn’t joke with his family and according to him, his family is the most precious of all the gifts of his life.

RMD is regarded as Nigeria’s hottest grandpa, not only for his handsome look but also for his growing popularity and charisma.

He stands out, among other movie icons in the industry, not just featuring in movies, but rather in blockbuster ones back to back. We won’t be wrong if we call him the face of cinema movies of the year, as he has featured in many blockbuster movies at the box office such as Merry Men 2, The Wedding Party 1&2, 30 Days In Atlanta, 10 Days In Suncity, Chief Daddy, Merry Men 1, Gold Statue, God Calling, Oloibiri, Okafor’s Law, Love Is War, Shuga, Boxing Day, Hush, Suicide Mission, Wellcome To Nollywood, Critical Assignment Dinner, True Romance, The Price, Three Wise Men, Baby Girl, The Bridesmaid, Alice In America, The Intruder, Darkest Night, Caught In The Middle, I Love My Wife Even After Death, Cross Road, Blood & Oil, The Hour, Castle & Castle amongst others.

This highly respected and celebrated charming actor is also popular for these evergreen movies “Violated”, Diamond Ring, Behind Closed Doors, Hostages, Out Of Bounds.

Why Many Movie Producers Can’t Do Without RMD was last modified: December 26th, 2019 by City People

I Got The Name City People On 3rd Mainland Bridge – City People Publisher, SEYE KEHINDE, Speaks On The Magazine @ 23