Home Relationship Why Many Women Stay In Abusive Marriage
Relationship

Why Many Women Stay In Abusive Marriage 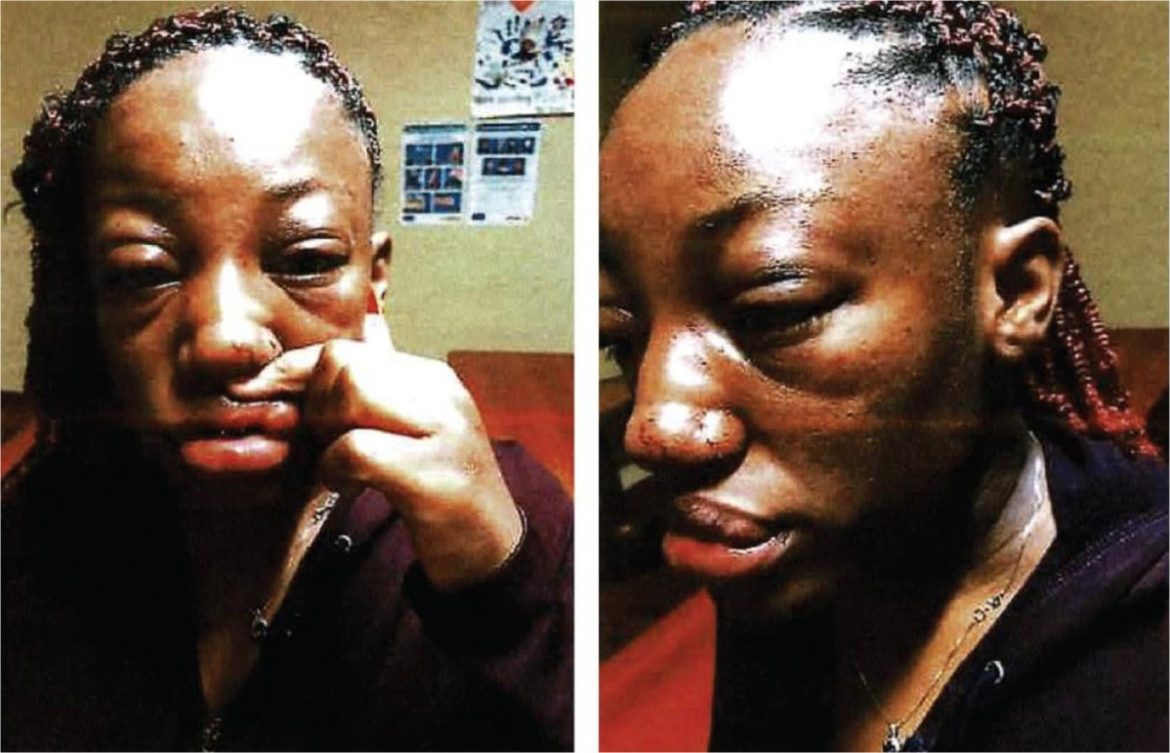 There is a sad narrative going on within the marriage institution right now and it is very scary. It is called domestic violence. Some may argue that it is not entirely a new phenomenon but it is certainly on the rise and at an astronomical rate too. More and more men are now starting to physically abuse their wives, sometimes leaving them with grievous body injuries or having them outrightly killed as it happened in the case of the late Osinachi and her husband. The details surrounding Osinachi’s death reveal that she suffered from severe heart complications after being kicked in the chest several times by her husband. She was said to have been in an abusive marriage for several years, which was what eventually took her life. Shockingly, shortly after the news of the death of Osinachi got out, news of other troubled marriages have been brought to the fore. And they have all left a bitter taste in the mouth, making many to wonder how many of such women are presently in troubled and abusive marriages.

The first was the video of a lady and a man presumed to be his wife inside a bedroom that seemed to belong to a fairly comfortable couple, going by the nice interior of the room. In the said video that went viral, the man could be seen whipping the lady who was in hijab with what looked like a leather whip (koboko) or a cord. The young man whipped the lady ceaselessly, dragged her on the floor and kicked her hard on the chest even as she cried and begged for mercy. As at the time of going to press with this article, no one has come forward to reveal the identity of the wife beater. Interestingly, while all of this was going on, someone in the room was video tapping all that was going on.

Another video with similar content also went viral at about this time. This time, the setting was not a cosy bedroom with nice interior furnishings, it was right in the middle of the road, somewhere in the eastern part of Nigeria. A young man could be seen in the video kicking, punching and whipping a young lady who already appeared to have suffered a broken leg as she could barely stand on her feet. But that did not convince the man he had done enough damage to her body, he continued to descend heavily on her until a few women summoned the courage to approach him and hold him back from inflicting further injuries on the lady. But this particular video had a twist to it, and an interesting one at that. From the online feedback, many people, especially women, were delighted with the twist to the tale. What happened is that, apparently, some people had identified the guy in the video and some law enforcement agents had identified and apprehended him. He was tied to a tree half-naked and whipped hard on his bare back, leaving him with torn flesh and blood painting unpleasant pictures all over his back. This attracted resounding cheers from the female folks.

Shortly after these aforementioned videos were put out in the media space, two other stories came out in almost quick successions. One was the story of a lady who called off her wedding 72 hours to the wedding day. She alleged that her fiancé often abused her physically, even on days leading to their wedding day that never held. She was scared, ostensibly after following the Osinachi story, and realized that it was best she called off the wedding. According to her, it dawned on her that if the man could be treating her this way while they were still in courtship, then there was no telling what would become of her if she got married to him. Her fate might not be different from that of Osinachi.

Just before the dust over the lady’s story settled, another video hit the social media. This one was heart-wrenching. In the video, a lady had been beaten black and blue by her husband. She was in pain, she was in tears. Her two eyes had swollen up from excessive beating and punching and both appeared firmly shut. She could barely see. Yet, despite all of these, she was insisting she would not leave her husband after family members and neighbours urged her to leave the man before something terrible happens to her. There was outrage. People were shocked to their marrows. They could not understand why a woman who was suffering in the hands of the father of her children would choose to stay put and be ready to die in that marriage, just like the late gospel singer, Osinachi was killed by her husband, a man who had been physically abusing her for years. Many even wondered whether such men had charmed their wives such that they couldn’t think straight and realize that they were putting their lives at risk staying with such toxic and violent husbands. The truth is, in most cases, the woman has not been charmed or put under any spell in any way. This was a decision she made of her own volition with her eyes wide open.

Strange as it may sound, there are quite a handful of reasons why many women in abusive marriages still choose to stay in such marriages instead of running further away from such men so they can remain alive to watch over their children. One of such reasons is the fear of the stigma they will face if they leave the marriage. For many, returning to their father’s house is a no option. They cannot even begin to fathom the thought of moving back to the house where they lived nearly all of their lives as spinsters to start all over again. And unfortunately for the woman, the society does not make it any easier on them. It frowns at the single mother, much more a divorcee. Nobody wants to know why she is separated from her husband, they simply jump to conclusion. As far as they concerned, it is either she was caught cheating on her husband or she was not submissive enough to her husband, hence the man had to kick her out, it is never that the woman chose to kick herself out of the marriage. For Osinachi, she just could not bear the thought that a minister of the gospel like herself would even consider divorce. To her, the Bible does not approve of divorce, and neither does God. She would not be able to look at other Christians who looked up to her in the eye and tell them she had decided to divorce her husband. It would shatter her into a thousand pieces. So, she endured the marriage, hoping that with time, her husband would change and begin to do things differently. But, sadly, he never did. The only thing he did differently was that, this time around, he took her life.

Another key reason most women remain in abusive marriages is the fear of leaving their children and ultimately losing them to another woman who will come into the house to replace them after they make their exit. The very thought of leaving their kids at the mercy of another woman who could choose to harm the children or maltreat them endlessly simply terrifies them. Knowing that in this part of the world, most men will not allow the woman leave with the kids, whenever the idea of a divorce is offered to the woman in an abusive marriage, the first thing she says is, ‘what about my children, what happens to them? I cannot leave my children behind.’ This singular reason, even for those who are willing to deal with the issue of stigma, is the biggest dilemma facing most wives who are stuck in a deeply toxic and volatile marriage.

Equally significant to the woman is the matter of her lack of economic power. Most women lack the courage to walk out of a horrible and death bound marriage because they lack the resources to enable them stay on their own and take care of their kids themselves, especially in cases where the man is willing to let them leave with the kids if they so desire. Oftentimes, the man is the one with the economic power to provide shelter and put a roof over her head and the kids and feed her and the children as well as send them to school. She may not have the resources to do half of these so she opts to stay and patch things up, hoping someday the man gets tired of confining her to eternal misery and inflicting on her unbearable pain. But if truth be told, in most cases, they never tire. And so, these women continue to suffer in silence until when everything comes to a head one day, and usually, it often comes to a very terrifying head.

It can never turn out a wise counsel for any woman to choose to stay in an abusive marriage. The end usually leaves the woman losing on all fronts. She loses her life and leaves the kids she chose to risk her life for, motherless. Domestic violence is on the increase in the country and its getting scarier by the day. Women who have found themselves in abusive marriages must find the courage to rise up and walk away from that marriage before they end up like the late Osinachi.

READ ALSO: I NEVER KNEW I WILL LIVE UP TO BE 80 – CHIEF NIYI ADEGBENRO

Why Many Women Stay In Abusive Marriage was last modified: April 25th, 2022 by Wale Lawal

A Lunatic On The Loose

My Lover Is Too Stingy!

The Shocker From Aunty FLORENCE!