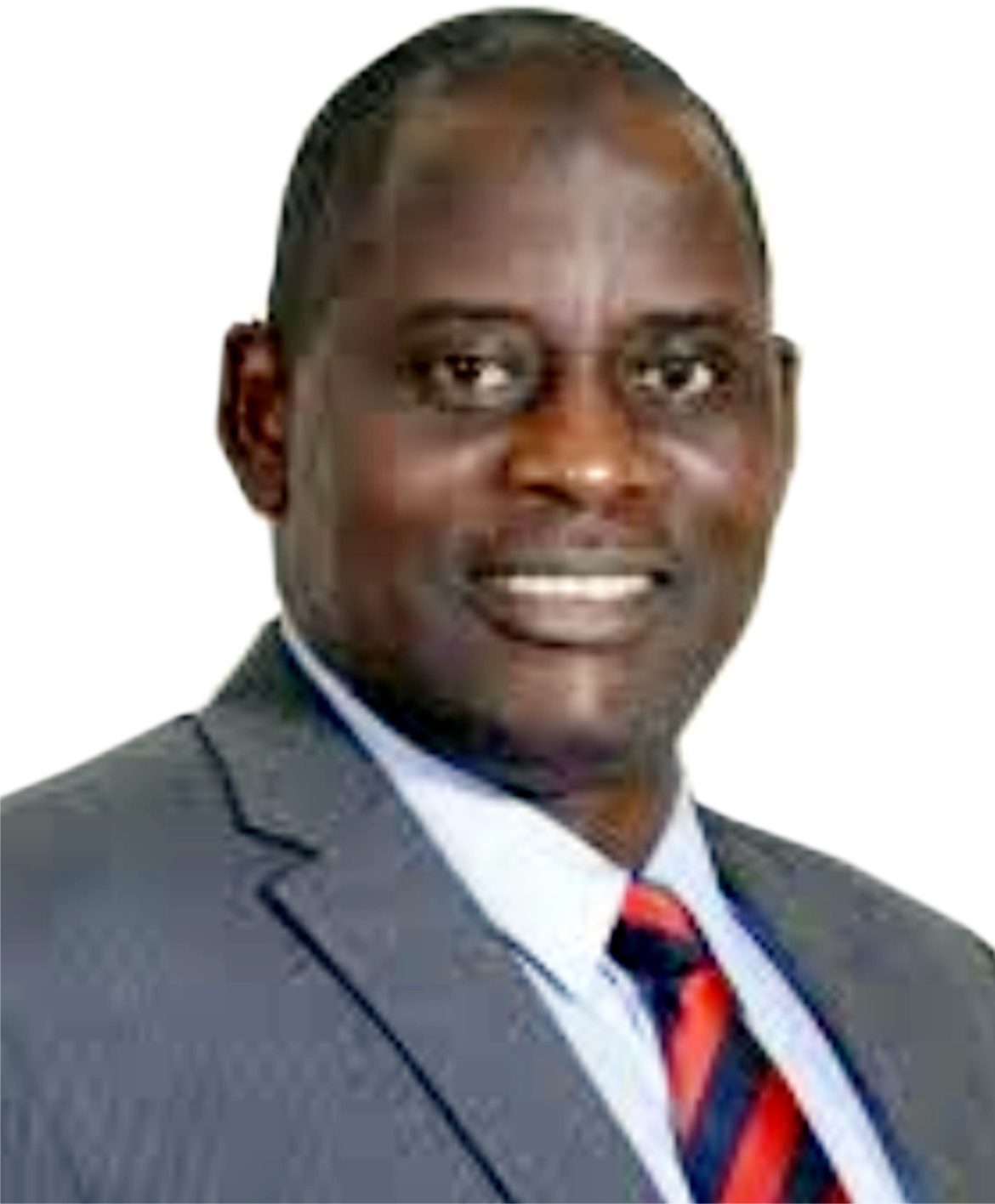 The last general elections were adjudged as one of the most keenly contested elections in the nation’s history. Results showed that most of the elective positions that were up for grabs were keenly contested for. And the Lagos House of Assembly elections were no different. Although the ruling party had a clean sweep at the Lagos House of Assembly polls, there were quite a handful of the candidates who just barely managed to clinch their seats with a few dozens of votes. But not Hon. Abdulsobur Olawale. He was given the second largest vote in Lagos after Alimosho, (almost 25,000 votes) beating his closest contender for the Mushin constituency 2 seat by an incredibly wide margin.

This did not come as a surprise to many who know how much Honourable Olawale has done for his Mushin people in terms of bringing to them the dividends of democracy. This explains why he is hugely loved by all and sundry. Mention the name, ‘Omititi’ anywhere in Mushin and his people will regale you with tales of how efficient the man has been as their Legislator and how helpful he has been to them as a person. City People’s Senior Editor, WALE LAWAL (08037209290)  met with this soft-spoken politician weeks ago and he shared with us how he has been able to earn the trust and confidence of his people. Enjoy the excerpts.

Let us begin with the 9th Assembly. Now that it has finally taken off, what should Lagosians expect because I must say the expectations are quite high? How will it be different from the 8th Assembly?

Well, I believe there’s no way we’ll talk about the 9th Assembly and not talk about the 8th Assembly. The 8th Assembly has come and gone and I believe we achieved a lot during the 86th Assembly. I can assure Lagosians that we will give them same robust legislative service that we gave them during the last Assembly and by the special grace of God they’re going to see a lot of purposeful, robust and qualitative legislative activities in the 9th Assembly. In the 8th Assembly, we can boldly say we introduced a lot of motions and bills that have really shot up the revenue of Lagos State. In the area of education, we tried to ensure some measure of advancement when you talk of the LASU vice chancellorship tenure as well as other educational laws that were put in place. So many other sectors were touched during the 8th Assembly. The good thing about this 9th Assembly is that it largely consists of people who were part of the 8th Assembly. We can proudly say that we have 29 out of the 40 members from last Assembly as part of the 9th Assembly. About 11 are new members and with a large number of the old legislators that we have, who have gone through the grill, we will definitely go places.

In my own sincere opinion, I would say we fared well. I will score our performance at 9 out of 10. If you look at it, in all ramifications, we really touched all the sectors in Lagos state.  In the area of security, for instance, the security bill was put in place in the 8tth Assembly. The Lagos neighbourhood watch was put in place and it gave employment to over 5,000 Lagosians. These are no mean achievements. What some people do not know is that it’s the Assembly, the Legislators, that are really propelling the executive to work. All the good things that they’re doing, we are the one behind them, drumming the sound beat for them and showing the direction. That’s why we’re moving forward in Lagos State.

The Lagos Assembly has continued to prove time and time again that it’s one of the most outstanding Assemblies in the country. You’re now a 2nd term legislator, what would you say is perhaps the strength of the Lagos state House of Assembly?

The strength lies in the leadership of the House. We should give it to the remarkable administration of Rt. Hon. Mudashiru Ajayi Obasa. They say where things are going smoothly, then we should look at the leader of the place. I can tell you for free that the headship and leadership of Mudashiru Obasa has really moved the Assembly forward. He’s a team player and the way he carries us along has really shown that he’s a good administrator. Besides the issue of leadership, you can also the kind of camaraderie that exists amongst members. We see ourselves as brothers and sisters and that family tie as members of the same party has also really helped us bond together. In the 8th Assembly, we had the Olori Ebi whom we fondly called Pepper, I’m talking about the Honourable now Senator Sikiru Adebayo Osinowo, who has really been a master builder, always seeking to keep the house united and strengthen ties within members, particularly amongst us the younger ones. You can see that the speaker too is up to the task, toeing the same line and keeping the House together. Now that we are in the 9th Assembly, we are going to continue from where we stopped at the last Assembly. Our motto is “Above the common standards of excellence,” and we’re living up to the billing.

Let’s come back to the House. Hon. Mudashiru Obasa was re-elected unopposed as Speaker of the Lagos state House of Assembly weeks ago. I know most people were not expecting a different outcome, but I still have to ask, how come nobody came out to give Mr Speaker a run for his money?

Like, I said, Mr Speaker is team player and he’s somebody that has been tested and trusted.  The trust and confidence that we have in him is the reason why we queued behind him. He’s the type of leader that always keeps his people in mind. He’s always particular about the welfare of his people. With that kind of leader who has been duly tested, do we need to start with another person all over again? More so, he is somebody who has that legislative experience more than any other person. As a 5th termer, can you discard his experience? That’s why we decided that since he has done well with the 8th Assembly, there should be a continuation. And this was done in unison, it wasn’t as though we had any dissenting voice.

Let’s come to you now, sir. You have had a fantastic first term, your 2nd term is just about taking off. Do you feel any pressure to deliver like you did the last term, considering that your constituency is one that puts its legislators on their toes 24/7?

I’m not surprised that my people voted for me en masse. I’m not surprised that they gave me the second largest vote in Lagos state after Alimosho. It really shows that they appreciate what I’ve been doing. They appreciate the efforts and unrelenting attitude I’ve always put in all my activities. They appreciate the educational developments that I have brought about in my own little way. It’s in my constituency that students enjoy free school uniforms. We give out free GCE forms, free JAMB forms and so many other educational programs that have moved our people from where they were to a better place. And I can also boldly tell you that it’s not only in the area of education that we have done a lot, in the health sector too we have tried our best. We provide malaria materials to kick away malaria out of Mushin. We also had programs on the make –up, to enable our ladies become self-reliant. Not only that, we also empower them with the materials with which they would start up on their own. All of these have gone a long way to make my people stand solidly behind me. The votes that I had was quite fantastic, close to 25,000 people voted for me. That’s not a mean achievement, it’s something that I will always appreciate the electorates in Mushin Constituency II for. I appreciate them and they know I will continue to work assiduously for their benefits.

Sir, this is not the first time I will be talking with you. Each time I speak with you I get the impression you’re somebody who would’ve been an exclusively reserved person and live a quiet life if you hadn’t gone into politics, yet you have shown you have all it takes to deal with the rigorous demands of politics. How do you do it? What drives you?

Thank you for the question. What I believe is that once you’re serving people, there’s no way you’ll hide from them. Though I am a reserved person by nature, politics has exposed me. And with the kind of name my people and Lagosians, in general, call me, this has made me become very popular. Everywhere I go, you’ll hear them calling me, ‘Omititi’. So, there’s no hiding place for me. I just believe that since I am here to serve them, and that entails that I have to mingle with them, dance with them, I will gladly do so. Its all a form of socializing with the people. Now, I go for naming ceremonies, turbanning ceremonies and what have you. This enables me to identify with them. My people are highly sociable people and if you want to identify with them you just have to be sociable too. And believe it or not, that’s one of the things that have made me a force to reckon with when it comes to politics and my people in Mushin.

What should your people expect from you this 2nd term? What are those things on your to-do-list that you’re hoping to do as soon as you hit the ground running this 2nd term?

Education is top on my priority. I will continue to do all I can to ensure that my people’s standard of education continues to improve and rank among the best. I want them to be primus inter pares, first among equals. I am really particular about educating my people. Just few weeks before the elections, I paid the bills of some private school students I was just driving along Palm Avenue when I saw some students outside the school. They were sent out of the class because they hadn’t paid their school fees. So, I went in with them and paid about N500,000 to sort out their school fees. Just last month, I bought a bus, a Toyota Mitsubishi to convey our young students to and fro school. We already have a bus at Mushin and another at Itire- Ijesha axis. So, these are some of the things I’ve brought into the 9th Assembly. And it will not stop there, we’re still going to continue with our educational advancement programmes. My primary duty is to make Laws and I assure them that we will have many bills in this tenure that will benefit them and elevate them one way or another. By the special grace of God, we will continue to assist them and it will be a continuation of what we have been doing. We will even do more than what we have been doing by the special grace of God.

READ ALSO: 3 IJEBU ROYAL FAMILIES BEGIN QUIET SEARCH FOR A WORTHY SUCCESSOR FOR THE NEXT AWUJALE