Why Muslims Should Give Out ZAKATUL-FITRI Before Eid 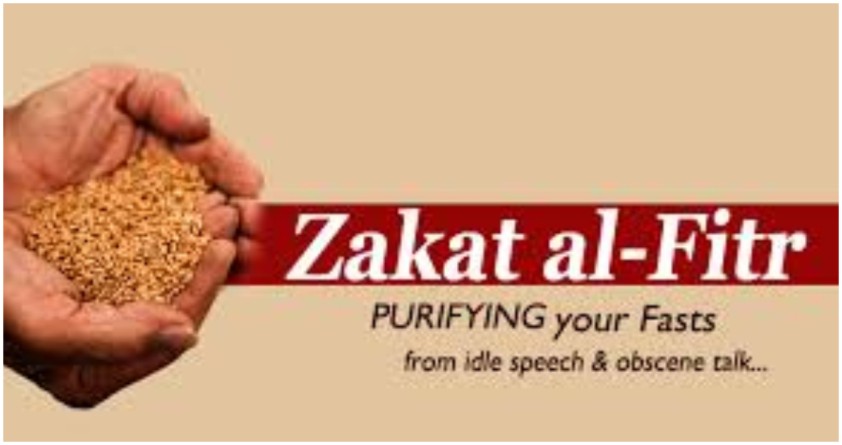 As the days of fasting and nights of prayer in the month of Ramadan (dawn to dusk fasting) come to a close, paying Zakatul-Fitri is a duty and obligation which Muslims must observe as a last minute task not to be forgotten.

Zakatul-Fitr is the name given to charity which is distributed at the end of the fast of Ramadan. It is a charitable donation prescribed by the Messenger of Allah (SAW) upon concluding the fast of the month of Ramadan. It is called Zakatul-Fitr because it becomes mandatory for all who can afford (for the self and for the nonearning family) when Ramadan comes to an end.

Zakatul-Fitr connects the personal and spiritual life of a Muslim with history, community and culture. As an obligation prescribed by God (Allah) it connects one’s faith with ones actions, and one’s life with the lives of others.

THE RULING ON ZAKAT AL-FITR

Zakah al-Fitr is compulsory on every Muslim whether male or female, minor or adult, as long as he/she has the means to do so or who owns one Sa’ of food more than he needs for himself and his family for the day and night of the Eid.

It is compulsory that the payer of Zakatul-Fitr pays it on behalf of himself, his wife, and everyone who is under his financial care. It is preferred to even pay it for the foetus in the womb of its mother.

“The Prophet (Peace be upon him) made Zakatul-Fitr compulsory on every servant, freeman, male, female, young and old among the Muslims; one Sa’i of dried dates or one Sa’i of barley.” [Collected by Bukhari and Muslim].

Islamic scholars say any type of food that is common in a particular region can be given for Fitr, (e.g. rice, corn, millet, wheat, flour, ground beef, or milk).

THE APPROPRIATE TIME FOR THE PAYMENT OF ZAKAT AL-FITR

The best time to pay Zakatul-Fitr is on the day of Eid after dawn and before the Eid prayers. It is permissible to pay it in advance a day or two before Eid like some companions of the prophet (Peace be upon him) did. However, delaying it until after the ‘Eid prayer is not permissible. As indicated in the hadith narrated by Ibn ‘Abbas: ”Whosoever disburses it before (‘Eid) prayer, then it is an accepted Zakah, and whosoever disburses it after the prayer, then it is just like any other alms (and not Zakah al-Fitr).” [Source: Abu Dawud]

Zakatul-Fitr is only compulsory for a particular period of time. If one misses the time period without a good reason, he has sinned and cannot make it up. This form of charity becomes obligatory from sunset on the last day of fasting and remains obligatory until the beginning of Salatul-Eid (i.e. shortly after sunrise on the following day).

Ibn Abbas reported that the Prophet (Peace be upon him) said:

“Whoever gives it before the Salah (Prayer) will have it accepted as Zakah, while he who gives it after the Salah (will not, for it will only be considered as) ordinary charity.”

Therefore, one who forgets to pay this Zakatul-Fitr on time should do so as soon as possible even though it will not be counted as Zakatul-Fitr.

One Sa’ (equivalent to four mudd; A madd is the amount that can be scooped up when an average sized man puts his hands together) is to be paid for every individual, and it has to be from man’s food such as grains; rice, corn, millet, beans, soya beans and the likes. However, some scholars are of the opinion that popular staple foods like ‘Garri’ and ‘semolina’ can also be given out as Zakatul Fitr.

Besides, the measurement to be given out can be valued in currency and given out as such. The purpose of this is to enable the beneficiary have a choice. If only grains are given, the beneficiary may not be able to afford the needed amount with which to turn them into edible food. It is calculated based on the current price of a staple food equivalent to a specific weight (of about 2.25kg).And, the real aim of Zakatul Fitr is to create a festive mood for everybody within the Muslim community. Zakatul Fitr is to be given out not by fasting Muslims alone but by every other Muslim even if he\she does not fast.

WHO ARE THOSE TO BE GIVEN ZAKAT AL-FITR?

Zakatul-Fitr is to be distributed as mentioned in Allah, the Most High’s Statement ”As-Sadaqah is only for the fuqaraa (the poor)…” (At-Taubah: 60)

WHY IS IT IMPORTANT TO GIVE ZAKATUL-FITR?

The significant role played by Zakah in the circulation of wealth within the Islamic society is also played by the Zakatul-Fitr. However, in the case of Zakatul-Fitr, each individual is required to calculate how much charity is due from himself and his dependents and go into the community in order to find those who deserve such charity. Zakatul-Fitr provides the poor with a means with which they can celebrate the festival of breaking the fast (Eidul-Fitr) along with the rest of the Muslims. This enhances the development of the bonds within the community. The rich are obliged to come in direct contact with the poor, and the poor are put in contact with the extremely poor. This contact between the various levels of society helps to build real bonds of brotherhood and love within the Islamic community and trains those who have, to be generous to those who do not have. This is part of the goal of Zakatul-Fitr is the economic well-being of the poorer members of society.

Also the main purpose of Zakatul-Fitr is to provide those who fasted with the means of making up for their errors during the month of fasting. Ibn Abbas reported that:

“The Prophet (Peace be upon him) made Zakatul-Fitr compulsory so that those who fasted may be purified of their idle deeds and shameful talk (committed during Ramadan) and so that the poor may be fed. Whoever gives it before Salah (Eid Prayer) will have it accepted as Zakah, while he who gives it after the Salah has given Sadaqat.” [Collected by Abu Dawud – rated Sahih by Shaykh Muhammad Nasiruddeen al-Albani]

Of course, no one’s fast is perfect. We all say things or do things that we should not do, or could do better. We may speak ill of another person during the course of the month, look at something we are not supposed to, or not mindfully connect our actions in the month with intention and meaning. Hence, the goal of Sadaqatul-Fitr is the spiritual development of the believers.

Giving Zakatul-Fitr to those in need on the day of Eid gives them a sense of belonging within the larger community by including them in the festive spirit of Eid. No one should have to spend this day hungry, nor feel deprived or left out due to material circumstance. The joy of completing Ramadan and celebrating on Eid is not only an individual accomplishment but also one shared and experienced with others.

In paying Zakat-ul Fitr and continuing to give beyond Ramadan, we strengthen a sense of unity with the marginalized while also alleviating their hunger and suffering. In their well-being is ours, and in giving we may actually find we receive more than we give. Whether it is the blessings we see in our life, the smiles of an orphaned child or a widowed, the prayers made for us by those who receive our alms, or the practical benefit we all receive when suffering in the world is eased and alleviated.

Why Muslims Should Give Out ZAKATUL-FITRI Before Eid was last modified: May 10th, 2021 by Jamiu Abubakar

GISTS FROM THE CLASSY PRIVATE BIRTHDAY OF QUEEN ASHABI