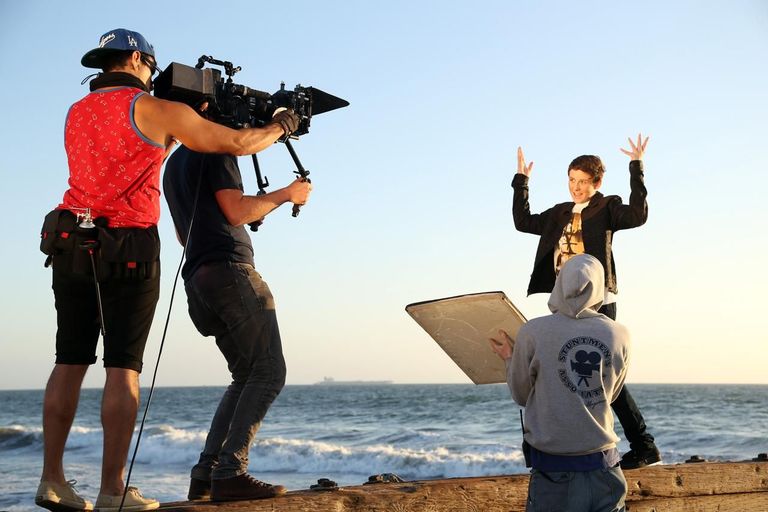 The Nigerian Music Industry has transformed over the years; evidence is the quality of videos that are now key components of such transformation.

In the 90s not too many people could lay claim to listening to Nigerian RnB or Hip Hop songs, not to talk of sitting down to watch a 3-minute video laced with bare bone productions.

It is a well-known fact that Music videos are now as important as the songs in reaching new markets and sustaining the tempo of air play. With the increase in smartphone usage and cheaper internet data, the ability to view videos online (Youtube) and download the latest videos from sites like Tooxclusive.com and Notjustok.com has never been easier.

Why Are Music Videos Important to Artistes? There are 2 major ways through which music videos help artists: Exposure and Revenue

Typically, music videos are produced and released in the early stage of a songs’ release cycle, intended to drive exposure through additional channels for fans to consume, whether they are shown on TV, or streamed in a public area.

When brands enter the picture and strategically place products in music videos, it can produce a new revenue stream for the artiste while also building exposure for the brand. (Nielsen.com)

What Does a Standard Music Video Production Budget Cover?

A standard Nigerian video can cost between N2 million and N10 million depending on the production budget of the artiste.

So What Changed the Nigeria Music Video Scene? With the breakthrough in Nigerian music crossing borders and foreigners beginning to appreciate our music better, the Nigerian artistes caught the buzz and improved the quality of videos. However, this wasn’t done without some notable names.

Enter Clarence Peters who took over the market around 2005/06. He changed the face of the Nigerian videos. What Clarence Peters had that others before him like DJ Tee didn’t have was a good Camera, in fact he was a very good Camera handler which was his unique selling point.

Most Nigerian videos made use of the Mac3 or Mac2 years back, but Peters was the first to use the D7 camera. With time other producers followed suit and consequently the quality of videos improved

Now here are some of the reasons Why Nigeria Videos Cost Much. Concept: Some Directors have their own in-house creative services department with a team of writers, directors and designers who help develop creative options for the artistes to choose from. This will definitely cost money.

For example, DJ Tee directed ‘Eniduro’ which shot Olamide to limelight. In the video Olamide wore 25 different outfits and in addition the video was in black and white.

Technology: Nigerian videos are now advanced and producers have moved from using Coma shoots/ Greenhouse effect where the video is shot in one house or location. With the aid of Cameras like D7 used by producers to shoot videos, this has driven up the cost of videos shootings. This is because some of these cameras are quite expensive and require efficient maintenance.

Logistics, Wardrobe, and Props: These items determine the look of the video, and their importance cannot be overstated in terms of the final product.

Good locations can be expensive, and sometimes even requires existing relationships. Even free locations end up costing money. It is easily noticeable that lots of Nigerian artists travel to places like South Africa, Dubai, America to shoot videos and the locations used in these places require lots of money.

Ash Hamman a UAE-based Nigerian-born artist is reported to have shot the most expensive video in the Emirates. The video gulped a whooping DH850, 000. The money was spent to rent flashy cars, luxurious yachts and beautiful girls.

For his video, he ended up using 13 exotic cars, 3 yachts and 40 female models.

The Cast and Crew: A great music video requires lots of talented people. A shoot generally involves at least 7-10 production professionals. These people work on day rates and sometimes bring their creativity and scripts on how they want the video to look like.

For example, when Clarence peters shot the video for ‘Ghostmode’ Olamide ft Phyno. An eye-witness who was at the making of the video confirmed that about 10 tankers of water and flowers were used during the shoot.

Availability of resources: Much more money is flowing in the music industry with artists selling millions of albums, million-dollar sponsorship deals from the top companies in the land. Lots of these money is spent on music videos to keep pleasing the fans and maintaining the make-believe lifestyle these artists live.

Olu Maintains’ ‘Enuf Effizi’ has been claimed to be the most expensive music video. Olu Maintain has been a big player in the game for a long time and has the resources to spend so much. In the video he used a Private Jet, Ferrari, Lamborghini, and expensive PROFESSIONAL models.

P square has one of the highest selling albums in the country and also generate the highest revenue from shows for any African artist or group. They have featured American Rapper Rick Ross in their video shot in the US on a yacht. We all know how much it is to feature a foreign “A” list artist, then to also get him to appear on the video also. This would cost as much as $30,000 in cash.

Experience and Connection of Producer/Director: Only a handful of people know that Clarence Peters worked on the set of TV Programme Everyday People as Assistant Director, then he went to South Africa, came back and had a deal with TV Station Soundcity. The deal was that for every of the video he directs, he has a playing slot on the station. This also helps drive his price because Nigerian Artists know that once he directs their videos the chances of their videos being aired is higher.

Sesan, another famous Producer who shoots all of Mavin records videos has his style. He doesn’t shoot low budget videos and wouldn’t want to work with the Artists budget, even if the artist has over 1 million Naira.

Conclusively, a major factor attributed to the expensive nature of producing videos here in Nigeria or anywhere is the excuse artistes give concerning the exchange rate between the Naira and the dollar. They argue that if the Federal Government gives the same or better treatment as the one given to pilgrims as it affects the exchange rate, their bills will be minimal in producing music videos.

Nigeria Has Only Two Tribes – Singer,...

Jonathan made mistakes, but Buhari is a...