Why The Yoruba Are Angry With The NORTH – Afenifere National Caucus Member, Mogaji GBOYEGA ADEJUMO 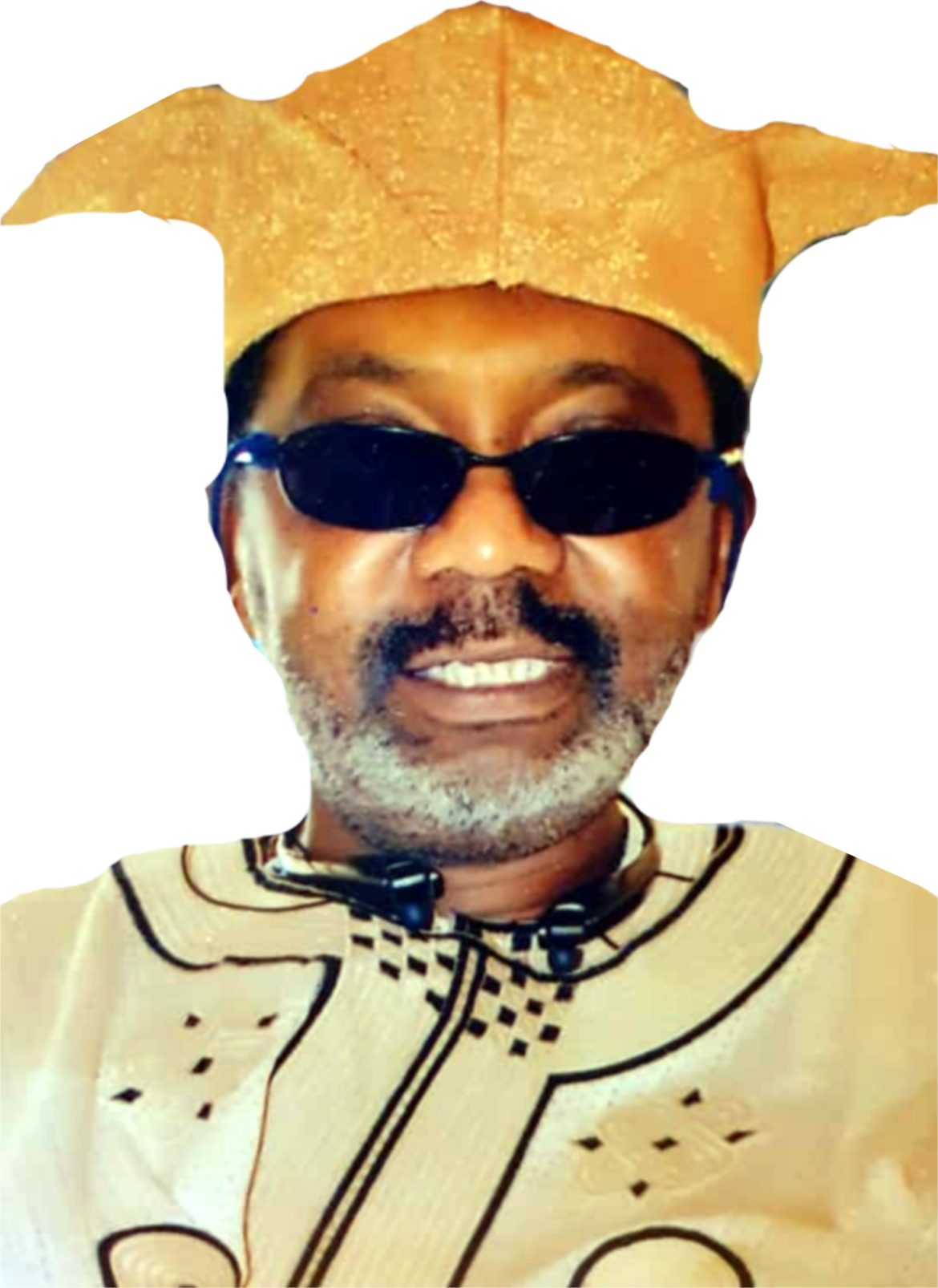 Mogaji Gboyega Adejumo is one of the new Yoruba leaders making waves right now. He is a valued member of Afenifere, the pan-Yoruba socio-political group. Lately, he has been speaking about why the Yoruba and other ethnic groups be left alone to develop at their own pace in a truly federal arrangement. He is an advocate of Restructuring and return to true federalism that existed in Nigeria before President Aguyi Ironsi introduced the Unitary System of Government in 1966.

Last week, this Ibadan born politician told City People Magazine Publisher, SEYE KEHINDE why President Buhari and the North cannot run away from restructuring. Below are excerpts of the interview.

You are one of the leaders of thoughts in Yorubaland. You are very influential. And you always come out hard against those not in support of the Yoruba Agenda. Who is Mogaji Gboyega Adejumo?

Thanks for the compliments. By way of introduction, my name is Gboyega Adejumo, I am an Ibadan man and I can trace my history way back to 17th centurry old Oyo and to the final birthing of y ancestors in Ibadan, in the year 1828 when Kokomi, the last Scion of Ibashorun, grandson of Ibashorun Yoruba came in with Iba Oluyole and they settled in Ibadan. So, I am an Ibadan man.

I am a man of history. Again, I am a Mogaji in Ibadan. I am Olu Omo elsewhere. A title given to me in one of the compounds of Ile-Ife. I am the Gbonka Aare Ona Kakanfo of Yorubaland. So, I am well established in the tradition of the Yorubas, as well as in the contemporary Yoruba situation in which we are all inbvolved. My involvement too is based on my own philosophy, which aligns with the ideology of Papa Awolowo. So, I am a member of the Afenifere and I belong to the national caucus of the Afenifere. Everybody should know that the Afenifere is not an all comers amorphous group. It is a group of people who are dedicated to the principles upon which Chief Awolowo founded his own political trajectory, which has now been incorporated into the mainstream Yoruba ideology and political movement, which I belong to and proudly so.

From all these activities too, I was unanimously made the Publicity Secretary of the Yoruba Summit Group, which is the umbrella body for all Yoruba groups. It includes Afenifere, OPC, Yoruba Unity Forum, Yoruba Elders Council, Yoruba Patriots Movement, All The Movements & Important Groups. All of that will impact upon what I write, upon what I say and upon what I will have to encapsulate, making it to be the voice of the people, who have put me forward to represent the interest of the Yoruba.

I can see that you are a bit worried about the situations are in now. Lately, I have noticed your concern for the Yoruba Agenda, for restructuring and challenges facing the Yoruba nation. I want you to tell us a bit about why you are worried about what is going on now.

To be worried is perhaps to put it in the mildest form. To be concerned is to even degrade it. To be particularly, at this time, very, very, very, unhappy, very despondent, almost going into some kind of subjugating the mind to fortune, about the future, is what I am going through because when ill wind is blowing from a grave, people should know it is the carcass that is there, sending out the putrid message of decay, of the carnage that is to come. The wind that is blowing is telling us a story of a requiem for our dead bodies and our souls if we do not take particular cognizance of what is happening.

What do you mean by that?

I will explain myself. We never invite wars in Yorubaland. They bring it to us. But when they do, at times we are slow. But when we finally gather ourselves together and make our resolve strong, then we would always have an answer. We were tested. When the Fulani started the invasion, when they came into our space, in about 1810 and all that they did culminate in the sacking of ola Oyo in 1835 we know. But in 1840 decisively we won the victory over them.

There were skirmishes in 1840 until they were finally vanquished in 1897. I am saying all of these because people should learn from history. History is important but they don’t teach it any more in schools which is so bad.

We the Yoruba have always had the singular honour of intellection when it comes to projecting for us and for others because democracy is part of us.

I wonder why people will talk about the 350 years of the British empire but nobody talks about the 650 years of the Oyo Empire, which lasted twice as many as the member years of the British Empire, but they don’t give credence to it. In the whole of the Western African plain, the old Oyo Empire was the biggest, from River Niger to River Volta in Ghana. It was the most organised too. It was democratic we had the Alaafin who was the Chief Executive, we had the Legislature in the Oyomesi. These are those who were making the laws. And there were Checks & Balances between the Alaafin and the Oyomesi. And we had the Ogboni who were the Judiciary, who made sure laws were kept and punishments were given out and they checked the Alaafin too. If an Alaafin didn’t do well, the Oyomesi will report to the Ogboni and the Ogboni will tell him to go and commit suicide.

That was the system that sustained we Yorubas. We have always had our own, protecting our own when they unsettle our own but we don’t do aggression. As Yorubas, we do not want anybody to come and loud it over us and neither do we want to lord it over anybody. We want an egalitarian society. We want Equity. And we want Liberty. We do not joke with those 5 things. And we were given all of that. The western region had its own constitution. We had our Consulate House in London, which was called Western House.

That Western House in London today is now the Nigerian House. Western State Government was doing so well, it lent the Federal Government 16 million pounds, they only were able to pay back 8 million. 65% of what we were earning in the Western region, stayed with us, we were only remitting 35%. Ala Ni Yi O Fi Oko Ole Han. It is boundary upon which I have my land, upon which your own land stands would determine which land, which farmer has been able to utilise its own better than anyone else.

What we are saying is very simple. Let us go back to where we were at, let each person develop along its own path, do not begin to over centralise and kill our initiative. Do not make it look like this country belongs to you alone. If that is too much to ask for then, of course, ti o ba wa je pe Amotekun ni o ma wa onje fun malu, o ni kaluku yi o se ode ti e lo to nio. We would not have a situation where Monkey de work, Baboon de chop.

What we are saying is very simple. All of that broke down when they invaded our space in 1964, with all that they did with the political arrangement, disenfranchising our people, and everything that happened. The Yoruba will always never allow anyone to make them 2nd class citizens in their own land. We rejected it and we would continue to reject it. We would continue to have the kind of judgement in 1969 in which it was clearly stated that nobody has any right, be it canonical, be it sharia, be it state laws, be it customary laws, or even common law, that somebody will bring his own cows to come and feed on another person’s farm that he spends all his energy and resources planting seeds so that he can have his harvest. We are not going to allow it. And this President is the one that is causing it. He will always warn people against reprisals against the Fulani, but he has never for once told the Fulani, do not go and graze your cows on people’s land. How can somebody who is practicing My People against Your People expect Peace? There will be so much of what is happening today that will be written in history, that will justify the position of the Yorubas that enough is enough.

Why The Yoruba Are Angry With The NORTH – Afenifere National Caucus Member, Mogaji GBOYEGA ADEJUMO was last modified: February 3rd, 2020 by Seye Kehinde

I Never Knew I Would Live Up To 80 Yrs – Popular LAGOS Socialite, Otunba JIDE OSINUBI