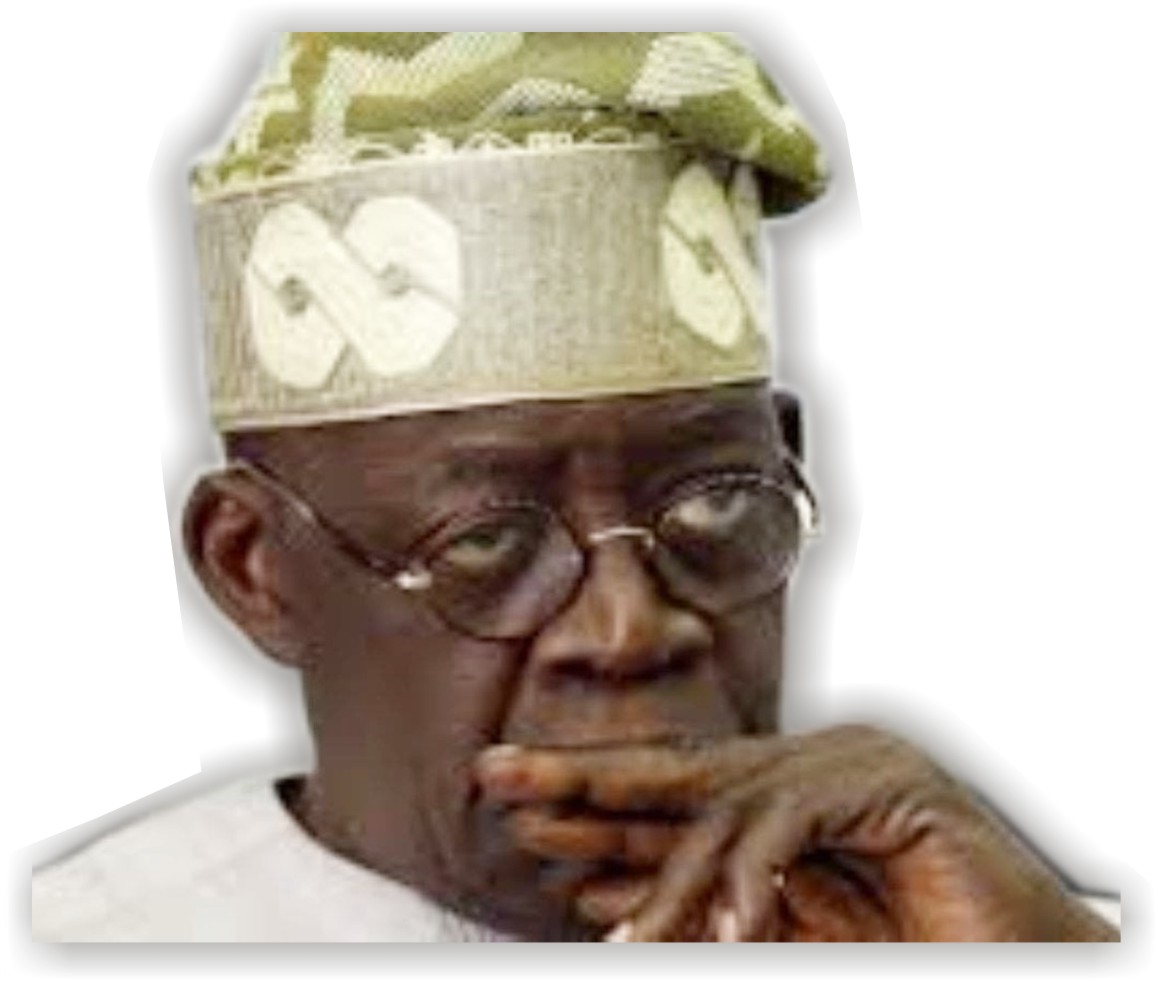 •The Inside Story Revealed

When Asiwaju Bola Tinubu, as Lagos State Governor picked on Vice President Yemi Osinbajo to be his Attorney-General and Commissioner for Justice in 1999, it was because of his respect for Osinbajo’s intellect and accomplishments in the Legal profession.

Osinbajo had just set up his law firm and he was also a Law lecturer at the University of Lagos. He had an impressive profile as at that time, having held a lot of legal-related appointments. As far as Tinubu was concerned, Osinbajo fitted into the overall picture of those he wanted to have onboard his Executive Council (Exco). Immediately Tinubu won the elections, he began to assemble a formidable team of intellectuals and technocrats drawn from all works of life. In all the sectors, he wanted the very best. So, he reached out to accomplished Medical Doctors, Engineers, Accountants, Bankers, Lawyers and seasoned administrators.

How did the path of Professor Yemi Osinbajo & Tinubu cross? We can tell you. Prof. Osinbajo once revealed it. When Tinubu turned 60, Osinbajo in his tribute revealed that “My first ever personal meeting with Asiwaju Bola Tinubu was on the 5th of March 1999. I had served as Secretary of the Policy Committee on Justice which he (Tinubu) had set up immediately after his election as Governor to establish a blueprint for Justice Sector Reform in Lagos State.”

“That afternoon, on the 5th Floor of the Kresta Laurel building which had then become the transition office, he (Tinubu) wanted to know what my thoughts were on issues of title to land, between the Federal Government and the State Government, whether it was legal for the Federal Government to collect Value Added Tax (VAT) and whether we could operate without a State Police Force”. Those were the kind of far-reaching ideas that Tinubu came up with as far back as March 1999. According to Osinbajo, “it was evident that he had given much thought to the many tensions around Nigeria’s peculiar Federal Constitution”. “He then said to me, “we will be challenging many issues in court’. I wondered in what context I would be involved in those ‘Challenges’, but I didn’t have to wait for another minute-he asked me to consider taking the position of the Attorney-General in his cabinet. To my objection that I was neither a Lagosian nor a party man, he replied that his only question was whether I would take on the challenge of cleaning up the mess the military had left behind.”

“I came back to him with an answer in a week, and I with him and several others there that day began legal actions which occupied the administration and the Supreme Court from 1999 to 2007.”

Osinbajo & Tinubu were to become very close. Both had become not only close associates, they had become close friends and brothers. And at that time, Osinbajo was regarded as one of the members of Tinubu’s inner caucus. In the early years of their relationship, Osinbajo and other associates knew what Tinubu’s game-plan was: to create a new set of political players with a new set of ideas to change society who will start from Lagos, then spread to the other South-West States and then Nigeria.

According to an insider, Tinubu never hid his ambition to run for President away from his associates, especially Osinbajo who he is fond of. Tinubu has always believed that for Nigeria to be great, there are a lot of things to be changed, to move us forward and the place to start is to change our existing laws.

And Tinubu has never hidden the agenda of their group, which is to first capture power in Lagos, then spread to the South West States, then other states and ultimately the Federal level. And Tinubu has always told Osinbajo that he would have to play a pivotal role in that project.

Tunji Bello, a serving Lagos Commissioner for Environment and Key associate of Tinubu has given more insight into how Osinbajo was made VP to Buhari. According to Tunji Bello, “The news media have become agog with false stories as to how Vice President, Yemi Osinbajo came to be. According to Tunji Bello, during the launch of the book: “Muhammadu Buhari: The challenges of leadership in Nigeria”, a biography of President Mohammadu Buhari in Abuja on Monday, 3rd October 2016, Nigerians were fed with half-truths, by the author, Prof John Paden, on how Osinbajo became the Vice President of the country. “I don’t know how the author came about his story, but he totally got it wrong because what he wrote basically is based on the falsehood that reeks of deliberate misinformation and mischief.”

“I know how Asiwaju Bola Ahmed Tinubu picked Vice President Yemi Osinbajo because I was part of the process that midwifed his nomination. In mid-December 2014, it was a Saturday morning after President Mohammadu Buhari had been picked by the All Progressives Congress (APC), at the party’s presidential primaries at Teslim Balogun Stadium in Surulere, Lagos. I received a phone call from Asiwaju to see him that morning. On my way to his house, I discovered that a car at a reasonable distance was that of former Lagos State Commissioner for Information and Strategy, Dele Alake, who was, ostensibly, heading towards Asiwaju’s house in Ikoyi. Asiwaju must have called him too for that task that could be explained underneath.”

“As soon as we arrived, Asiwaju quickly asked us to join him in his car as we headed to a Guest House. At the Guest House, the former All Progressives Congress (APC) Chairman, Chief Bisi Akande, Prof Yemi Osibajo and one renowned pastor joined us.”

“At the meeting, Asiwaju related to us the urgent need to pick a vice-presidential candidate for the APC. He advised that we immediately discard the idea of his being nominated for the vice-presidential slot as it was no longer possible to pick a Muslim-Muslim ticket. This he reasoned made sense if indeed we were to be realistic in our bid to defeat President Goodluck Jonathan in the 2015 election. He reasoned that what was important and imperative at that time was to look for a good Christian nominee to complement President Muhammadu Buhari.

“I remember Baba Akande responded to his aversions that he would still have preferred that Asiwaju should be the running mate since it had been done before. Baba Akande was obviously referring to the MKO Abiola/ Babagana Kingibe nomination. Asiwaju responded by distinguishing the political equation then from what was before us at that point in time. He foreclosed that scenario as no longer possible. We all voiced our opinions, and at the end of the day, it was resolved that we had to get a Christian candidate.”

“It was at this point that Asiwaju reminded us to be fast in coming up with an option because he felt other geographical zones are also jostling for the same position reiterating the need for the Southwest to get it as a must. Asiwaju audaciously told us for that was left for him, and if he were to pick anyone, he would suggest Prof Yemi Osinbajo. That Osinbajo, apart from being a brilliant legal luminary, is also a committed progressive and democrat. And having been married to the late Obafemi Awolowo’s granddaughter, it would not be a problem selling him to the old political establishment of Southwest for acceptance. He asserted that Alake and I, having served in his cabinet could attest to the great works he did as attorney-general during his, Asiwaju’s administration as Governor of Lagos State. He also reasoned that the second major factor in favour of Osinbajo was the fact that he is a strong Christian and that he is already a pastor at the Redeemed Christian Church of God (RCCG).”

“In the long run, Osinbajo’s nomination was well-received by all of us at that meeting and Prof Osinbajo was asked to start detailing with us, further strategy sessions to which he brought out his laptop and we all commenced a brainstorming session. The rest of the discussion was to strategise on how to contain other likely opponents from the Southwest zone before proceeding to Abuja to battle other regional zones in the coming nomination.

The meeting did not finish until about 9.00pm when we returned to Asiwaju’s residence in Bourdillon. By the time we returned to his house, there were about six serving governors already waiting to see him from different parts of Nigeria.”

“What is particularly sad now is that the book launch of the president was deployed to create a make-believe story that puts the society at a disadvantage of history. One would have thought that now that the progressives, through an uncommon alliance in 2015, created an upset by defeating, for the first time in the country’s history, the then ruling People’s Democratic Party (PDP), it might be taken as given that the role of all active participants in the exercise would be correctly recorded. But surprisingly and painfully too, such an avenue was used to create a historical distortion of facts.”

“If a political adversary had done that, one would not have been disturbed. This is because at the end of the day under such circumstances, the goal is usually to create a make-believe story that puts the society on the wrong side of history. But now that the progressives, through an uncommon alliance in 2015, created an upset by defeating, for the first time in the country’s history, the then ruling (PDP), it might be taken as given that the role of all active participants in the exercise would be correctly recorded. But surprisingly painful is the fact that a historical distortion of facts is coming from unexpected quarters at this early stage of progressive politics.”

“It becomes more of a matter of concern when a renowned intellectual writes a book and begins to redefine events in his own way by abashedly evading facts that are bellowing in the public space in order to re-create a world of make-believe for his audience. Sincerely, such an act understandably becomes a matter to ponder seriously. Let us stop here. It is not all clothes that can be dried in the sun. This article, first published October 7, 2016, is reproduced because of the issue at the moment.”

READ ALSO: WHY WE BUILT THE LION OYE WILLIAMS GARDEN IN IKOYI

Why We Built The Lion OYE WILLIAMS Garden In IKOYI