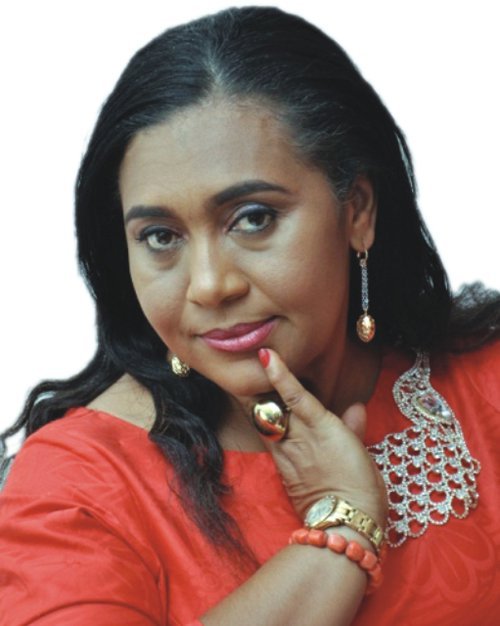 Top Nigerian actress, Hilda Dokubo, has kicked against the appointment of Elisha Abbo, Senator representing Adamawa north, as one of the patrons of Actors Guild of Nigeria (AGN).

In a video shared on her social media page on Monday, the veteran movie star condemned the AGN’s decision to name the senator as its patron.

Journalists had reported how the legislator attracted negative attention after he was captured in a video beating a female attendant at a sex shop in Abuja in May 2019.

After the heated controversies that ensued, the lawmaker had apologised and would later plead not guilty in court after being charged with assault.

Citing the incidence as an instance, Dokubo said his appointment as a patron would not only smear the image of others on the list but the AGN as a whole.

“When you appoint a patron, it because the patron has something you want to gain and leverage on. It could be financial or moral gain,” she said in the video.

“This last week, the actors guild of Nigeria had an investiture for patrons and the unveiling of her dream secretariat. Then I saw his picture among those appointed as patrons.

“Then I began to ask myself how come? How did we get here? How did he get on that line, considering his reputation? Okay, is it money that we want? Who was he before he became a senator? We want him to give us money that he can’t explain how he got? How did get into the line patrons that have people like me.”

Describing the lawmaker as an “abuser of women”, the actress said Abbo lacks the character and requisite reputation to serve as the patron of an organisation such as the AGN.

“An abuser of women as Patron of Actors Guild of Nigeria is an unpardonable abuse of the rights of all the females in the creative space especially #actors,” she wrote on Instagram.

“We must stop every attempt at rubbishing our values as a people with such appointments in whatever guise. Consequently, Senator Abbo #sextoysenator must be delisted from our list of Patrons now.”

Recall that the lawmaker had snagged “Beacon of Hope” award in December last year.

UEFA Holds Meeting On How To End UCL, Europa League Amid Coronavirus Outbreak