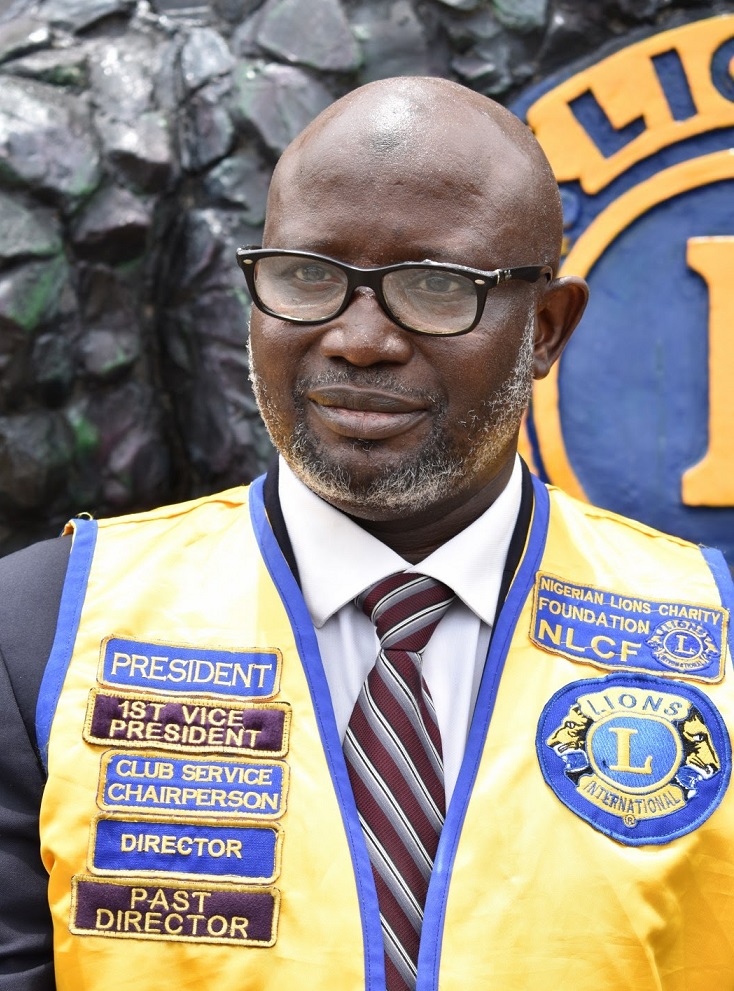 Lion Abdulkarim Yusuf is the 34th President of Lagos Ikoyi Lions Club. Below, he talks about the activities of the club, especially the commissioning of the Lion Oye Williams Garden, a few days ago in Lagos.

Congratulations on the giant strides that Lagos Ikoyi Lions Club has achieved in recent times. Tell us a bit about them.

Thank you, right from the outset, I defined what my objectives and goals should be as President of the Club, I made sure that my set goals are SMART (Specific Measurable Achievable Relevant and Time-bound), I then held a pre-inaugural Board Meeting with my Board members where I explained in unambiguously ways my thought out plans. After hours of deliberations of crossing the t’s and dotting the i’s, I became very confident about achieving the set goals. The Club as at today has won over ten (10) awards from the Best Club in Publicity, ICT/Social Media to being the overall Best Club in District 404A1. Thanks to the wonderful individuals serving on the Board and to the Club members for their support.

Tell us about your core project, the Lion Oye Williams Garden.

The Lion Oye Williams Garden was conceived in the 2017/2018 Lions year under the able leadership of Lion TPL Soledotun Abdulkarim-Yusuf, the current Zone Chairperson in District 404A1 and the Club Marketing and Communication Chairperson. During her tenure, I served as the Club Service Chairperson, we thought of what should be her Legacy Project and the thought of immortalizing the Club Charter President with a project in line with the five focus area of the Lions Club international, we then worked in partnership with Lagos State Parks and Gardens to adopt the Garden formerly known as Creame Ross Garden on Awolowo Road Ikoyi Lagos. What we did this Lions year 2021/2022 is to renovate the Garden and added more facilities to the Garden making it more attractive for relaxation for would-be users, we also introduced some information plaques to educate the users about what Lionism is all about.

Why is it so important to the Club

Well, it is so important because Lion Oye Williams, the wife of the Doyen of Accountancy in Nigeria, Messrs Akintola Williams was the Charter President of Lagos Ikoyi Lions Club, she is a humanitarian service-minded individual, she worked tirelessly to better the lives of less privileged, she was a lover of good music hence her contribution towards the building of the Muson center, she appreciates plants hence her immense likeness for Garden not forgetting the fact that she helped build leaders both within the Lions Club l and outside it. We find it very important to immortalize her with the Garden because she loves Gardening and for the younger generation to learn about her tireless service to humanity.

Tell us about all the other major projects of the Club

Let me start by informing you that Lions Clubs International has five key areas of focus namely: Feeding the Hungry, Childhood Cancer, Diabetes, Vision and Environment. Clubs are expected to carry out Service activities every month in any of the focus areas highlighted above, in addition to the above, we discover that sometimes, communities do not need an activity in any of the focus areas after carrying out communities assessment needs, in this instance the Club shall conduct its Service activity on the assessment needs, some of the legacy projects by the Club include but not limited to the following

1 A workshop inside the Ikoyi prison built-in 1991/1992 Lions year under the leadership of Lion Janet Odeinde to provide inmates with the opportunity to a fresh start.

How have you found running the affairs of the Club as President?

Running the affairs of this great Club, a Club with over eighty members including the former Minister of Aviation, Lion PCC AVM (Rtd) Anthony Okpere, Lion Dame Rebecca Aikhomu, Lion Dame Olajumoke Simplice the immediate Past President of CITN, Lion Ezemdilin Giwa Amu, the first female District Governor in Nigeria among many others is not an easy task but the Lord has been Merciful indeed! You have to be on top of every issue. You must articulate your plans and show capacity by remaining mentally focused and showing leadership ensuring members understand the mission and vision one is taking the Club during my tenure as President.