Why We Didn’t Call Off #ENDSARS Protest On Time – Popular Comedian, Mr. MACARONI 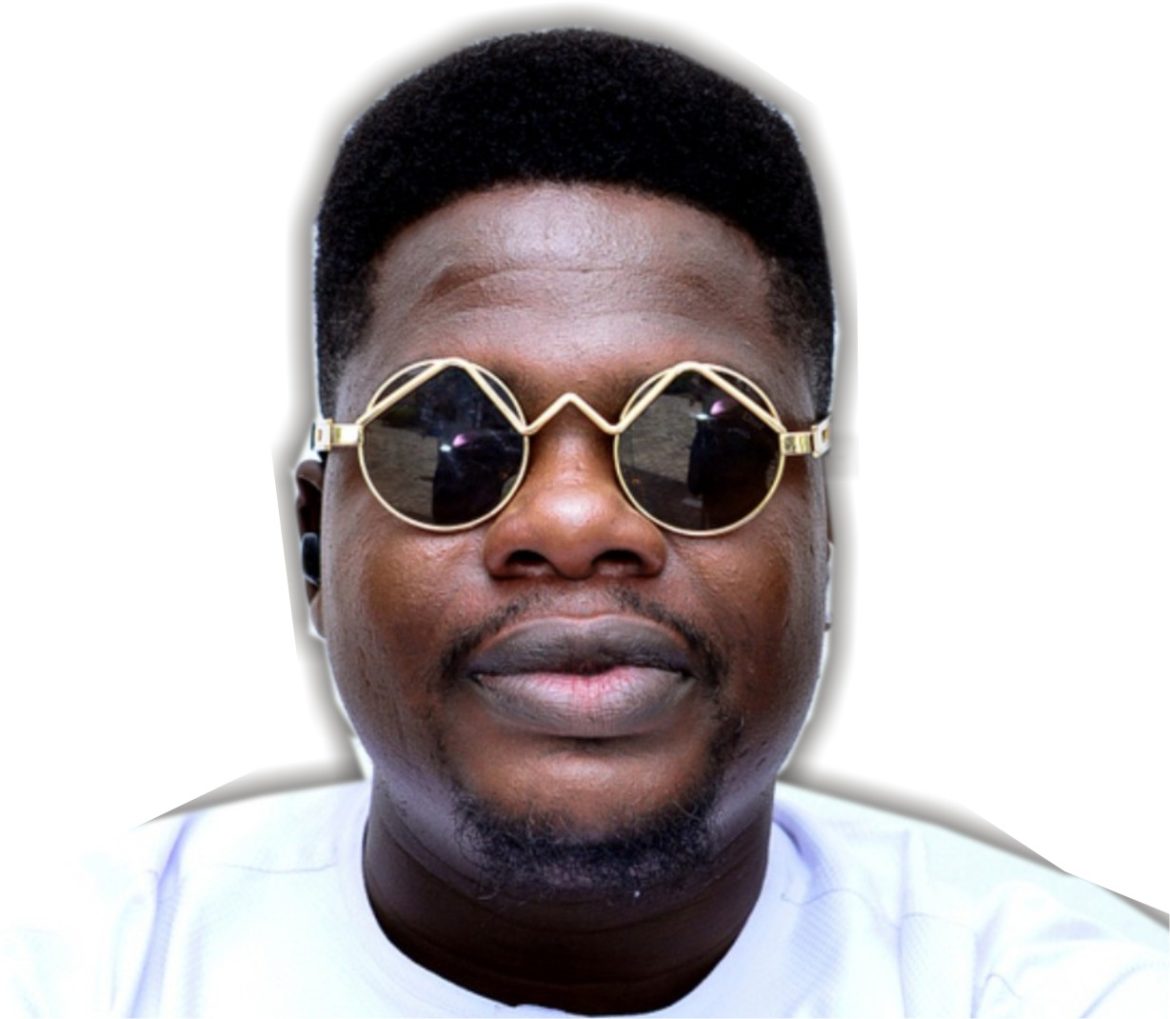 Its been several weeks now since the entire nation came to a grinding halt after millions of Nigerian youths took to the streets all over the country to protest against Police brutality as perpetrated by officers of the defunct SARS unit of the Nigeria Police Force. The protest was considered a phenomenal success until hoodlums infiltrated the protest, hijacked it and under the guise of protest unleashed mayhem, burning, looting and taking the lives of innocent police officers. And as affected families are trying to pick up the pieces of what’s left of their lives, and in some cases their business, there are still so many questions begging for answers as regards the conduct of the protest.

City People sought to reach out to one of the celebrities who literally threw himself into the protest, risking not just his career but his life as well to fight for a course he believed in. His name is Debo Adebayo but his stage name is Mr. Macaroni. He is presently one of the hottest properties in the comedy history. Within just a year, this incredibly talented young actor has proven that he’s not just an Instagram sensation, he’s also got a lot more going for him outside of making successful comedy skits on Instagram, and that is his passion for activism and fighting against all forms of social injustice. Not many were shocked to see Mr. Macaroni, alongside other top celebrities such as Falz, Runtown, Rude Boy, Mr. P, Davido, Flavor and many others taking to the streets to walk with the youths, many of whom are their fans, standing up to the authorities and demanding an end to SARS and bad governance in Nigeria.

Mr. Macaroni’s tenacity and consistency stunned many. He was passionate about the movement and was desperate for change in the country. He it was who led other protesters at Alausa to pass the night in front of the Lagos House of Assembly demanding to be heard by government and insisting their demands were met accordingly. He was a very vocal voice on social media and the youths listened to him and applauded his every action. He articulated the agitations of the group appropriately and spoke like a seasoned activist. At that moment, his celebrity status no longer mattered to him. His life no longer mattered to him. And of course, he was well aware of the great risk his career stood to face if things went awry for him and his co protesters. All that mattered to him was to see the protest reach a conclusive end.

Last week, the hugely popular comedian spoke to City People’s Senior Editor, WALE LAWAL (08037209290) and proffered answers to many of the questions people have been dying to ask those who were at the forefront of the #EndSars protest. Enjoy the excerpts.

I’m sure you know a lot of people were surprised to see how active you participated in the recent EndSars protests. I guess the fact that you’re a comedian gave people the impression that you couldn’t be that much of a serious person. What really fired you up to get that involved considering you’re also one of the busiest comedians at the moment?

Well, yeah, that’s true. As a matter of fact, that period I gave specific instructions to my management team that anything business, anything like advert, promotion, anything that has to do with work, put them hold for now. I wanted everyone to come together, join hands and speak against the evil in our society because if you’re in a society you simply cannot turn deaf ears to the sufferings of the people, whether you’re directly affected or not. Truth is, at the end of the day, later on you will be affected, so why not just join hands and fight the common enemy. For someone like me, whether I’m affected or not, I’m just someone that does not like evil to thrive. I strongly believe in love, I believe in truth and I believe in justice. So, I believe that we should build a society where citizens are not afraid to live in their country. We should be living in a society we can be proud to call home. That has always been my drive. In fact, when the whole thing first started, the first point was at Lekki. In fact, I was actually at Lekki then when I saw some tweets from few protesters in Ikeja. I think they were booing them then because they didn’t have the numbers Lekki had. I’m talking about the day the whole thing started. So, I was like okay, is this how it’s going to be, so I just went to Alausa immediately and from that moment on, the whole thing started.

For someone who came into the protest with the kind of profound agitation that you had, how did you feel at the end of the day seeing how things turned out with the burning, the looting, the carnage that took over the protest? What went through your mind seeing all of these unfold before your very eyes?

Well, I have to say that I’m not happy with the burning of buildings and destruction of properties, I definitely couldn’t be happy seeing stuffs like that happen. One of the aims of the protest was to stop activities like that from happening. If one of the reasons for the protest was to safe guard our lives and properties, then destroying those properties is a disservice to the struggle that we started. But then, again, I don’t agree with the government and their agents when they were saying, yes, it’s because of the protest that these things happened, but if you noticed, from the first week to the second week of the protest, it was very peaceful until much later when hoodlums started coming in and were attacking protesters. And every time this happened, we were the ones tweeting at government, putting pictures and videos online, saying see these people o. And we had evidence. There were some hoodlums that came to Alusa, we chased them away, we caught some of them and handed them over to the Police. But while all of these were happening, the government did not step into the situation. There was no intervention from the government. The government did not say anything and hey made no arrests. I cannot understand why we were exercising our fundamental human rights, and while we were doing that, we could not be protected. We are protesting, you have refused to protect us, and then some people were attacking protesters and yet you do nothing. So, I think the game that was played was, okay, let’s see, whether by the time they attack them they will still remain there. At the end of the day, the monsters that you created came back to haunt you. Definitely, I’m not the kind of person that will say let us burn this place up, but you have given some people that power already when they were attacking peaceful protesters and you were silent about it. So, when everything became the way it is, people saw that as an opportunity and they went about burning, stealing, looting and doing all manner of despicable things. It’s the monsters that you created that came back to haunt you.

One of the biggest concerns the protest raised, which many see as a minus, is that the protesters didn’t know when to retreat. Many felt that after two weeks, the protest should’ve been called off and an ultimatum should’ve been given to the government during which some of the demands would’ve been met but that didn’t happen and we all know what happened afterwards. Would it have been difficult for you guys to call off the protest?

Yeah, but you see, you cannot tell protesters to stop protesting, the people will stop protesting when they see that their cries and agitations have been heard. Everyone is asking this question, why didn’t you guys stop the protest for a week and give government time? A week into the protest, some policemen in some states had already killed protesters whether intentionally or otherwise. Two weeks into the protest, some protesters were already being brutalized. We all saw what was happening in Abuja, police officers beating protesters, are those he people you’ll tell to stop protesting? So, it was a case of total senselessness. You want people to stop protesting but what they’re crying for you’re not even addressing it. So, stopping the protest at that time would be to spit on the grave of Jimoh. It would be a total disrespect that people died during the struggle and then we just say, okay, let’s see what they will do. I mean, if you want people to stop the protest, why don’t you meet them at a level ground. For instance, what stops government from announcing loudly and instructing the police to protect all protesters, that it’s their right, let them exercise it, that would’ve been the first sign of good faith. When they’re protesting, don’t tell them to stop protesting, that shouldn’t be your first call of action. Why are you o bent on them stopping the protest instead of actually making efforts to meet their demands? Why didn’t you ensure the protection and non harassment of protesters and then come back to say, okay, this and this are what we have done to meet your demands, so and so officer has been arrested. We didn’t see any of that. The SARS officers you claim to have arrested and prosecuted, why couldn’t you parade them and let everybody see? If it were normal civilians, you would’ve been quick to go with your cameras and parade them for the public to see, but to parade your colleagues who killed innocent citizens, you can’t. Why couldn’t you parade the evil officers so as to calm people down so people can say, okay, so his is the officer that killed Jimoh, but no, you didn’t do that, you just kept reacting instead of responding.