Why We Set Up Live Theatre 12 Years Ago – Convener, Shola Adenuga 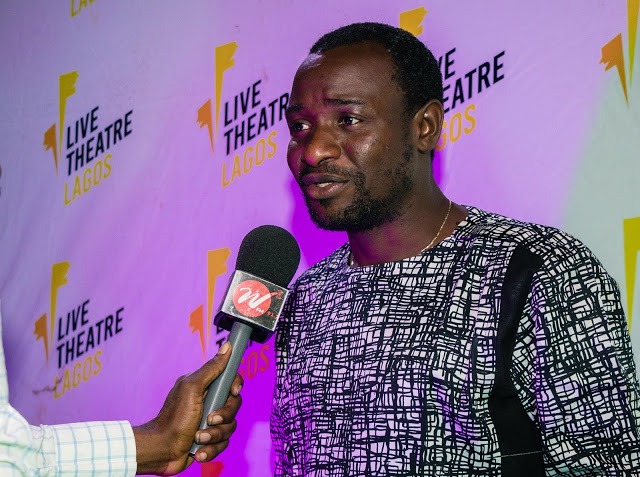 Live Theatre Lagos is the rebranded name for Live Theatre on Sunday. According to the convener, Shola Adenuga, the name change was necessitated by the need to have a well-rounded brand representation for our theatre productions.

Since its creation in 2008, Live Theatre has been bringing the art and craft of stage playback to its once prominent position in Nigerian entertainment and popular culture, and provide empowerment for a new generation of theatre artists.

City People chatted with the brain behind this brand and he spoke about the challenges, the driving force and the projections of Live Theatre in the entertainment industry

What inspired you to initiate Live Theatre Lagos?

For me, theatre is a passion project. Aside from being a thespian by training, the art of packaging, promoting and generally producing a theatre project, either a musical or drama excites me, energizes me and ignites my passion. Though sometimes, it can be wearying because theatre production in Nigeria can be unrewarding in terms of profits from gate takings and the low audience response to see new projects. Added to that the long wait time for getting payments from sponsors and clients. All these notwithstanding, it is an exciting vocation for me as it allows me to bring new experiences to people at no cost to them. I also love the opportunity to influence opinion and contribute positively to trending issues. Theatre allows me to talk about the issues that bother me.

Since 1999. First as a student at the University of Ibadan, and then professionally since 2007. I had my first theatre production in 2007 at the Agip Recital Hall on August 25, 2007 and it was the production of Femi Osofisan’s The Midnight Blackout directed by Olasunkanmi Adebayo (SukkiLala). We started Live Theatre on a Sunday in 2008, rested it in 2016 and now unveiled our free theatre project, Live Theatre Lagos, in June 2019. It’s been a journey! I have produced over 100 performances of over 20 plays over the years and worked with some prominent people in the industry. We’ve done Wole Soyinka’s The Jero Plays a number of times, Abiodun Kassim’s Band Aid, Belong by Bola Agbaje,  Adelarin Awotedu’s What Men Want, Wole Soyinka’s King Baabu, The Death of A King’s Horseman, Adelarin Awotedu’s Akanni and His Proposal, Adebola Ogunshina’s Konkortion, Dapo Adelugba’s That Scoundrel Suberu, Soji Cole’s Maybe Tomorrow, Femi Branch’s PO,  Visafied, A True Christmas Story,  Ola Rotimi’s Grip Am, Zulu Sofola’s The Wizard of Law, The Audition, J.P. Clark’s Song of A Goat and The Hiss.

What are the challenges in the theatre industry that you have encountered?

The major issue has been time. So far in my theatre career, I have been an Employee – Theatre Producer, I have a 9-5. I work in advertising as a creative business solution consultant/brand communications strategist and theatre is my “side-hustle”. So it has unfortunately, being treated as a step child, not been getting the quality time it needs  in terms of marketing and promotion of the work we have done but that would change soon. I am moving to theatre full time from this year. The other issue has been funding, which affects every theatre producer in Nigeria. In the
absence of ready sponsorships and government or institutional funding, we have had  to learn self-funding, partnership and bartering whilst building additional funding channels like advert support via our play brochures, voluntary audience donations and solicitations. What we have found out is that the addressable market for paying audience is relative small but there is a potential market among young people and   youths who love the art but cannot pay for it yet appreciate good work, are loyal and are willing to support.

You will be surprised that a lot of people think that musical theatre is the only form of theatre there is, even amongst the so-called elite and the educated. Well this is partly because the Nigerian theatre renaissance of last decade was induced by musical theatre so when a show does not involve singing and heavy spectacle, some audiences tend to rate it low or they just call it poor theatre.

Another challenge that I have had to face is the issue of self-identity. People keep asking who you are and wanting to validate you by heritage; things like who are you, who knows you, who are people your people and what not; people using social status and followership as yardstick for measuring creative prowess or excellence.

What has been your driving force despite the challenges?

I am very passionate and driven about my work and craft. I am open to continuous learning and that has also helped. We made mistakes and learn from it and pick up poised to do even better on the next project. My personal mantra is ‘get joyfully better’ so I do not cry unnecessarily over poor outcomes but I learn as much as I can from it and I  move on and I keep an open mind and I am very adaptable as well. For instance, we made losses from gate shows and are learning to break even with free shows and we even posted profits with free theatre shows in 2013 and 2014. The other thing is that I am learning is to pace myself. Social media would have one thinking less about the process – of growth and development. You know social media is all about telling the finished work, so I am learning to follow the ladder and take growth step-by-step whilst keeping committed to the best quality work. Also, being a self-starter and having a can-do attitude helps a lot. I cannot tell you the number of proposals I have written for sponsorship that got rejected, or how many cold calls weren’t stale almost immediately but still I rise, knowing that  greatness is on the next move

Can we have a brief of your background?

I am an 80s child. I am 7th in a family of 8 children and my mom and dad. Going up in such as a large household prepared me for life as a thespian. I am Ijebu. My dad was from Ago Iwoye and my mom was from Odogbawojo in Epe. Key attitudes and attributes such as collaborating, personal leadership, accountability, stock keeping, sales and pitching were inculcated in me from home. I was allowed to choose my life and career path. My dad was a Mechanical Engineer with PZ and my Mom was cloth seller who was also into properties and transportation. I grew up open to both Christian and Islamic worldviews. My dad was a Christian and my mother was a practicing Muslim. My Dad was Do-It-Yourself-er and my parent sang a lot of folk Ijebu songs especially while doing chores – washing their own clothes, cooking or when just passing time, and I think those were really my attraction to the performance. Though we had helps, my parents preferred to do their own chores or sit with you whilst you did them.

How do you see Live Theatre Lagos in 10 years in Nigeria?

I envision that we would be the cornerstone of cultural and social awareness with shows that tour Africa and the world. As Nigeria develops, there would be an increased need for the Nigerian flavor and our genre of theatre and entertainment especially by Nigerians in the diaspora and I am hopeful that at that time, we would have become an important component in the theatre and performance ecosystem in Nigeria and Africa.

Do you think the government is doing enough to promote the creative industry?

Not yet but very good lip service is being dissipated at this time. I believe Government at all levels through the culture or social orientation office should support theatre and film as they do music and comedy at the moment.

What project are you working on for now?

We are working on our 2020 repertoire which would start in April.  Our repertoire this year includes the following projects: Wole Soyinka’s  The Trials of Brother Jero – April 12 and 13 and July 30th/Aug 1st Kamara A Dance Play – May 23rd and 24th  Afrika Ukoh’s 54 Silihouttes featuring Charles Etubiebi and showing on October 25th Abiodun Kassim’s Band Aid which would show on 20th  at Sheraton Abuja, and on  December 26th and 27th and  Jan 2nd and 3rd at the RadissonBlu Anchorage Hotel, VI.

What direction or focus are your drama/storyline?

Our theme for 2020 is Be The Difference.

2020 is the start of the decade with relative negative predictions for the planet, the human race, technology and human interaction. Yet 20 years into the new

millennium, Nigeria is not anywhere at these tables or ready to take an active role in the milieu, thus we believe it is our responsibility to call our audience to get set to be a part of the change needed to move us forward to take our place in the 21st century.

Corruption, selfishness, tunnel vision continues to encumber us. Consequently, this theme has influenced our play selection for 2020.

Who among the veteran artistes do you look forward to working with?

I look forward to working with Denzel Washington. Dreams do come true and I believe it would happen. Locally, I forward to work with Mama Taiwo Ajai-Lycett, RMD, Joke Silva and Jide Kosoko. Fortunately, this year, Baba Jide Kosoko would be in Band Aid and The Trials of Brother Jero again, and hopefully, we would have Mama in our 2021 experimental Project – People are not your problem.

Why We Set Up Live Theatre 12 Years Ago – Convener, Shola Adenuga was last modified: January 24th, 2020 by Reporter