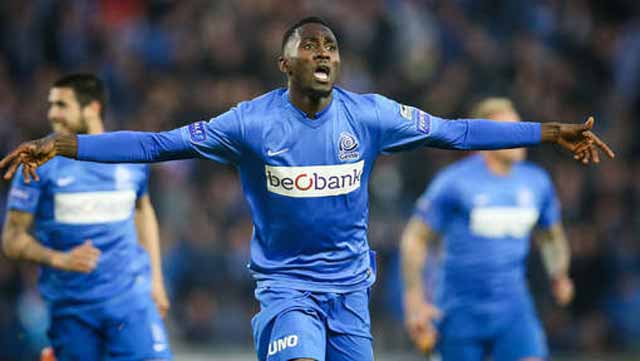 Brendan Rodgers on Tuesday provided an update on the fitness of Nigeria international Wilfred Ndidi ahead of the club’s clash against West Ham United on Wednesday.

The Foxes are set to welcome David Moyes’ men to the King Power stadium, as part of the Premier League’s midweek fixture list.

Speaking in his pre-West Ham press conference yesterday, Rodgers was asked for a fitness update on his squad and the main talking point surrounded sidelined midfielder Ndidi whose absence has been sorely felt in the Foxes’ last two outings.

Amazingly, though, despite having only undergone surgery on a knee issue two weeks ago, the Nigerian midfielder is already in line to make a return to the pitch after Rodgers confirmed that his side’s midfield enforcer has made an ‘incredible recovery’, and could yet feature tomorrow night: “Yes, there’s a great chance he (Ndidi) will be in the squad for tomorrow. We’ll see how he is from today. He’s made an incredible recovery. I think that’s the thing with the type of operation he had, people will recover in different timescales. For Wilf it was 11 days.’

“He’s been out on the pitch; he’s had all the tests. It’s a great testament to him and our medical team, the work that’s gone in to getting him fit. He’s available, we think,” the coach added.

Leicester will enter the matchup desperate for a bounce-back display, on the back of an alarming dip in form of late as Rodgers’ outfit are winless in their last 3 outings across all competitions.

After falling to a shock 2-1 loss at home to Southampton two weeks ago, Leicester were again put to the sword by a side battling relegation this past weekend.

A meeting with struggling Burnley at Turf Moor eventually saw the Clarets run out 2-1 winners, courtesy of second-half strikes from Chris Wood and Ashley Westwood.