Home Sports I will forever be grateful to Arsenal – Fabregas
Sports 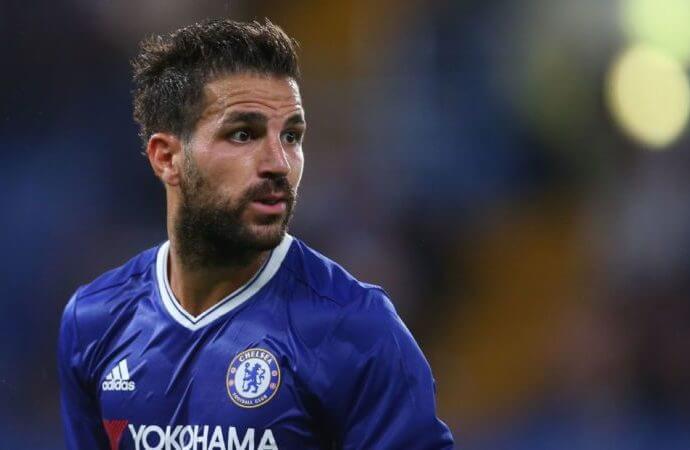 Cesc Fabregas tried to make peace with Arsenal as the Chelsea midfielder hailed his old club’s influence on his career ahead of Saturday’s clash between the London rivals.

Fabregas made his name at Arsenal after arriving from Barcelona as a teenager, spending eight years as the club’s midfield lynchpin.

The 29-year-old rejoined Barcelona in 2011 before signing for Chelsea three years later when Gunners boss Arsene Wenger declined to take up an option on his former captain.

Many Arsenal supporters have turned on Fabregas for joining their bitter rivals, but on the eve of a crucial showdown between leaders Chelsea and third-placed Arsenal at Stamford Bridge, the Spain international insists there is no bad blood from his point of view.

“Yes, forever. There’s something that will never change,” Fabregas told presenter Natacha Tannous in a YouTube interview when asked if he had fond memories of his time at Arsenal.

“There are many things said about me, about Arsenal. I don’t really care what people think about me anymore. It’s just about what I feel towards them.

“Arsenal will always be the team that believed in me the most. I was a young kid, 16 years old, playing for Barcelona.

“Arsene Wenger, especially, and Arsenal Football Club, gave me everything.

“Without them I would not be a World Cup winner, a European Championship winner.

“I would not have experienced all of this that I’m doing in my life. I will always forever be grateful.”

I will forever be grateful to Arsenal – Fabregas was last modified: February 2nd, 2017 by Arinze Ago