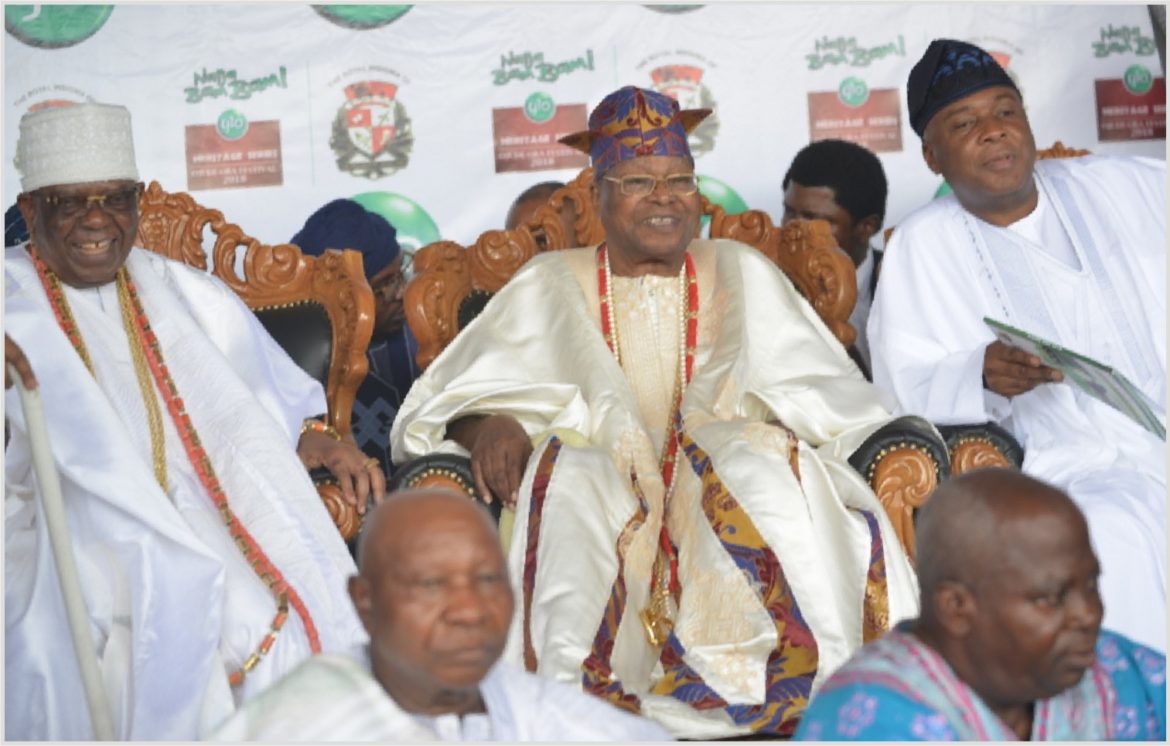 The 2018 Ojude Oba festival may have come and gone. But it has left in its wake nice memories. For instance, 30 year old Ayodele Dada, a Mathematics Teacher with Quite Pretty School, Ijebu Ode won a brand new Hyundai Accent, the Star prize of the 2018 Raffle Draw organised by Globacom.

In a dramatic raffle draw picked by the Paramount Ruler of Ijebuland, Oba Dr. Sikiru Kayode Adetona, CFR, lucky Dada who was the fourth to be picked after the first three names where absent from the venue of the Ojude Oba Festival caused a huge buzz as he wriggled his way through the massive crowd to mount the dais. The Festival officials calmed him down and asked him to button his shirt before the key of the car was presented to him by the Guest of Honour and Senate President, Dr. Bukola Saraki assisted by Glo Representative at the grand finale, Mr. Folu Aderibigbe.

In the Female group, Bobamoyegun Obinrin Asiwaju won the first position while Bobagunte Omooba came second and Bobagunte Obirin Gold emerged third. In the Equesterian(Horse riders) category, the inimitable Kuku Family came first, Balogun Shoye came second and Balogun Odunuga Family emerged third. In his speech, the Chairman of Globacom, Dr. Mike Adenuga, GCON, CSG and CLH congratulated the Awujale for the milestones recorded in Ijebuland in the last 58 years since he ascended the throne of his fathers in 1960 concluding “ours is such a matchless heritage”.

In a keenly contested beauty pageant, 19 year old Ololade defeated 12 others to pick the crown in the early hours of Friday at the Equity Hotel, Ijebu Ode venue of the event.

Kofoworola Osoteku, an Environmental Education Graduate of University of Benin, came second while Halimah Olorode of the Economics Department of the Olabisi Onabanjo University came third. The beauty queens were exemplars of Ijebuland and were tested on proficiency in Ijebu dialect, culture, poise, composure and general knowledge