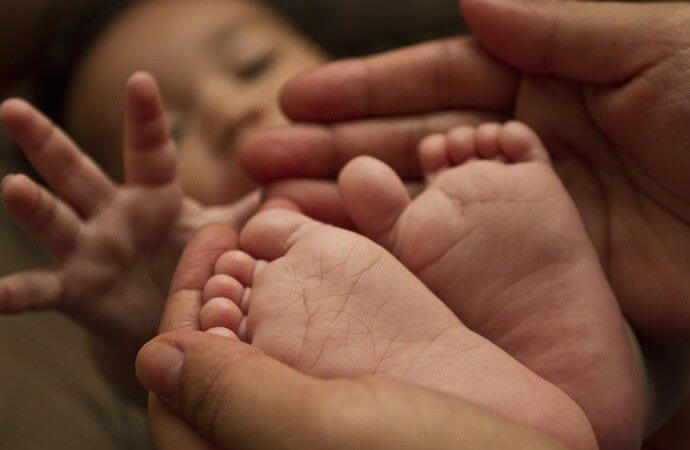 The story of baby Samantha who was killed by her parents in 2012 shocked the nation. But almost more upsetting was the fact that her mother did nothing to protect the little girl and instead participated in the abuse.

This tragic story is just one of a number of child abuse cases that have come to light in the last couple of years. Just this week, the wife of the Springs man accused of holding his family captive for almost a decade was arrested on charges that relate to assault and kidnapping.

The couple’s children were tortured and abused for years, allegedly by their father. If their 11-year-old son had not escaped, the abuse would not have been exposed.

Meanwhile late last year in Vanderbijlpark, a mother stood by and watched as her boyfriend used an electric taser to shock her 3-year-old son, allegedly to stop him from wetting the bed. When the mother was interviewed on eNCA’s investigative show CheckPoint she denied that the boyfriend had hurt the child despite the fact that the abuse was caught on film.

She showed no concern for her child, her only interest seemed to be in the welfare of her lover.

These terrible cases of child abuse raise questions about how a mother’s supposedly all-powerful maternal instinct to protect her children doesn’t kick in in these instances. We asked psychologist Dr. Giada del Fabbro what would cause these mothers to allow their children to be abused.

Dr Del Fabbro says there are a number of reasons a women might allow her children to be abused and the first is that she too has been, or is a victim of abuse.

“What you find is that often these individuals did not have great mothers themselves. In terms of someone’s capacity to bond with another human being, you may find that something really went wrong with them when they were growing up. They might have been neglected or abused. And they then repeat this pattern on their own children,” she says.

The doctor adds that because these women lack self-esteem, they frequently become involved with partners who are dominant and aggressive because they feel that’s all they deserve.

“They don’t feel that they are good enough, hence they will stay in these unhealthy relationships where their children are abused,” she says.

The tragedy is that their children will suffer the same fate when they grow up, and so it is important that they are separated from their mothers until they can get help.

These women need to be separated from their toxic partners so that they can work on their dependency issues and develop their self-esteem.

Why women allow child abuse was last modified: October 23rd, 2017 by Arinze Ago

UNN Celebrates 48th Convocation With Over 400...