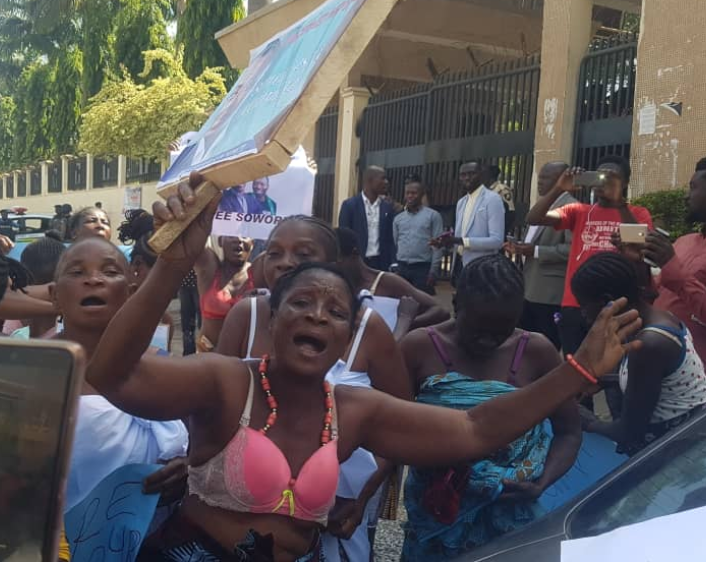 A group of women stormed the Federal High Court in Abuja to demand the immediate release of Omoyele Sowore and Olawale Bakare.  on Thursday, December 5, 2019

In a hot protest to state their position, the elderly women removed their blouses, revealing only their bras.

According to the women, Sowore their ”son,” had not committed any crime therefore President Muhammadu Buhari should order his immediate and unconditional release from the detention of Department of State Services.

Women strip to bras to protest in court over Omoyele Sowore’s continued detention was last modified: December 5th, 2019 by Reporter