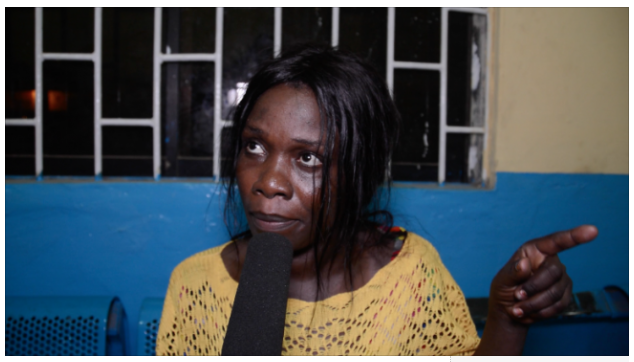 A Nigerians who returned from South Africa, Blessing Chioma, has accused the South African police of inaction when her husband was killed.

Chioma said she returned to Nigeria so she could take care of her kids because living in South Africa became tough without her husband.

”I’m coming from South Africa, Johannesburg; I was married to a Nigerian, but South Africans killed him during the xenophobic attacks. I reported the case to the police, they know about it; they look for the guys, but you won’t know them because they come in groups, so nothing was done; the case is closed,” she said.

”Since then I’ve been coping with the children, but I returned them to Nigeria because I was no more meeting up in training them. So they’re here now in Nigeria; I came back to take care of them, but we came with nothing because they burnt our shops.”

The first batch of 187 Nigerians from South Africa returned to the country last week. The second batch of 314 returned on Wednesday.

Nigerians were forced to return to the country following the xenophobic attacks on foreign nationals in South Africa.

President Buhari Jets Out To New York For UNGA74

Sanwoolu gives N20K each to 315 returnees from South Africa