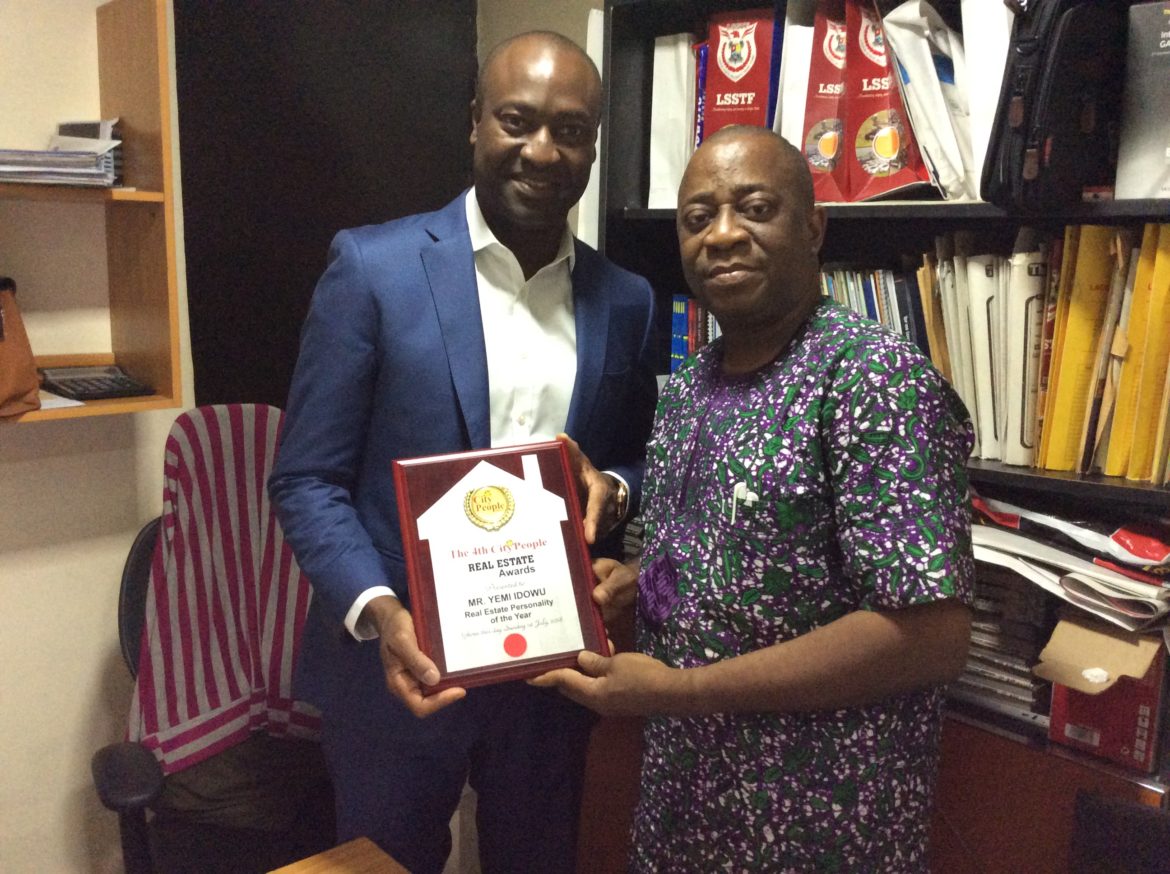 At The 2018 City People Real Estate Award In Lagos

Yemi Idowu plays big in real estate. He is one businessman who is quick to sport great opportunities in the various sectors of the economy and he moves into invest. That is why he has his fingers in so many pies and real estate is just one of them.

He is the biggest real estate player in the Lekki-Ajah  axis.  That is why whenever all the big boys gather around the  Lekki axis in Lagos to talk of real estate development along that corridor, one name that usually crops up is that of, Yemi Idowu. He is a very quiet real estate developer who does not make noise at all. He enjoys his anonymity and he is consumed by his urge to leave a mark in any sector he plays in. He has already done that in real estate because his real estate company, Aircom Nigeria Ltd plays big in that Lekki corridor. It is because of his remarkable combinations to the real estate sector that he was honoured at the last City People Real Estate Award in Lagos.

You don’t get to see him. But you hear about him only when it is necessary. He does not attend events. You won’t find him at parties. But he is a big player in Corporate Nigeria. He has a huge real estate portfolio around Lekki & Ajah. He has built Friends Colony, Northern Foreshore, Milveston Court and Bourdillon Courts to mention just a few. He is a big entrepreneur and an  industrialist with extensive business interests in various sectors of the economy like Energy, Sports, Automobile, Real Estate as well as Oil & Gas.

He is  on the board of various companies. He founded Aircom Nigeria Limited in 1992 and serves as the Managing Director till date.

He also sits on the governing council of the Bank Directors Association of Nigeria. He also serves as Chairman Leyland Busan Motor Company and is a Director of the Lagos Junior League and current Chairman of Nathaniel Boys Football Club.

After his formal education in England, where he obtained a degree in Accounting and Financial Analysis, he worked in Anglo European Equipment, London as a Business Development Manager for Africa and Middle East. He later became the Executive Director of Aircom Nigeria Limited, a Panasonic Import Syndicate partner, a position he held since 2003.

Yemi Idowu is also Director of Eba Odan Commercial & Industrial, a holding and investment company with shares in various companies including Banks, Industries and Trading establishments. He also sits on the Board of several other companies, including Sterling Bank Plc.

He is the first son of the late industrialist and sports philanthropist Chief Nathaniel Idowu a titled Chief of Ibadanland.

Despite a huge inheritance, Yemi Idowu remains focused on how to provide service and add value to business. He founded Aircom Nigeria Limited one of Nigeria’s leading infrastructure development companies over 20 years ago and serves as the Managing Director till date.

The construction of the Lekki/Epe road by the then administration of Lateef Jakande opened up a vast area of land which hitherto had been locked up. Before then Maroko, a slum on the fringe of Victoria Island was the end of the city of Lagos at that end. Beyond that was swampy land with scanty hamlets which were only accessible by sea or foot paths.

The story is different today. The Lekki axis is the seat of several luxury estates both government and privately owned which are too numerous to be mentioned. These have attracted movements of people and goods such that the traffic situation as at today is terrible at certain hours of the day.

Besides these institutions and estates, new investments are springing up along the axis that has been variously described as “the fastest growing corridor in west African sub-region”.

This situation is what informed this entrepreneur and real estate developer Mr. Yemi Idowu to invest heavily in infrastructure development across the axis.

As far back as 2002 he has been involved in funding the extension of Chevron Drive, all the way to Northern Foreshore Estate. This gave rise to rapid developments along the corridor such as Carlton Gate Estate, Chevvy View Estate, North Point Estate, Limeridge Hotel, Pallazo Dumont Hotel , Ebaeno Supermart and many other residential and commercial developments.

Similarly in 2010, Yemi Idowu was also instrumental in financing the development of Oba Akinloye Way which extends from the Femi Okunnu/ Mobil/SPG road all the way to the UAC Pinnock Beach Estate. This strategic route has created immense value to the entire axis and today we see very many residential and commercial developments spring up including the popular Circle Mall.

Yemi Idowu has a long history of strategic collaborations in the industry with a view to unlocking opportunities and creating value. His partnership with UPDC was instrumental to the development of Napier Garden Estate in 2012. He has also served as Consultant and Adviser to many notable property investors along the Lekki Corridor and beyond.

Until July 2014 Yemi Idowu served as a non-Executive Director with Sterling Bank PLC from its inception in 2005 and was a onetime Chairman of Sterling Capital as well as being a non-executive Director at NBM Bank between 1999 and 2005.

He also sat on the governing council of the Bank Directors Association of Nigeria as its General Secretary between 2009 and 2014. He also serves as Chairman Leyland Nigeria (Nigeria’s largest indigenous automobile assembly plant) and has delivered in recent times over 2,500 high capacity buses and light trucks to the Nigerian Mass Transit market.

He is a patron of sports at the grassroots with more than 15 years’ experience in sponsorship and management of sports competitions and events. He is also a co-founder and Director of the successful Lagos Junior league and Chairman of Nath Boys Sports Club, an amateur youth sports organization that owns Nath Boys Football Club, two time champions of the Lagos Junior Premier League and the current champions of the Lagos Metro league.

Yemi was born in Ibadan, to the Late Chief (Dr) Nathaniel Olabiyi Idowu (OFR), the Mayeloye and the Okanlomo of Ibadan land. He spent his early years schooling in the United Kingdom and participated actively in sports at the youth level.

An alumnus of the Harvard Business School Executive Education Program, Yemi Idowu holds a Bachelor of Science in Accounts and Financial Analysis from the Newcastle upon Tyne University, England and a Post Graduate Diploma in Human Resource Management.

He is a member of the Institute of Personnel Management, United Kingdom. After his university education, he worked as a Business Development Manager for Africa and the Middle East at Anglo European Equipment, London.

Mr. Idowu is very passionate about sports and has been involved in sports philanthropy and grassroots sports development for many years. As a result of his dedication and commitment to sports development he was appointed Board Chairman of the Nigerian Academicals Sports Committee (NASCOM) – a presidential committee in November 2012. In his capacity as Chairman of the board of NASCOM,  Yemi Idowu was instrumental in initiating the Rhythm N’ Play campaign  a grassroot sports mobilization campaign targeted at bringing an additional 2 million Nigeria school children into sports within a two year period. Former Nigerian President Goodluck Jonathan launched the campaign in Abuja on 6th June 2013.

Yemi Idowu is  also very passionate about Infrastructure Sustainability and Security as tools to developing and sustaining Mega cities in Africa and on the 10th of November 2015 he was appointed a member of the Board of Trustees of the Lagos State Security Trust Fund alongside. Mr. Herbert Wigwe, Mr. Opeyemi Agbaje, Mr. Gbolahan Lawal and Mr. Phillip Oduozua by his Excellency Mr. Akinwunmi Ambode the Lagos State Governor 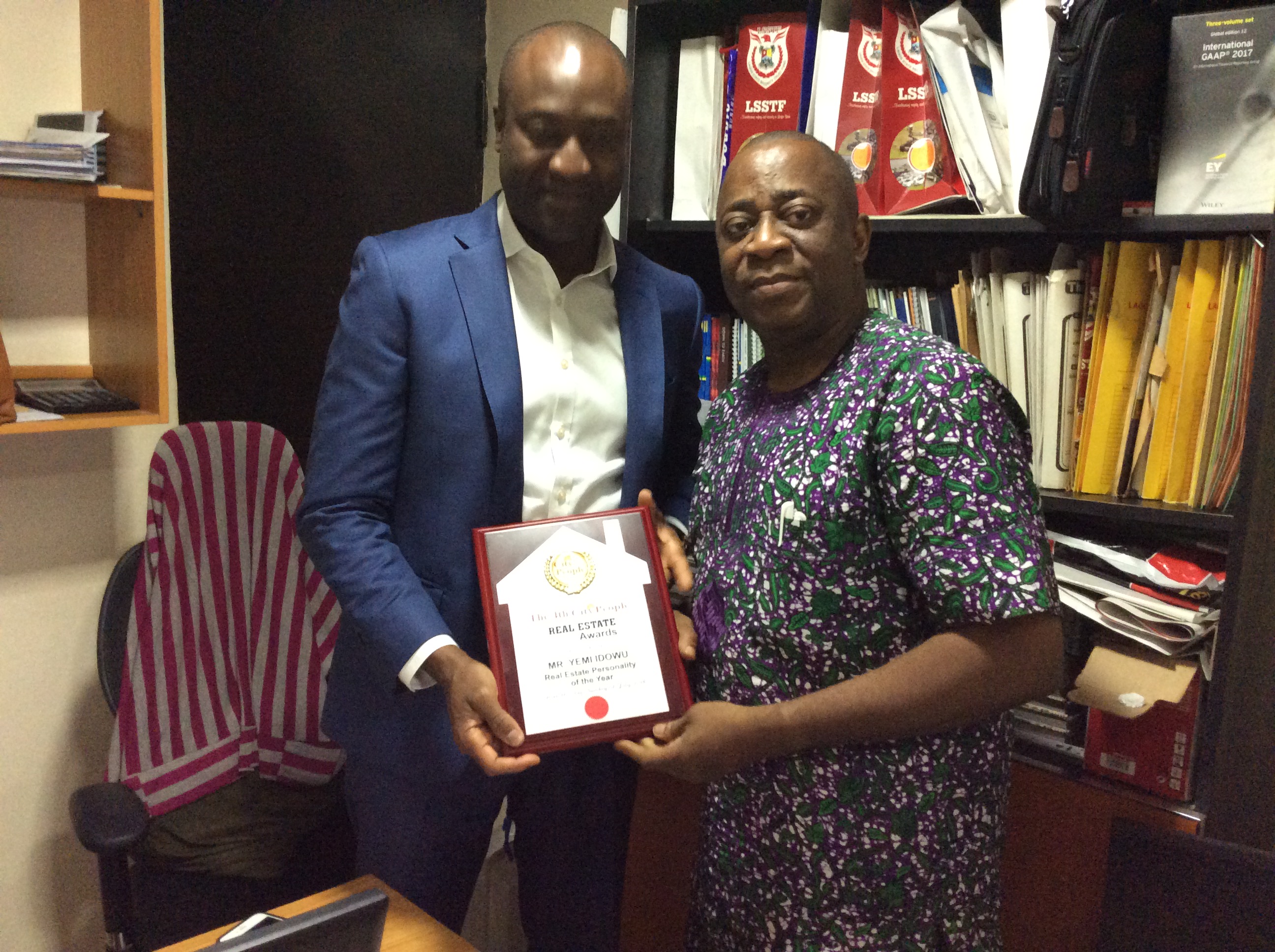 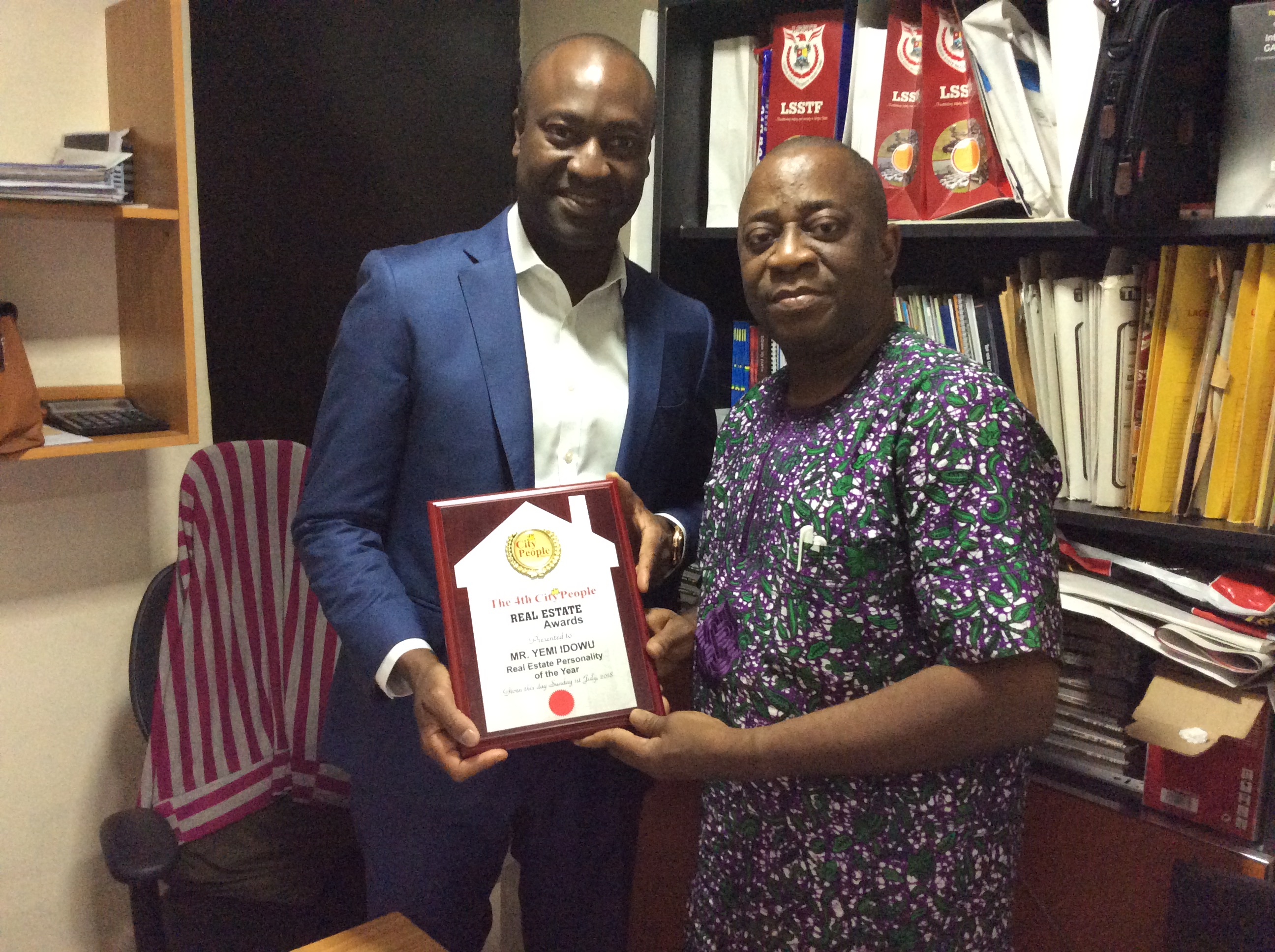 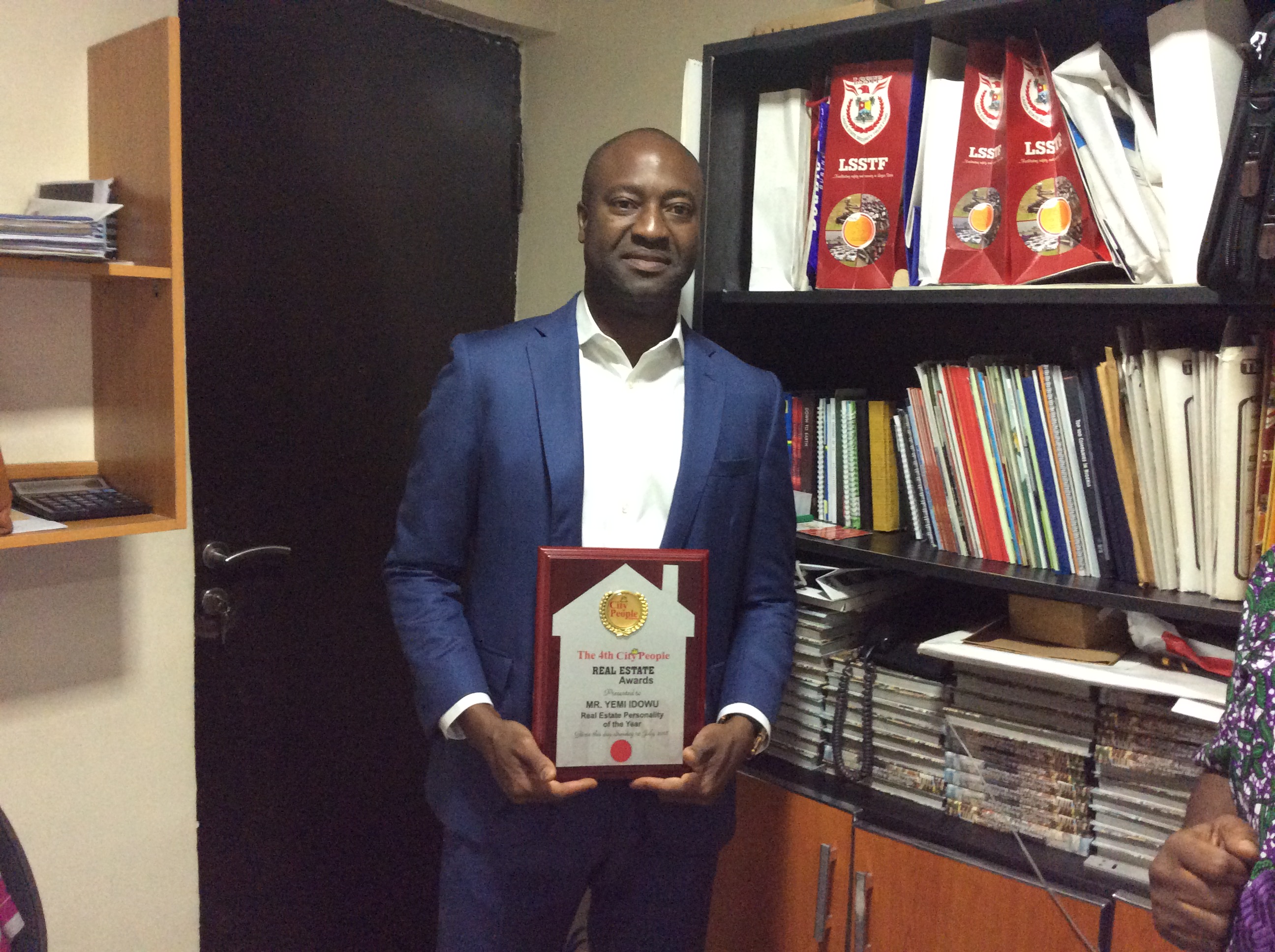