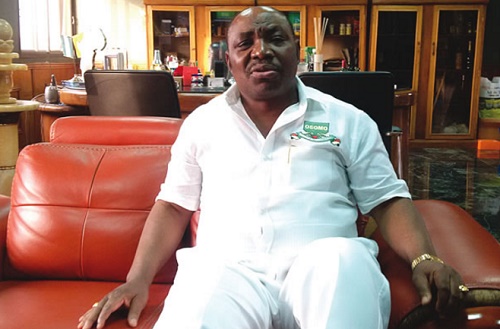 Dr. Akintunde Ayeni is a big name in the Herbal medicine practice. He is the MD/CEO of Yemkem International for Alternative Therapy. He is one of the pioneer  of that business. He has been into the herbal practice for over 37 years. He is well known for his herbal medicine and herbal clinic across the globe.

A few weeks back, City People caught up with him and he spoke on his 4 new herbal drinks, his newly opened club amongst others.

“Everybody knew me as “Alafia Tayo” in 1991 before it was transformed to Yem Kem International for centre and Alternative Therapy in 1997. Back then I noticed the low turnout for herbal medicine because of the religious believe of people who say herbal practitioners are fetish and diabolic”. He had to separate the spiritualism from the herbal which he achieved by being the first Nigerian herbal practitioner to capsulate herbal medicine in durable bottles that can retain its originality for more than 2 years with out  any chemical or preventatives added and also to have them in blister packs like the western drugs and these medicines are well known across Nigeria and all over the world. “This was why the BBC sent some of their delegates to me in 1998, as the first Nigerian herbal practitioner to be interviewed by Hilary Anderson and the documentary photographs was done by Tunde Kelani.  In 1999, I was also interviewed by the CNN to talk on how herbal medicine is being practiced in Nigeria”.

He talked about Osomo Bitters. “Osomo Bitters is the first herbal drink in Nigeria, people take Osomo Bitters because of the concentration of herbal content in it. What gave room for other herbal drinks to compete with them was because of the fire outbreak that occurred at their factory in 2013 where they lost all their equipments, machineries and raw materials to the incident. The current economic recession in the country did not affect production because most of their raw materials are locally sourced in Nigeria, except for the machinery and one of the liquid products called Eroxil.

It is available in bottle, the bottle is produced by a company and the raw material used is imported but now locally sourced. We are coming out in a bigger and better way to all our numerous customers. We have a very big and multibillion naira factory in Ogun State where we will be producing the 4 new herbal drinks before the end of the year and we will be rebranding old products as well.

Osomo Bitters is in different forms and packaging. The new herbal drink is to differentiate the boys from the men. Two of the herbal drinks energize and boost men with low libido, the other two are for general well-being of the body and also cure menstrual pains for women. He just newly opened a club at his hotel in Ado Ekiti named “Splendor” as the Pathfinder Hotel clocked 10-years in March 24,2017.

Dr. Akintunde Ayeni was born in Oye Ekiti, Ekiti State in the early 60s to late Pa Dada Orimekunluyi Ayeni and Madam Elizabeth Adeoye Ayeni. He attended St. Patrick Primary School, Oke Padre, Ibadan in Oyo State and Adelegun Memorial Grammar School, Ibadan. He later graduated in Fisheries from the Federal College of Fisheries under the Nigeria Institute of Oceanography and Marine Research, Maidugury, Borno State in 1984, Dr. Akintunde Ayeni was introduced to herbal medicine by his late father, Pa Dada Orimekunluyi Ayeni at a very tender age. He ventured into the practice of herbal medicine in 1981.