Home News Yinka Odumakin to be buried on 24 April
News

Yinka Odumakin to be buried on 24 April 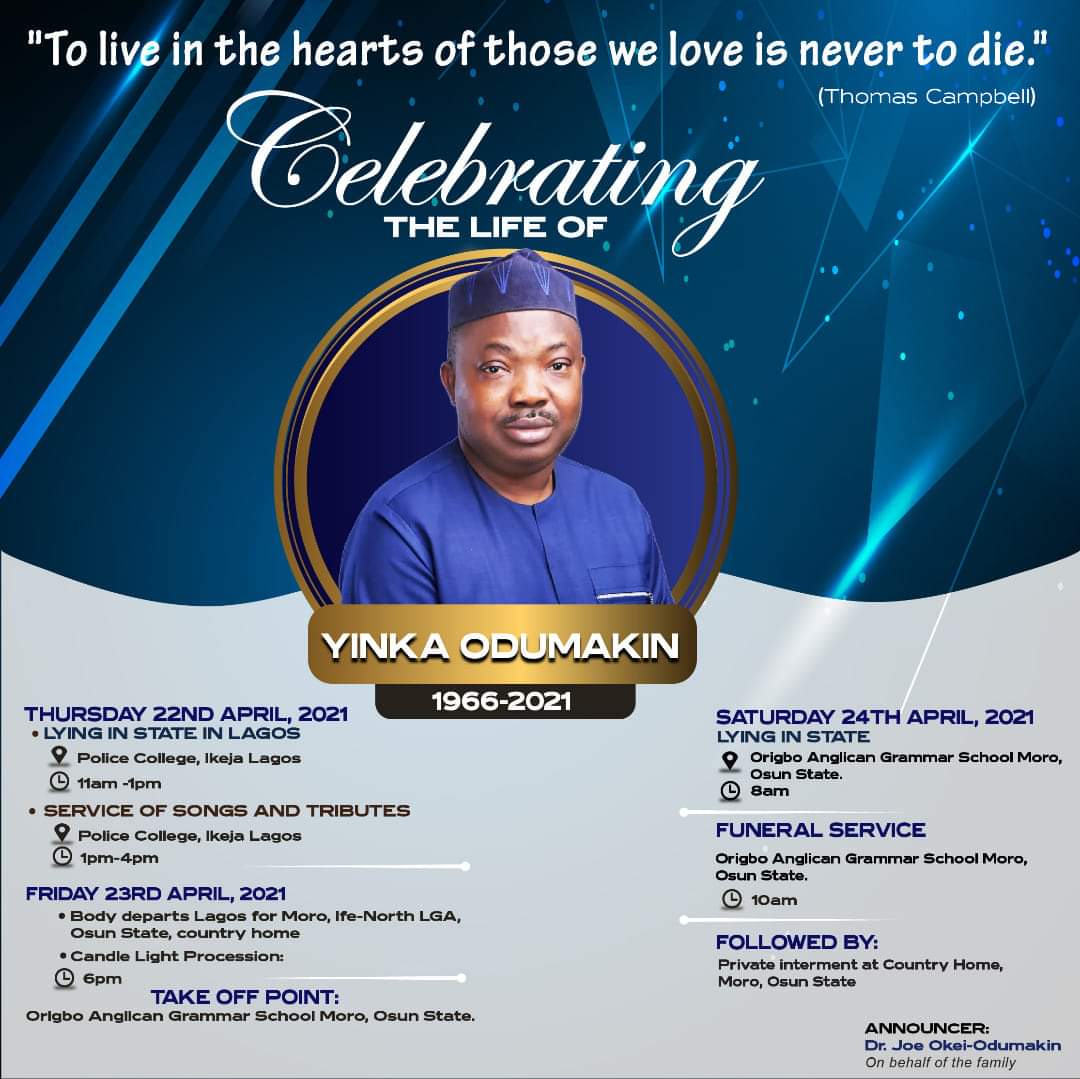 The family of the late activist and Afenifere spokesman, Comrade Yinka Odumakin, on Monday announced the order of his funeral rites.

According to a release signed by the widow, Dr. Joe Okei Odumakin, the rites will span three days – starting from Thursday 22nd through Friday 23rd & Saturday 24th April 2021.

Thursday 22nd April: Day of Tributes and Service of Songs at the Police College, Ikeja Lagos between 11am and 4pm while his body lies in state.

There will be a Candle light procession on Friday, taking off from the Origbo Anglican Grammar School, Moro, Osun State by 6pm.

Saturday 24th April: Lying in State at Origbo Anglican Grammar School, Moro by 8am, followed by a Funeral Service by 10am, after which his remains will be committed to Mother Earth at a private interment.

Yinka Odumakin to be buried on 24 April was last modified: April 13th, 2021 by Isaac Abimbade

WHO IS A BETTER MIDFIELDER: BRUNO OR MOUNT?