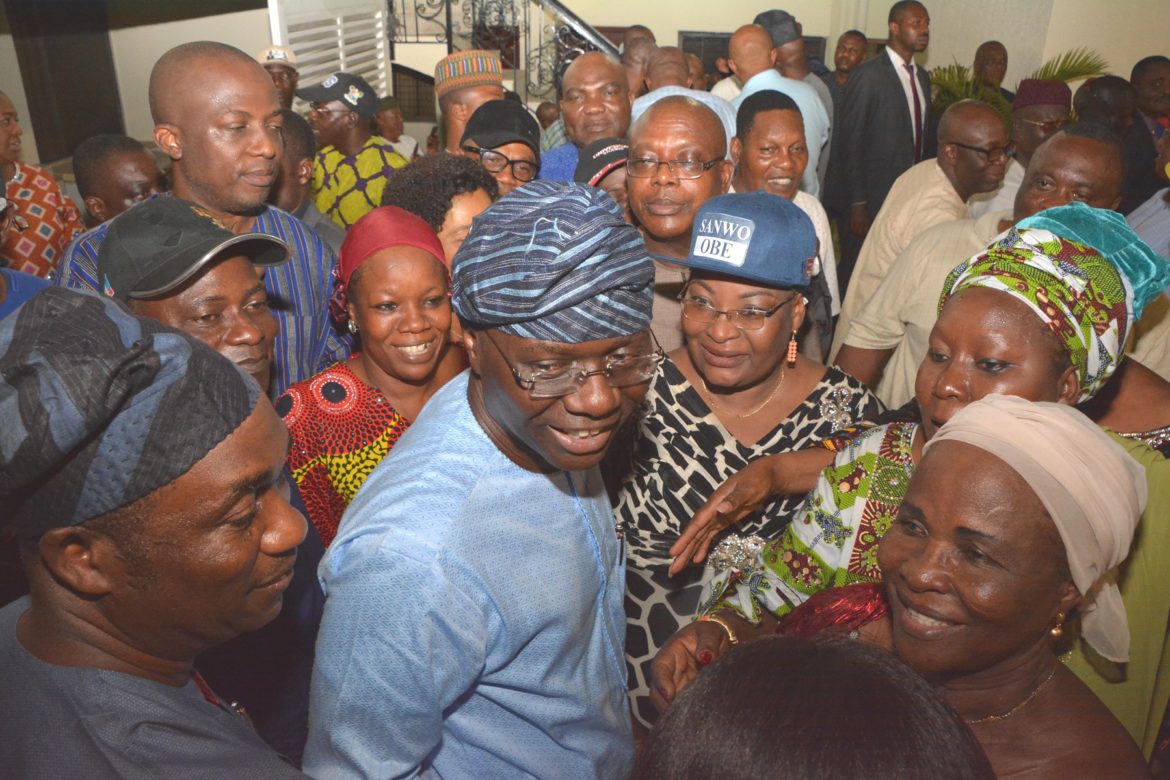 The Lagos State Governor-elect, Babajide Sanwo-Olu has reacted to his victory in the Saturday’s governorship election in the state.

Speaking at a press conference, the governor elect promised to create a first class economy in Lagos State.

He also promised to run a government that would have all on deck irrespective of party affiliation or political differences.

According to Sanwo-Olu: “INEC has announced the final result for Lagos meaning the people have spoken and I accept the mandate given me and bestole the responsibility on me.

In the next few days I will thank each one of you personally. This victory belongs to all Lagosians, I thank party members both state and national levels.

To the National chairman, Adams Oshiomhole thanks for you support, to our energetic and victionary leader, Bola Tinubu thank you.

To our leader, President muhammadu Buhari, thank you and we will continue to contribute to ensure a great Nigeria.

Let be frank and honest so as to clear our political space, those who try to use ethnicity to bring discord have been disappointed, our people are fair our people exist on a space that is honest.

To all those who competed and those who tried to sow discord, the day has emerge as a day of reconciliation, whatever was done I hold no grudges.

I’m humbled that the people elected me to be governor for the next for years, my eyes are to fix on where we are going to look back to where we are coming from.

We will establish concrete plans to provide First Class opportunities for job as Lagos will stand as the economic hub of West Africa. My aim is to create a way of life for Lagosians in the nearest future.”

‘Your massive votes humble me’, Sanwoolu thanks Lagosians was last modified: March 11th, 2019 by Reporter