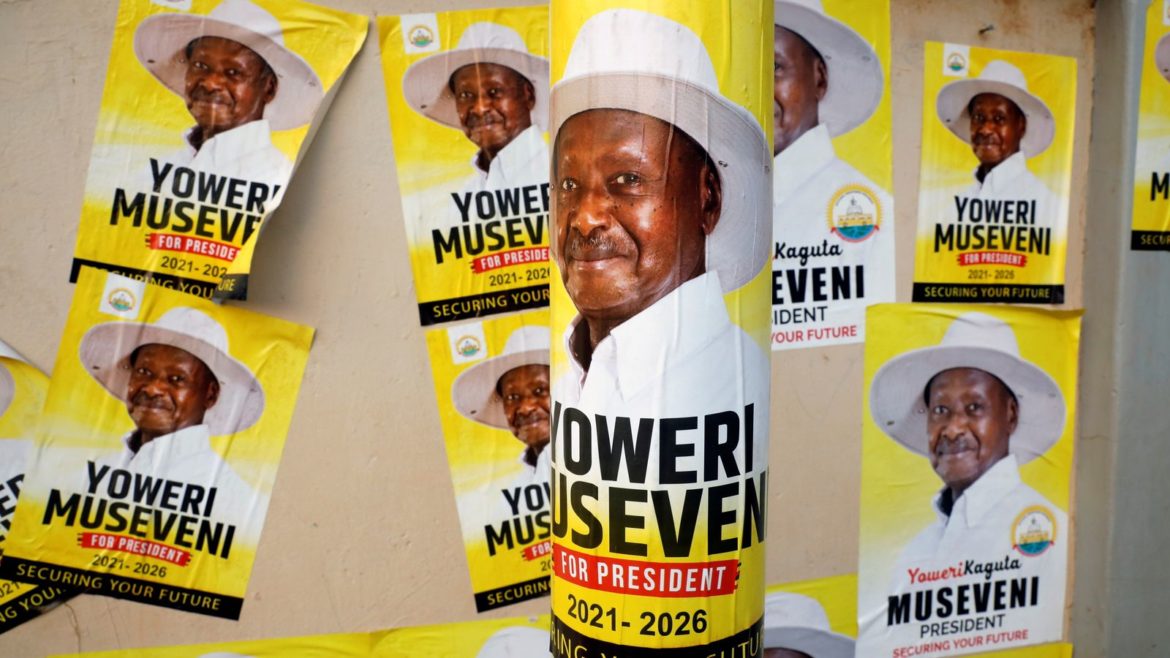 Yoweri Museveni has been declared the winner of the Uganda presidential election with 58.64% of the total votes, according to the country’s electoral commission.

The incumbent will now serve a sixth term as president of the east African nation following some of the worst pre-election violence since the 76-year-old took office in 1986.

His main opposition, singer Bobi Wine, has alleged vote rigging throughout the process and had strong support in urban centres where frustration with unemployment and corruption remains high. He won 3.48 million votes, or 34.8% of the total, according to the commission.

Mr Wine and other opposition candidates were often harassed, and more than 50 people were killed when security forces halted riots in November after he was arrested.

Although Mr Museveni holds on to power, at least 15 of his cabinet ministers including the vice president Edward Ssekandi were voted out, with many losing to candidate’s from Mr Wine’s party, according to local media.

Mr Wine, real name Kyagulanyi Ssentamu, claimed victory on Friday and said he had video evidence of vote-rigging and insisting “every legal option is on the table” to challenge the election results.

‘I survived gun attacks more than once’

He was beaten up and arrested several times during the election campaign but was never convicted of any charge. He later wore a flak jacket and said he feared for his life