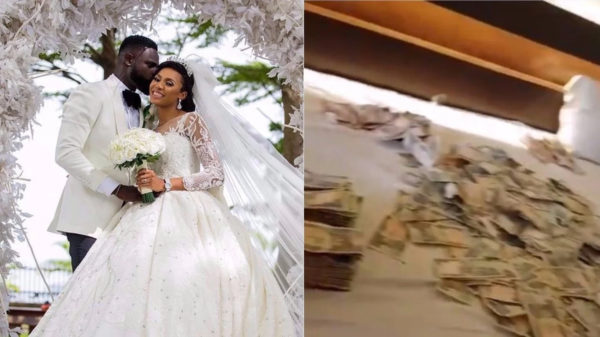 Ace comedian, AY who shared clips of the money realized from his brother, Yomi Casual’s wedding over the weekend has been cautioned by Zonal Police PRO Dolapo Badmus, who advised everyone to be careful of what they put up online.

According to AY, the money which was spread out on a table while some remained in sacks, were huge compared to the N75,000 he made on his own wedding day nine years ago.

“Why should @aycomedian post this on social media, he’s making his brother @yomicasual and his newly wedded wife susceptible to attack and also increase worries of the police. The reason People should avoid flaunting wealth on social media. Let’s take caution please.”