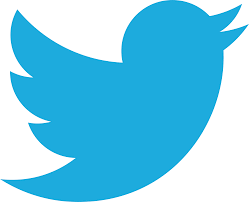 In the wake of manipulation and the constant criticism of Facebook for its slack ways to combat fake news, gun control, explicit content, and the infamous Cambridge Analytica case and invasion of privacy it occasioned by abusing user privacy, other social networks have become more concerted in their efforts not to fall victim.

While some accounts were unlocked between 24 hours to months later, an account like Nigerian entrepreneur’s, Linda Ikeji’s remains suspended.

Bots are basically a manipulation of technology to create multiple accounts that belong to and are managed by either tech networks or human beings managing a number of fake accounts.

These accounts are usually created for concentrated efforts to increase followers at an astronomical rate so people could become influencers or to fuel certain conversations – usually hashtags.

These things con the system and flood it with unwanted content. While they were once overlooked, there is now an increased concentration on Twitter to flush them out. One of those mechanisms was the very frustrating, “Are you a robot?” process that became unpopular in 2018.

But with the suspensions so close to the Presidential elections and the promotion of viral hashtags like #RestInPeaceAPC, #AtikuMyVal, #RejectBuhari, #AtikuIsBetter that made top 10 Nigerian trending topics on different days, the election-charged hashtag theory seems plausible.

Speculatively, that might have been deemed unfair advantage or exploitation of Twitter, especially with how sensitive the Nigerian Presidential elections of 2019 looks set to be.

In some ways, the promotion of these hashtags might have involved bots and could have been deemed spamming. Some have regarded Twitter NG to be the largest African market Twitter commands, so risking that market for influencers might have been too big a risk, so the influencers got cut.

Usually, some suspended accounts get reactivated within 24 hours. Sometimes though, reactivation takes months to never.

Ordinarily, they are basically social media users with high following who charge money to change brand opinions – not to be confused with ‘Digital marketers’ who drive traffic to certain phenomena.

In Nigeria though, we have conflated the two to mean the same thing, so ‘influencer’ is now a colloquial umbrella term for people in the digital marketing/influencer space.

Ordinarily, social media and the internet will always be veritable and potent tools during elections, and somehow, they will be used to push agendas. However, what matters is how you use social media. If it is for information dissemination or promotion, social media will be a reasonable tool.

But when it comes to propaganda machinations, smear campaigns by digital marketers/influencers, that might mean an abuse of these platforms, especially when these propaganda become trending topics and reach higher on a list of trending topics like some hashtags – RestInPeaceAPC or RejectBuhari seem to have done over the past 48 hours, there might be a problem.