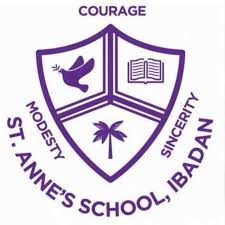 Ahead of the 150th anniversary of St Anne’s School, Ibadan billed for October 14 – 19 2019, the Old Girls of the school have disclosed their plan to raise N250million for the refurbishment of their alma mater.

They also disclosed plan to set up an endowment fund where both old and new students, interested corporate organisations, families and individuals can donate to. A

Addressing newsmen at the weekend in Lagos ahead of the 150th anniversary, the planning committee led by its chairman, Mrs. Funmilayo Soleye, said that many projects which involved the restoration of the school will be commissioned, while school life exhibitions and awards ceremony will also hold as part of programmes slated for the celebrations.

Some of the projects to be commissioned include: re-roofing of classroom blocks; clearing and landscaping of the whole school compound; demarcation and creating of proper roads and pathways to the various houses in the school; enhanced security, which include repair and rebuilding of the school fence, gate and gatehouse; creation of various sports fields; renovation of the school hall; establishment of a vocational centre; provision of a school bus; renovation and return to usage of the boarding houses among others.

“We want to give back to the school that we love by raising funds to repair, restore and renovate the school.

We want to resuscitate our previous culture involving sporting activities and the finer points of education that are not necessarily academic.

“In our time in school, we had a robust boarding house, and a lot of activities that developed the finer aspects of life in a bid to produce complete ladies.

We had clubs like the literary and debating society, the Drama club; we engaged in annual competition between houses covering the Festival of the Arts, with each house representing different cultural aspects of the country.

“In Inter-house sports, covering track and field events, the school produced some national athletes such as Flora Okoli.

These are some of the things we would like to reintroduce back in to the school’s educational system,” she said.

As the oldest institution in the country to provide formal education for the girl-child, she said the topic: “The trials and successes of the girl-child education in Nigeria: The St. Anne’s Story” would be the theme for the celebration.

St Anne’s School, located in Molete, Ibadan was the first school in Nigeria, established solely for the education of the girl-child. It is the product of a merger between two schools in 1950; that is the C.M.S Girls school, founded in 1869 in Lagos and the Kudeti Girls School founded in 1899 in Ibadan, Oyo state. Both schools were founded by the Anglican Church; the merger of two schools produced St Anne’s School Ibadan.