Home News 2019: There will be trouble if APC…
News 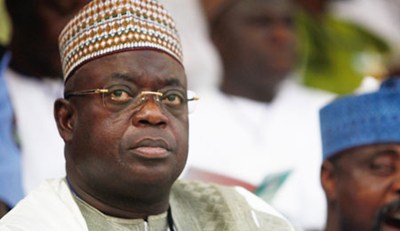 Former Governor of Niger State, Babangida Aliyu has stated that there will be trouble if the President Muhammadu Buhari-led All Progressive Congress, APC, attempts to rig the forthcoming elections.

The former governor said Nigerians are now wiser because of the evolution of new media, ”hence, rigging will be a difficult task”.

The Peoples Democratic Party, PDP, chieftain also called out President Muhammadu Buhari over recent allegations that his family allegedly owned shares in Keystone Bank and 9Mobile saying ”modern technology would reveal if this is true”

He insisted that PDP government performed better than the current APC government while in office.

“In every change of government, the newcomers will tell you that the previous administration didn’t perform well, the idea was to castigate, justify so as to legitimise.

”PDP for 16 years established the foundation for the development of this country,” he said.

He said the APC administration has taken Nigeria back to the “preliminary level of 1984-85s where things started deteriorating”.

“PDP is more familiar with the pattern, understand the democracy, constitution and the people of Nigeria. Nigerians now have an opportunity to compare and contrast between political parties that have served the people,” Aliyu said