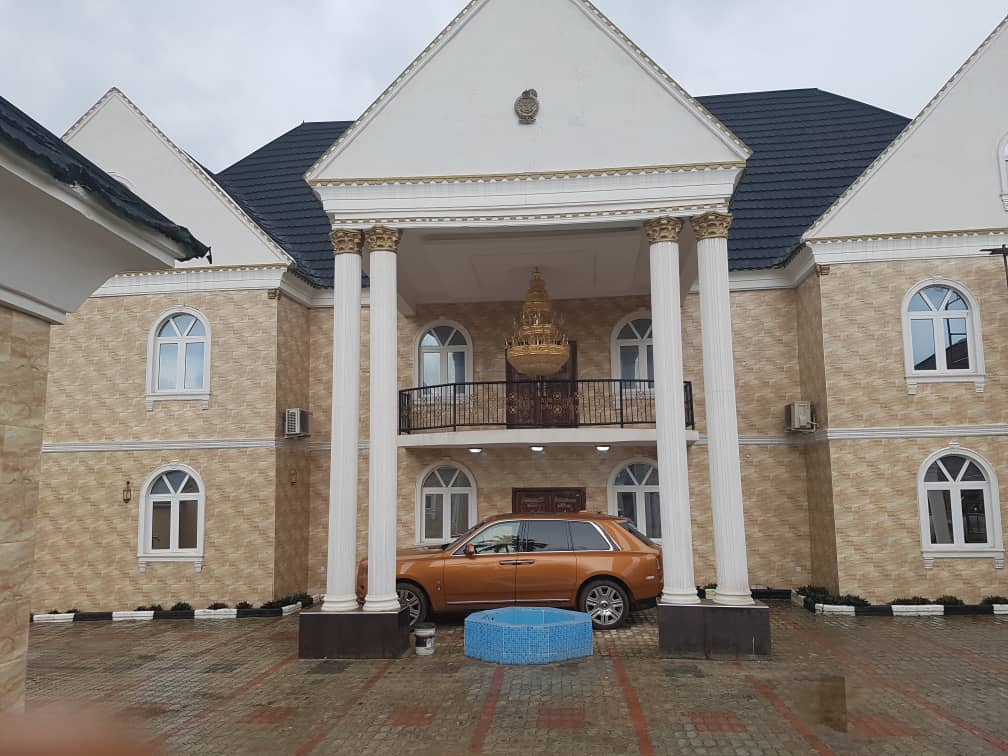 The 3 storey Aare Onakakanfo Palace in Abeokuta is situated on an acre of land near the Ogun River. The Palace has 11 Ensuite Bedrooms,14 Chandeliers, with a very big one outside the house, 4 sitting rooms, one dining room, one TV/Movie theatre room, and an Amphitheatre that has the roof reinforced for use as a helicopter landing pad. The Palace also has 5 Ensuite Bedrooms in the Boys Quarters.

The inside of the house is luxuriously furnished and looks like the inside of Buckingham Palace. The Palace is one of the most beautiful and luxurious houses in Nigeria.

Aare Bolu, who now spends most of each year in his house in Beverly Hills in Los Angeles, quietly moved into his Palace on 29th May 2019, when he came to Abeokuta for the Inauguration as Governor, of Prince Dapo Abiodun, who is his friend and neighbour in a street called Millionaires Close in St.John’s Wood in London.