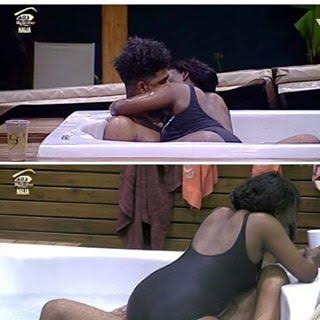 According to Matilda, it is a shame for Thin Tall Tony to deny his wife and children because N25 million which is the prize money in the competition. She even referred to his wife as a fool if she is happy with his acts in the house. Thin Tall Tony has been romantically involved with his fellow housemate, Bisola, for some weeks now. Recall that two days ago, TTT told Bisola that he is a single man “By The Grace of God”. See Matilda’s tweets below 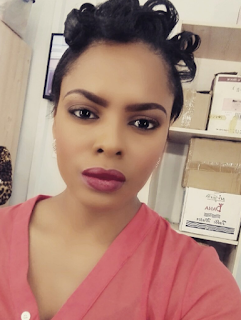 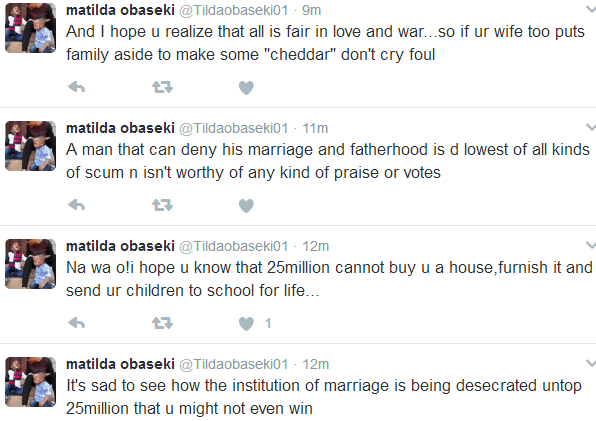 Actress Matilda Obaseki slams BB Naija contestant, Thin Tall Tony and his wife for his sexcapades in the house was last modified: February 21st, 2017 by Reporter

FG reacts to recent attacks on Nigerians in South Africa