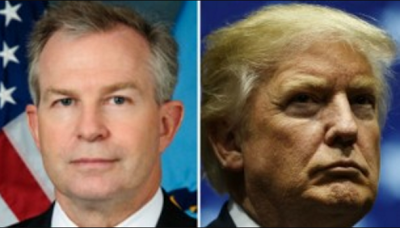 Senior National Security Council adviser, Craig Deare has been reassigned to his old job at the National Defense University after he disagreed with President Trump on his Latin American policies.

During a speech at The Wilson Center, Craig Deare reportedly disagreed with the Trump’s administration’s handling of Latin American policies and also criticized the overall dysfunction of the White House.

Speaking to  reporters=during a briefing, a White House spokeswoman, Sarah Sander said that people who don’t agree with President Donald Trump should not have a job in his White House.

A senior Adviser president Trump reassigned after he disagreed with the US president was last modified: February 21st, 2017 by Reporter