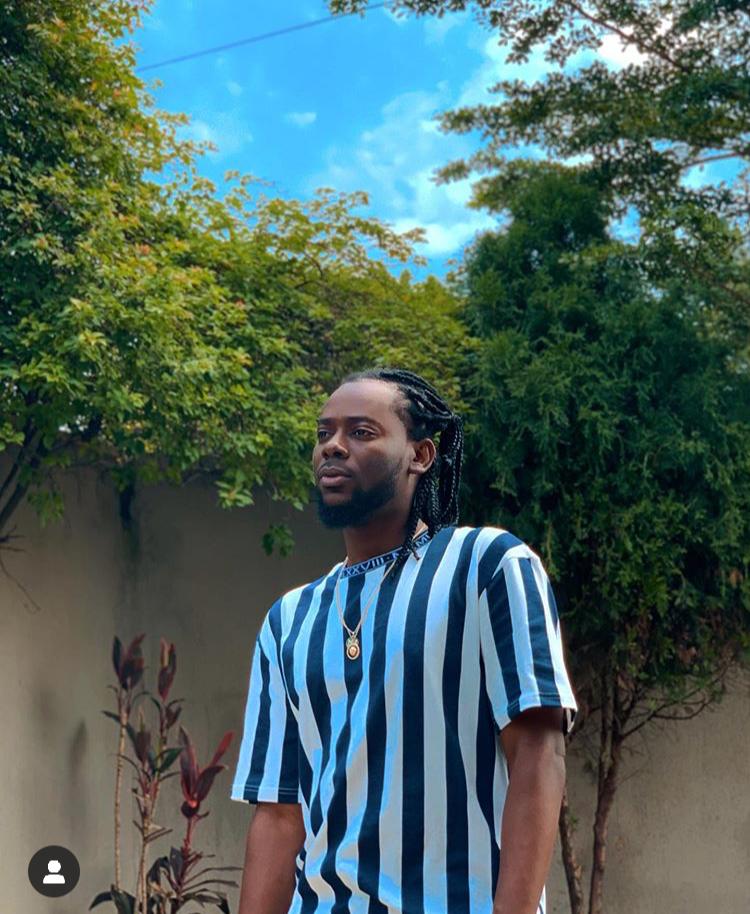 Popular cross-dresser, Bobrisky has shared a graphic update on his reported liposuction surgery to get the perfect body. Idris Okuneye, who strictly identifies as a female took to Instagram over the weekend to share a photo of himself signing a form ahead of his liposuction surgery. He revealed he was afraid of the outcome.

Well, the surgery is over now and he has given an. He wrote Liposuction is not easy mehnnn…. all my body is swollen. I’m bleeding little by little. I can’t wait to show you guys my new body. I can’t sit in my buttocks for one month Huh??. I’m glad I did dis surgery outside Nigeria. Can’t wait to flaunt my new body

BBN ELLA DISCLOSE HER PLANS TO GIVE UP

BBNaija’s Ella disclosed that she is giving up the dream she has had since she was 9 because making music as an independent artiste in Nigeria quite hard.

She further disclosed that she has been on a rough path lately and also had to pull in all her resources to take care of her sick mother. The BBnaija 2019 Housemate disclosed this in a short video on Instagram

Vanessa Mdee and Rotimi seem to be taking their relationship to the next level. The babe has been away from Tanzania for a pretty long time. She has been spending her time with her new lover, Rotimi, Power actor who is based in the US. Vanessa returned home briefly and an interview where the question of her new relationship with the actor came up. As she answered, she had that honeymoon glow. The one where you smile and blush at the mention of your partner’s name and even when talking about them just sends some butterflies to your tummy. I know this because I have been there. She was asked her if she has plans of moving to the US to be with him and she did not hesitate at all. Vanessa Mdee affirmed that is her plan. so does this mean that you will be visiting the states more often or even consider moving there?” Millard Ayo asked Vanessa Mdee answered saying, “Aaah, yap. But of course, Tanzania is home but because I am in the process of building a relationship with Rotimi I love being with him. He gives me so much joy. He is the type of guy when I am around him I feel free and that this is the life I am supposed to be living. “She spoke about the effects Rotimi has had on her since they met, crediting him with turning her life around, …amenibadilisha completely.

MERCY OF BBN BAGS YET ANOTHER ENDORSEMENT

Winner of Big Brother Naija ‘Pepper Dem’ season, Mercy Eke aka Queen of Highlight has signed another endorsement deal with ‘Just furniture’. Sharing the news via her Instagram page, the reality star wrote; “I am happy to announce that I have joined Nigeria’s number one quality furniture store as a brand ambassador. @justfurniture_ng is an indigenous Interior Design and Furniture store with high standard of products for homes, offices and hotels.My home’s about to be lit can’t wait to see what they’d do with it. Thanks for the love and support so far my darlings, join me on this new journey fam”

Popular disc jockey DJ Cuppy has come out to reveal that some people actually believe she is a jobless billionaire feasting on her father’s wealth. According to Cuppy, most people feel she lazies around all day enjoying expensive ice cream in dream locations. The billionaire hairless who is currently on vacation in Dubai wrote that someone approached her and wondered if she is truly an entertainer as her luxurious lifestyle speaks otherwise. She wrote SOMEONE JUST CAME UP TO ME ASKING IF I’M ACTUALLY A “DJ” … SO PEOPLE LEGIT THINK I’M A PROFESSIONAL PINK-HAIRED BILLIONAIRE HEIRESS THAT EATS GELATO ALL-DAY?? LMAO!!!

Ace Nigerian singer, David Adeleke aka Davido was bewildered on Monday after he misplaced his diamond-encrusted Cartier eyeglass. Recall that Davido had trended online some days ago after he was spotted with the glasses worth millions of Naira. A picture of the eyeglass from IceBox revealed the Price tag of a whooping sum of N4,496,649. He was captured with the eyeglass, for the first time at the naming ceremony of his son with Chioma, Ifeanyi Adeleke. The singer announced with grief on his Insta story yesterday that the eyeglass has gone missing, stating that he’s going to cry because he cherished it so much.

Nollywood actress, Rita Dominic, has stated that 2019 Big Brother Nigeria Winner, Mercy Eke, and boyfriend, Ike Onyema, are making her proud. Rita, who was among the few celebrities that rooted for Mercy during her stay in the BBNaija house made this known via her official Twitter handle. The controversial former housemate, Mercy, met her lover, Ike, during the reality TV show and the duo has since gone on to be an item ever since. What she wrote; “Mercy and Ike making me proud.”

ADEKUNLE GOLD SLAMS AMERICAN EMBASSY IN NIGERIA AFTER HIS VISIT TO THE US EMBASSY IN LONDON was last modified: November 28th, 2019 by Precious Pomaa