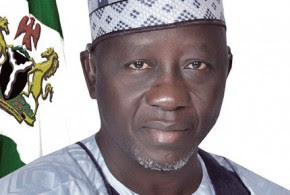 The youth wing of Alago Development Association ADA, has warmed the Governor Tanko Al-Makura of Nasarawa State, not to invite an unimaginable war in the state.

The warning followed the Governor’s recent approval for the establishment of cattle ranches in Alago major communities of Doma, Keana, Obi and Assakio Local Government Areas of the state.

Speaking during a press conference, in Lafia, the state capital, President of the Association. Barr. Iliya Ashokpa Auna, pointed out that that the Alagos, were farmers and descendants of Kwararafa, with numerous culture and tradition, different from that of the Fulanis.

He said Al-Makura was inviting war to the area by approving the citing of the cattle ranches in their areas, ading that the area was already under siege by the herdsmen.

They said that it was ‘unhealthy and a time bomb’ that was capable of causing an unimaginable crisis in future.

He said, “It will naturally be of good conscious to allocate most of these ranches to areas and places like Keffi, Nasarawa and Uke local government areas which have similar cultures, tradition and speaks the same language instead of Doma, Keana, Obi and Assakio.

“We cannot fold our hands and allow our ancestral lands be allocated and taken over in the name of ranches, neither can we allow the relative peace being enjoyed in the Alago nation be disrupted,” he said

Speaking further, he accused the governor of re-locating all the state government projects cited in the Alago nation by the previous administrations to his place and advised him to also cite the cattle ranches in his place.

“It may interest the general public to know that more than six lucrative projects worth billions of Naira were cited in Kwandare village, the governor’s ancestral home with not more than approximate population of three thousand people.

“It is pertinent to also note that while projects worth billions of Naira can be seen in Kwandere, the entire Alago communities put together cannot boast of a completed project of one billion Naira, but the governor finds same Alago communities and local governments suitable for ranches,” he lamented.